Did you know that Scotland's longest continual path runs round the coastline of the Kingdom of Fife?!

At 117 miles long from Kincardine to Newburgh, the path is a varied mix of incredible sights but can be enjoyed in smaller sections. Some of the things you will see are UNESCO World Heritage Sites, world famous golf courses, islands, harbours, large towns, distilleires and so much more.

We will take a look at some of the sections from the south west in Kincardine, all the way to Elie in the East Neuk of Fife.

The Kincardine to Limekilns part of the path contains reference of industry, cultural heritage, valued nature reserve and famous bridges.  This section of the path is 11miles and you should allow yourself 4/5 hours to complete the whole route. Make sure to look out for the Fife Coast & Countryside Trust waymarkera on some of the roads and cycling paths to to make sure you are on the right track. The path eventually joins up with the railway line as you approach the Royal Village of Culross  (of Outlander fame!) and then from here you go round the edge of Torry Bay Local Nature Reserve which has rare salt marsh plant communities. Continue on the path to Limekilns and Charlestown, two wonderful little villages  and stroll along the promenades to the picturesque harbours.

Eventually you will pass Rosyth and one of the most exciting parts of the whole path, you will pass under the Forth Road Bridges including the UNESCO World Heritage Site, the Forth Bridge. From here it is we head to Carlingnose Point Nature Reserve which has a grassland habitat with many species of plants. The views here are really lovely and you can take in scenes from of the estuary, look back at the bridges, and across to Scotland's capital city. The path then dips down onto Port Laing beach which was a seaplane base during the first world war. You will then pass through a woodland and an active whinstone quarry. Keep an eye of for many different varieties of birds here at all times during the year. The path then passes along the town of Inverkeithing which is a royal burgh with a range of really interesting historic buildings including a friary. 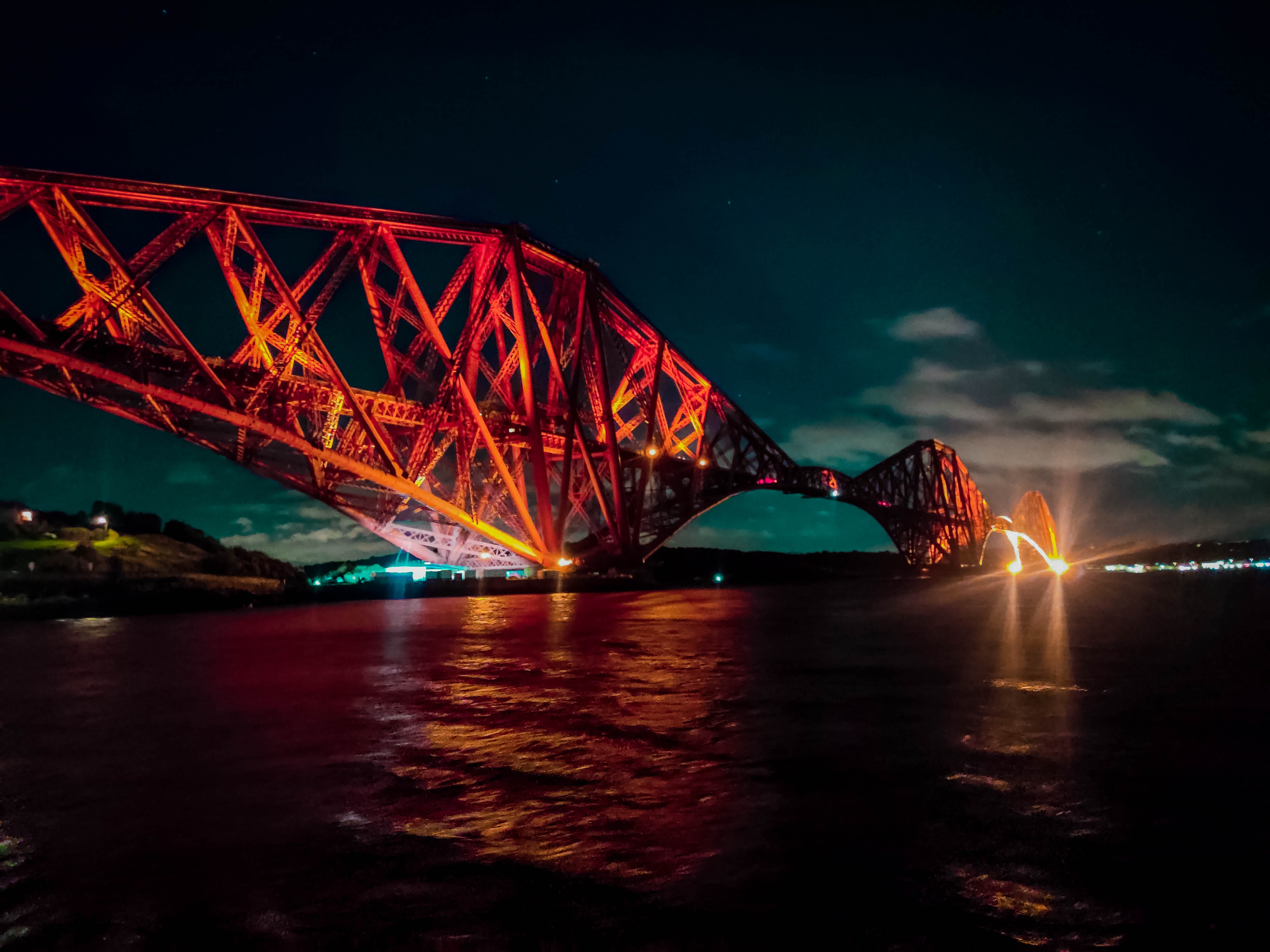 Keep following the coast to the harbour at Dalgety Bay and then to Downing Point, which hosts gun emplacements from the second world war and more spectacular views across the Firth of Forth. Look out for Donibristle Chapel and the ruins of St Bridget’s Kirk as you near the village of Aberdour, another Outlander location. Aberdour casttle is possible the oldest castle in Scotland, In its gardens lies a 16th Century doocot. Beach lovers need look no further as this town has two amazing beaches to rest those tired toes.

After your paddle, head to Hawkcraig cliffs and through more woodlands to Starley Burn which actually has some waterfalls, The path then leads on to Burntisland which is an historic and beautiful town with featuring many cafes, shops, accommodation, sandy beach, summer fair and make sure you try Novelli's Ice Cream Shop!

The path from Burntisland to Kinghorn, passes a monument which is where is is said that Alexander III fell to his death sparking the wars of Scottish Wars of Independence. Eventually you will approach Kirkclady and pass the 16th century Seafield Tower. You will again see many birds and seals before eventually approaching the Kirkcaldy Esplanade in the heart of the large town. The path eventually leads to Pathhead Sands where you will find the uniquely built Ravenscraig Castle, built by James II for his wife Mary of Guelders. It was built for attack rather than defence.

Follow the path east until you arrive at the extremely charming Dysart Harbour. Dysart is also a Royal Burgh which dates back to the 7th century. The restored Pan Ha’ red tiled cottages make for a perfect photo so cameras at the ready! 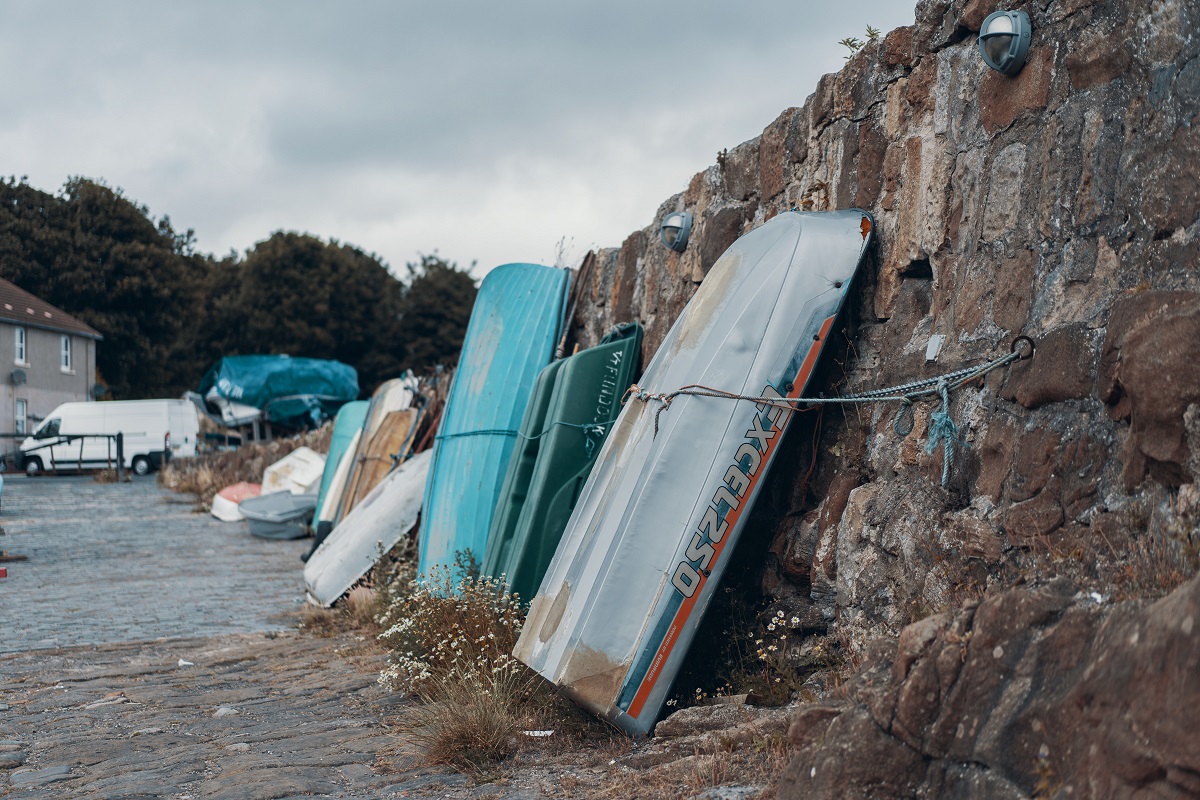 From Dysart the path ventures over Blair Point to a walled chapel garden, the private burial ground of the Wemyss family. West Wemyss was one of the most important ports in Fife, as it traded in coal and salt with the Continent. The path passes Wemyss Castle en route to East Wemyss. This castle is said to be where Mary Queen of Scots met her future husband, Lord Darnley. You can follow the path past the remains of Macduff Castle, which is said to be linked to the Thane of Fife, who killed Macbeth, and along the old tramway to the village of Buckhaven.

From Buckhaven you will pass through the industrial areas of Methil and Leven. It is here you will see what was at the time of construction, the world's largest and most powerful offshore wind turbine.

From Leven, you will walk to Lundin Links along a lovely beach. At high tide you will need to use the alternative route, which follows a grassy path through the sand dunes. From Lundin Links the route crosses the Keil Burn to Lower Largo which was the birthplace of Alexander Selkirk. Selkirk was the inspiration for Daniel Defoe’s Robinson Crusoe. The route follows an abandoned railway and coastline before the stunning Largo Bay stretches out before you and looks like something from the Mediterranean on a sunny day. Prepare to paddle!  The path then goes from Shell Bay to Kincraig Point. There are two route options here, one goes over the cliff and the other to the "Chainwalk" – a series of chains set into the cliff. You will then go through the golf course, and onto the stunning East Neuk villages of Earlsferry and Elie.

Discover amazing things to see and do in Fife at https://www.privatehousestays.com/regions/regions-sub/fife