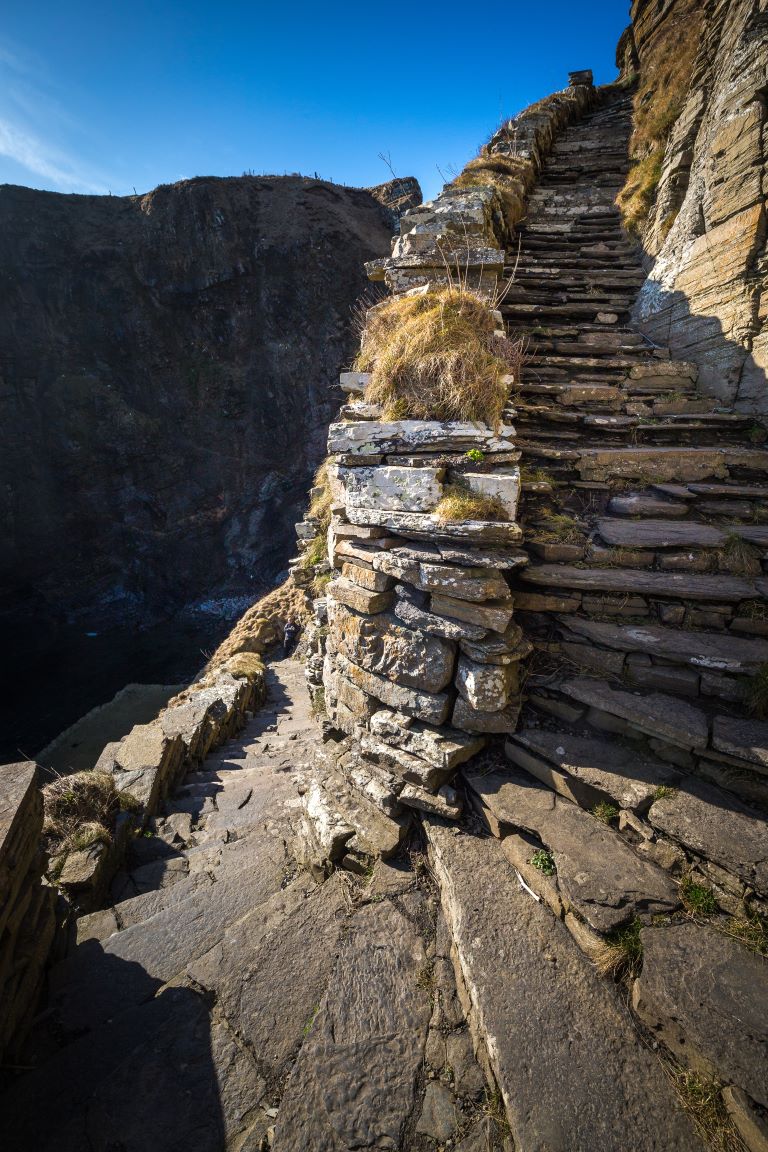 The Whaligoe Steps is an artificial staircase of 365 steps that descends to a naturally formed port between two sea cliffs-once a landing site for fishing boats. These steps are located on the northeast coast of Scotland, south of Wick's town in Wath. They dated back to the mid-18th century and used fishers to drag herring rings that landed in the port below.
In the early 1970s, certain female crew members would fish out, then carry them into a basket, and then walk to Wick, about 7 to 8 miles away, for sale. The bucket in the bucket on the cliff's top was removed, salted herring was put in, and then taken away by the caravan.

Although it has become a popular attraction today, it is well known that "Whaligoe Steps" are hard to find because these steps are not marked on the main road.
Oyster flycatchers and terns build nests on the edge of the cliff, hovering along with the wind and water. The sea cave provides another opportunity for exploration. These steps were restored in the early 19th century and recently. The late Etta Juhle cleared about 30 tons of rubble alone in 1975 after a landslide. Since 1998, David Nicolson of Ulbster has worked with local historian Iain Sutherland and many other volunteers to repair the leather pot. The stone is quarried and moved by hand in the summer. It cuts the grass on or under the cliff about every three weeks. "Whaligoe Steps" has twice won Shell's Best of the UK Award. In 1808, seven ships worked in Whaligoe. By 1826, their number had risen to 24 but has since dropped rapidly.