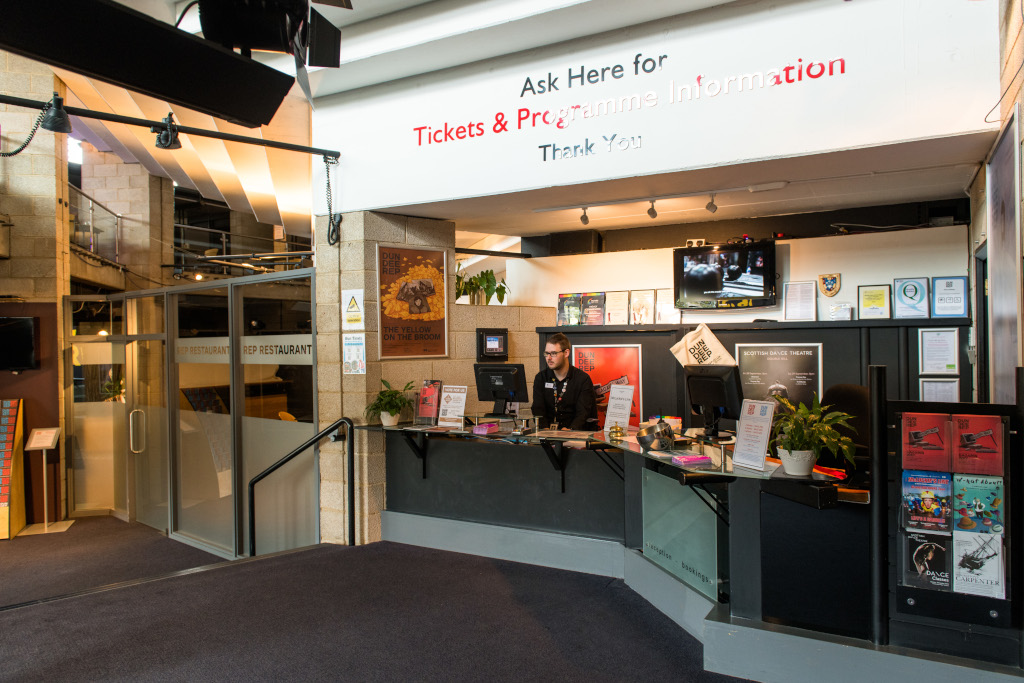 Situated in Tay Square, in Dundee's cultural district, the Dundee Rep is one of the UK's busiest regional theaters with over 70,000 spectators a year.

In 2004, the Critics' Awards for Theatre in Scotland presented the Dundee Rep with their awards for Best Creation, Best Artistic Director (Dominic Hill), Best Actor (John Bett), Best Direction, and Best Music (for the Twelfth Night), and five other nominations. That year, a new dance studio was added to the building, which also houses a restaurant with space for concerts, poetry readings, and exhibitions.

While the Dundee Rep regularly creates its productions, it also hosts pieces from the classical repertoire and works by contemporary authors. For example, the company recently performed William Shakespeare's tragicomedy, Le Conte d'hiver, in Iran, under the British Council's auspices. The play was staged at Vahdat Hall (Tehran).

In addition to classical and contemporary theater, the hall is home to modern dance, opera, and jazz.

Located in beautiful Aberfeldy in Perth & Kinross, Fernbank House offers a serene retreat experience. Well-located for walkers and nature enthusiasts due to its proximity to popular Munro mountains, this bed and breakfast also hosts in-house yoga weekends once per month.