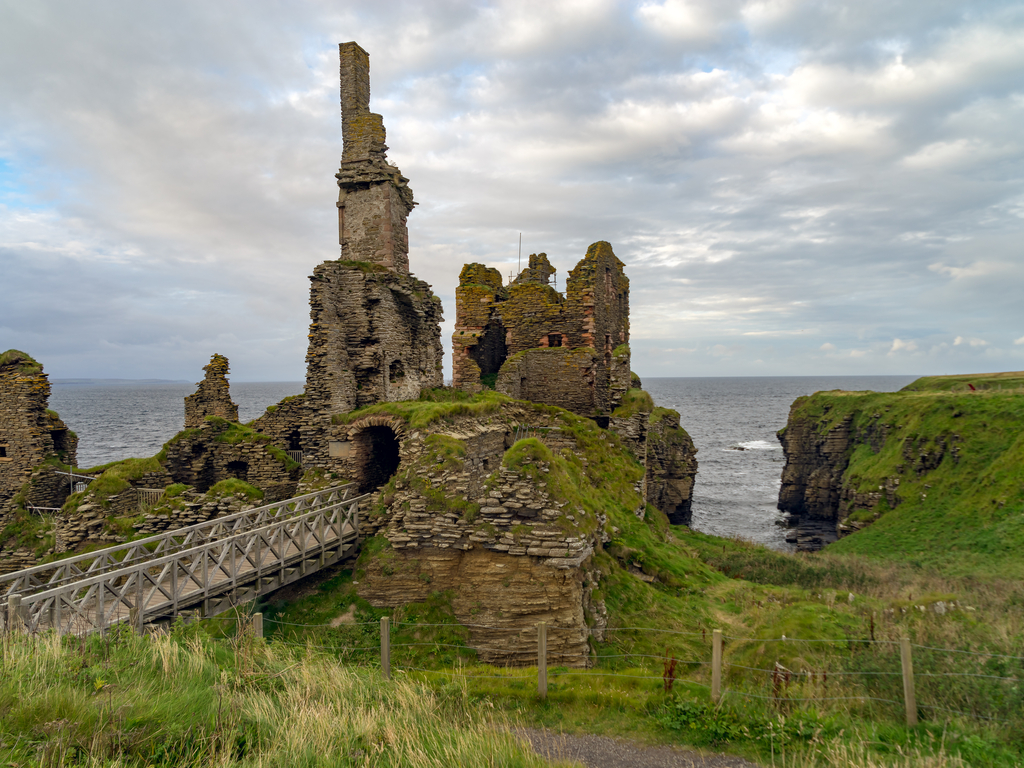 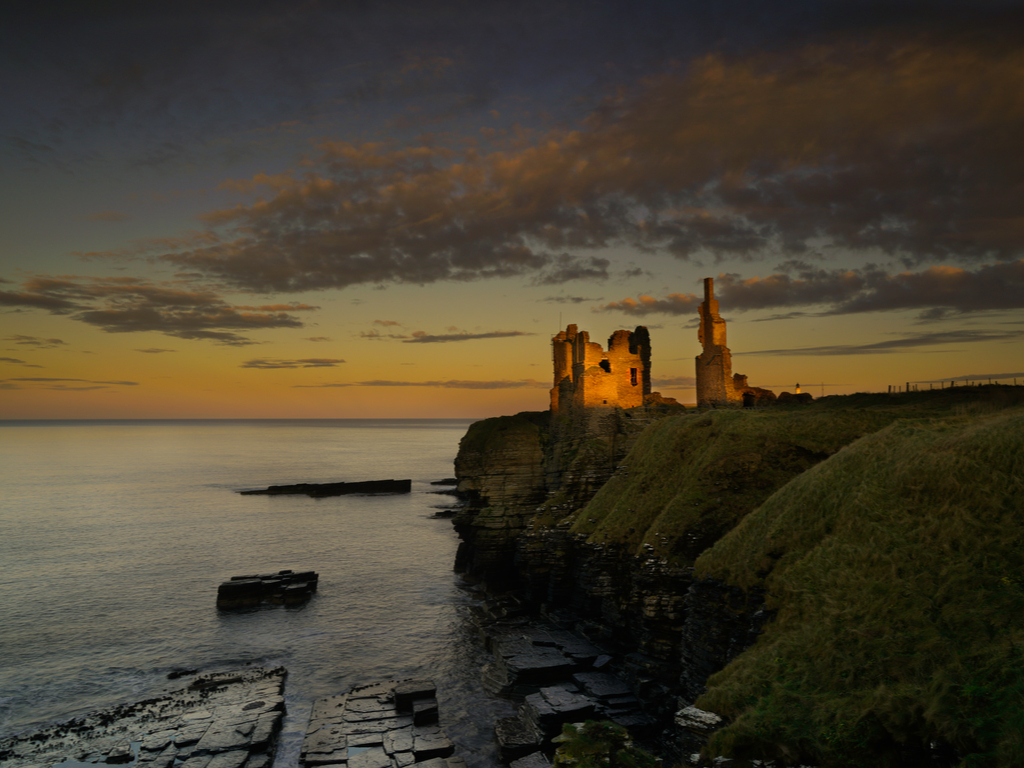 Initially, the castle was known only as Girnigoe Castle. It was built by William Sinclair, 2nd Earl of Caithness. The exact date is unknown and estimated to be between 1476 and 1496, as Sinclair died at the Battle of Flodden Field in 1513. There are indications that the castle may have been built on top of an older fort.

In 1577 George Sinclair, the fourth Earl of Caithness, imprisoned his son John in the castle on suspicion of rebellion. John was held there for seven years until his father fed him nothing but salted beef and could not drink; he died a thirsty fool.