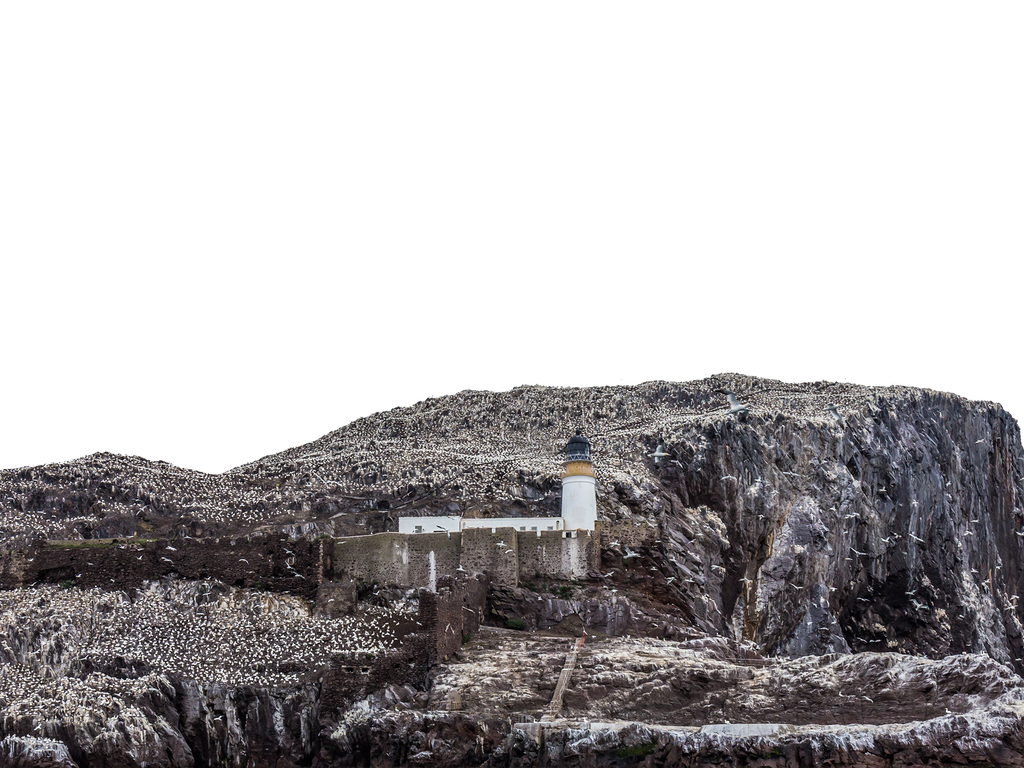 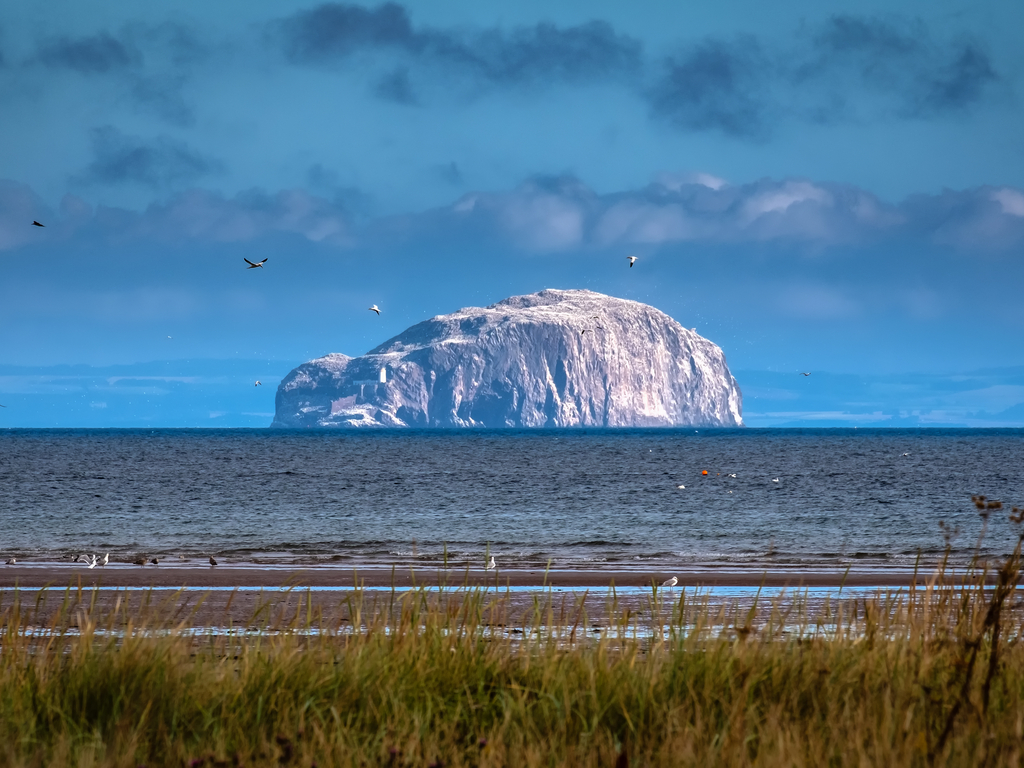 Bass Rock or the Bass is an uninhabited island in Scotland, located in the Firth of Forth estuary in the North Sea, about a mile and a half north-east of North Berwick. The island contains a lighthouse and the ruins of a castle and chapel and is an important nesting site for thousands of seabirds.

According to various versions, Bass Rock was first mentioned in 1316 when Sir Robert Lauder became the first owner as a gift from King Malcolm III of Scotland or William Wallace in gratitude for his help against the English. His family retained ownership and was responsible for constructing the chapel, dedicated in 1542 to the first inhabitant of the island, St Baldred, who lived there as a hermit and died in 606, and probably the castle.