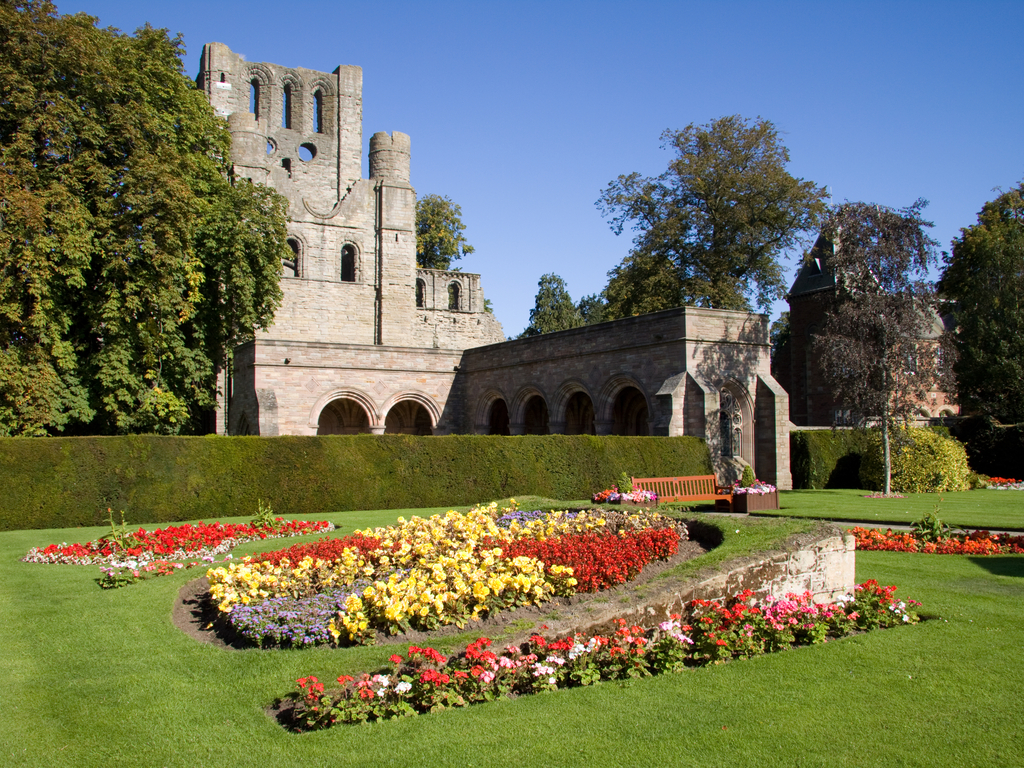 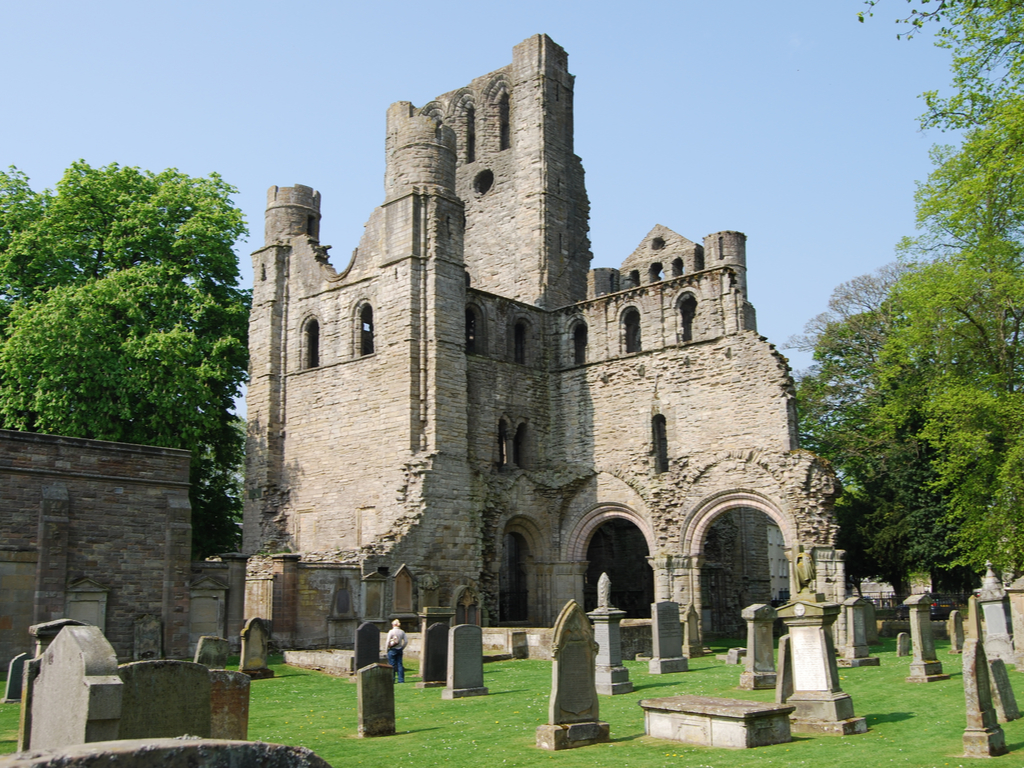 Kelso Abbey is a ruined Scottish abbey located in Kelso, Scotland. It was founded in the 12th century by a community of Tironan monks first brought to Scotland during the reign of Alexander I.

It occupies land overlooking the confluence of the Tweed and Teviot waters, the site of what was once the royal burgh of Roxburgh and the planned southern center for the developing Scottish kingdom at that time. Kelso thus became the seat of a very powerful abbey in the heart of the Scottish Borders.