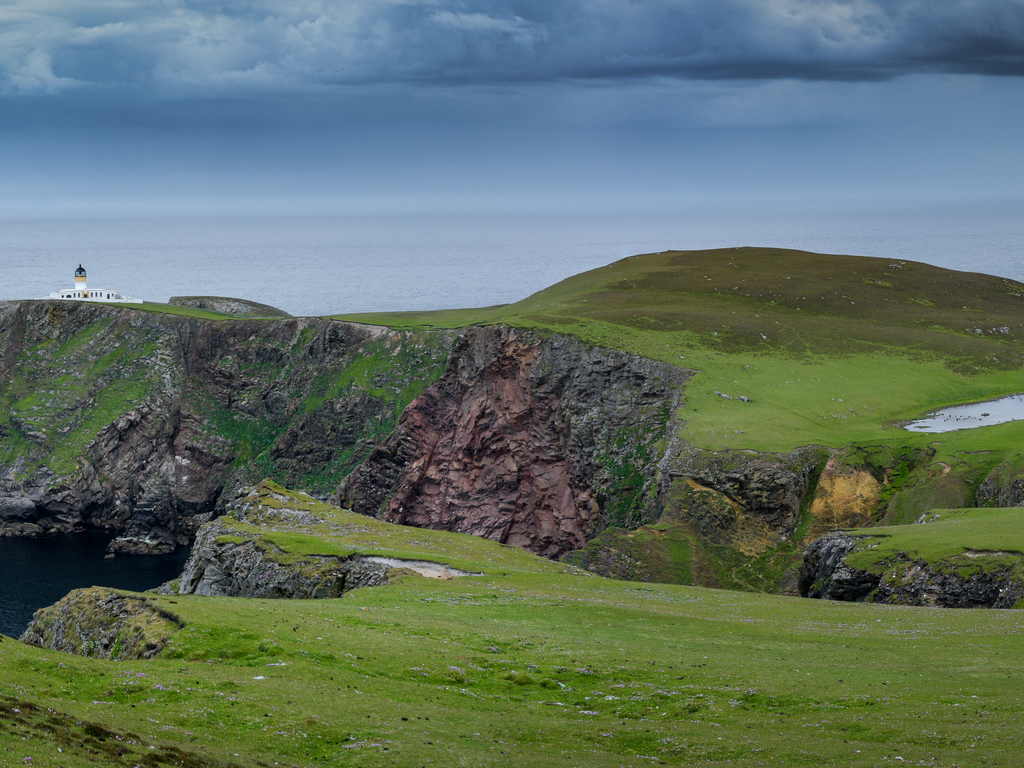 Fair Isle is 4.8 kilometers long and 2.4 kilometers wide, with an area of 7.68 square kilometers. It is the most isolated inhabited island in the UK. The population has declined steadily from nearly four hundred in 1900 to 60 at present and inhabits the south of the island. The west coast is made up of cliffs up to 200 meters high.

From the 9th to the 15th century, Fair Isle belonged to the Kingdom of Norway. In 1469, the Orkney and Shetland Islands were pledged to the Scottish Crown by the Danish-Norwegian King Christian I, who needed money to provide a dowry for his daughter Margaret, wife of King James III of Scotland.

During the Second World War, the Royal Air Force built a radar station. On 17 January 1941, a German Heinkel He 111 bomber crashed on the island. Two of the five airmen died and are buried in the island's cemetery. The remains of the crash are still there.

Fair Isle was purchased by the National Trust for Scotland in 1954 to create a permanent migratory bird observatory. Siberian breeding birds such as the Petchora's Pipit, Lancet's Locustelle, and Pallas's Locustelle can be seen here.