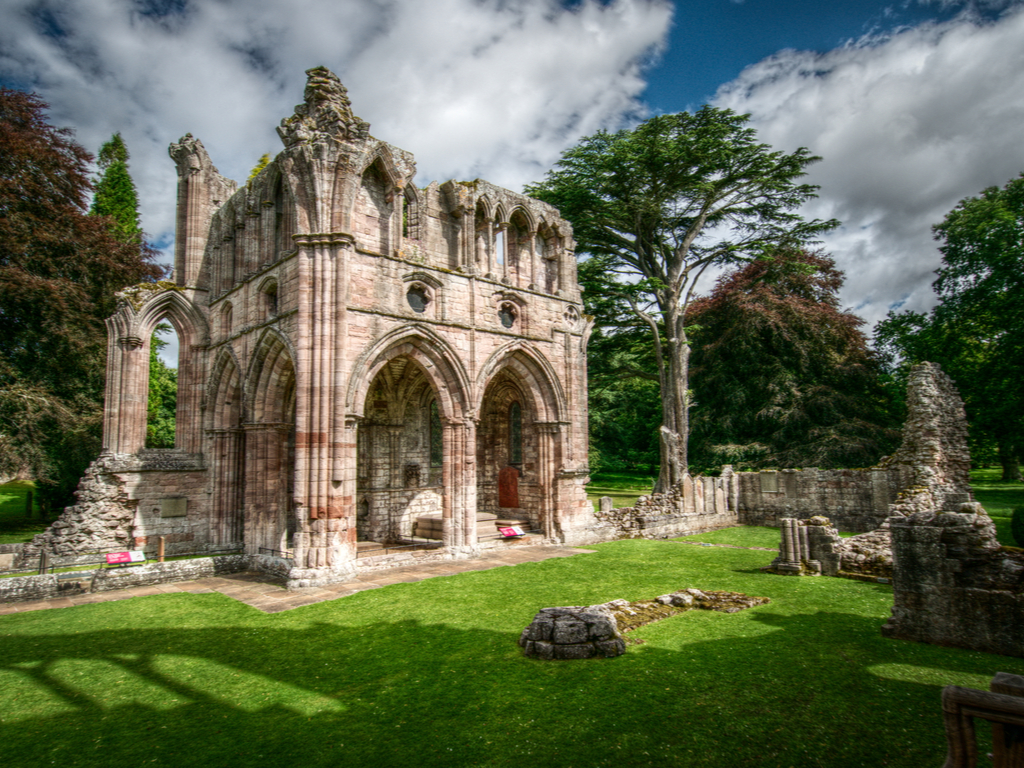 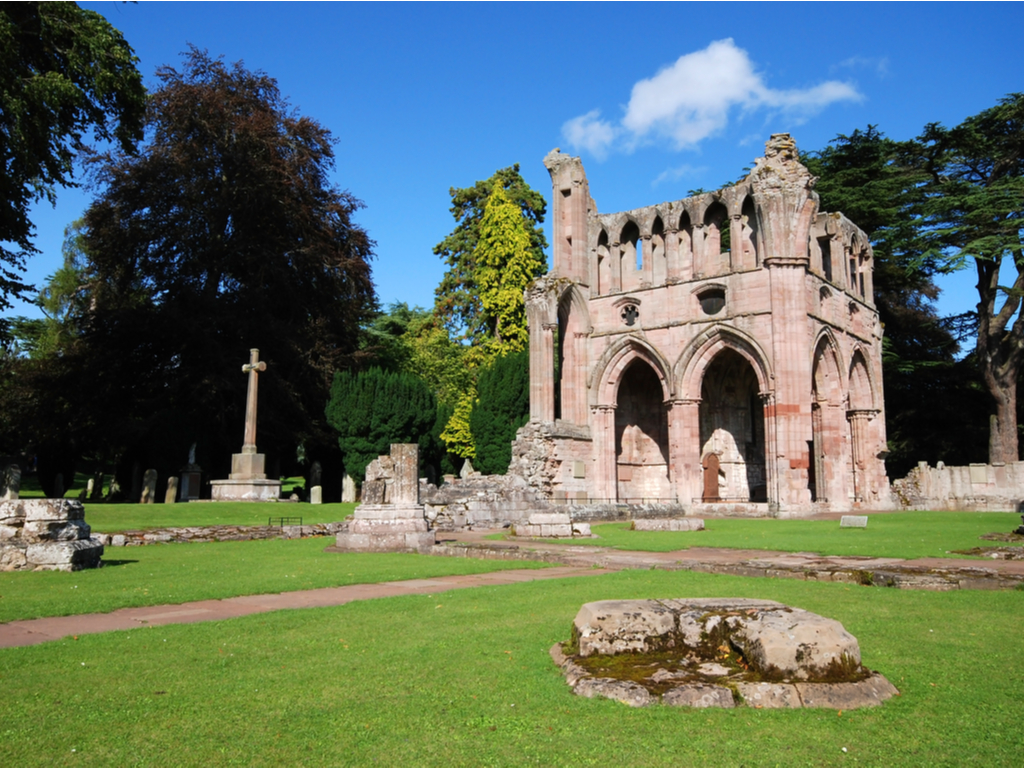 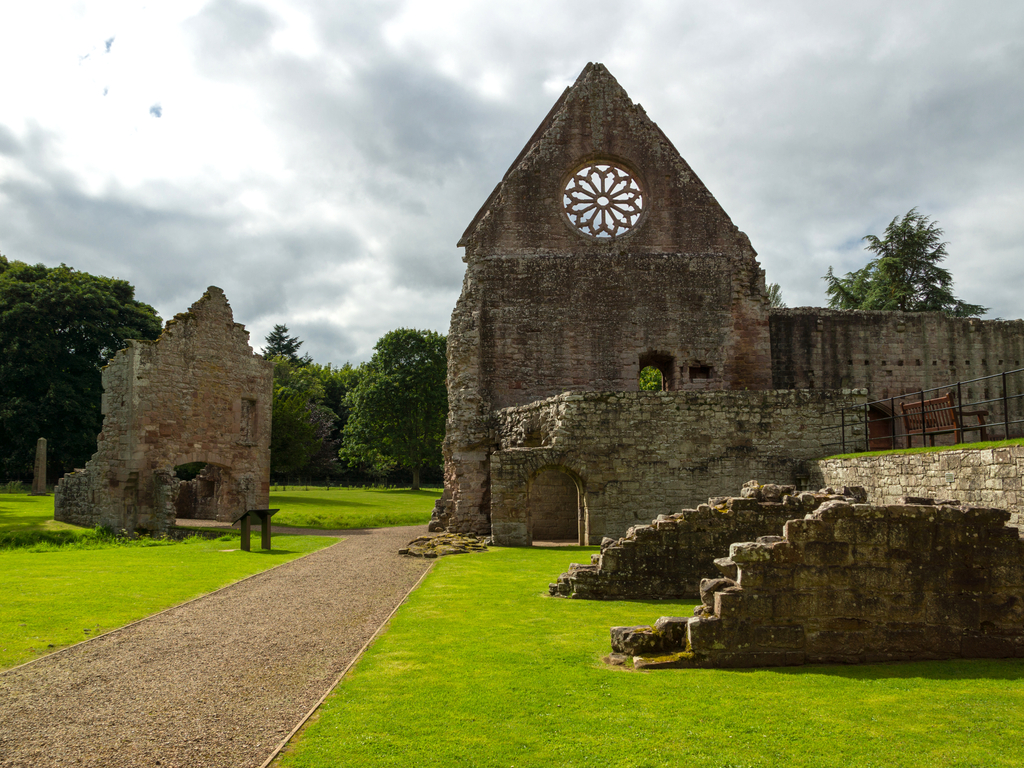 Founded in 1150, Dryburgh Abbey became Scotland's first house of the Premonstratensian Order and today retains a peaceful atmosphere.
Although it has been burned down three times, the chapter house has paintings dating back to its construction and now has some of the best Gothic designs in Scotland.

These graceful ruins became the final place of the 11th Earl of Buchan, David Eskrine in 1829. Sir Walter Scott was also buried here three years later . Access to the property is through the front gates,the approach to the abbey is flat and one can enter without using steps. Most of the abbey, except for the cloister, is accessible.