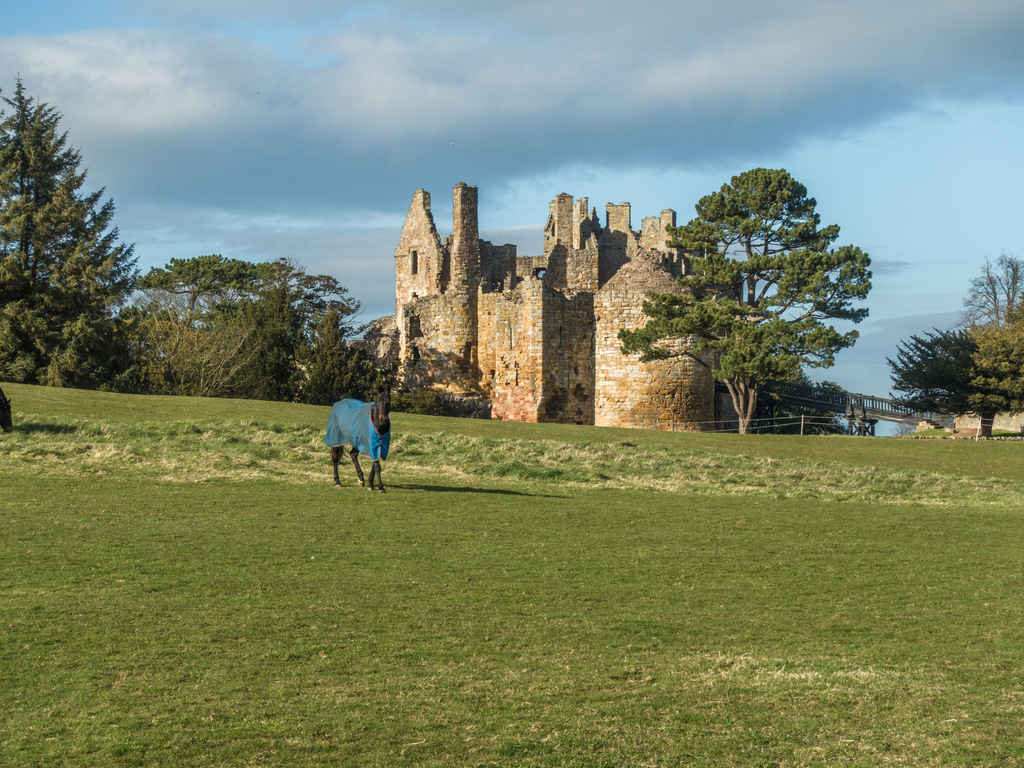 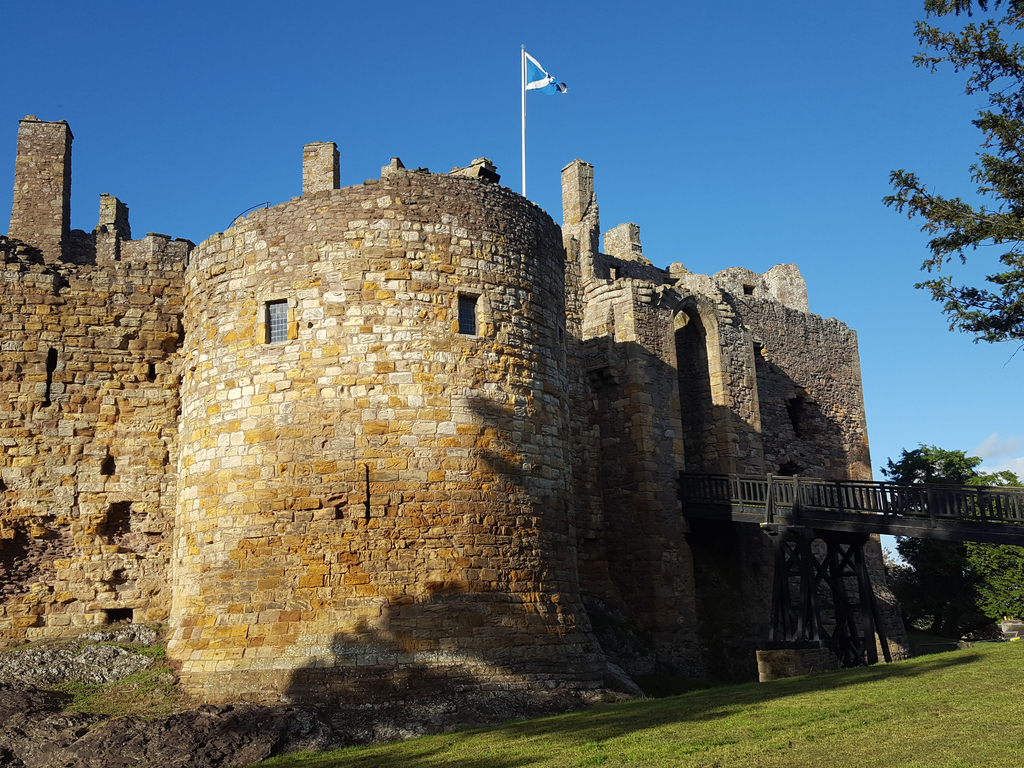 Dirleton Castle is a medieval castle dating back to the 13th century, located in the village of Dirleton in the East Lothian region of Scotland, about 3 kilometers west of North Berwick and 30 kilometers east of Edinburgh.
It sits on rocky earth in the center of the rich farmland of the former Barony of Dirleton. It occupies a strategic position because it defends Edinburgh's coastal road to England through North Berwick's port. The castle is now in vestiges and consists of a 13th-century castle. The Halliburton family added two wings in the 14th and 15th centuries. Only one story remains, and the adjoining house is Ruthvens. The family built it in the 16th century; all other buildings in the yard were demolished.