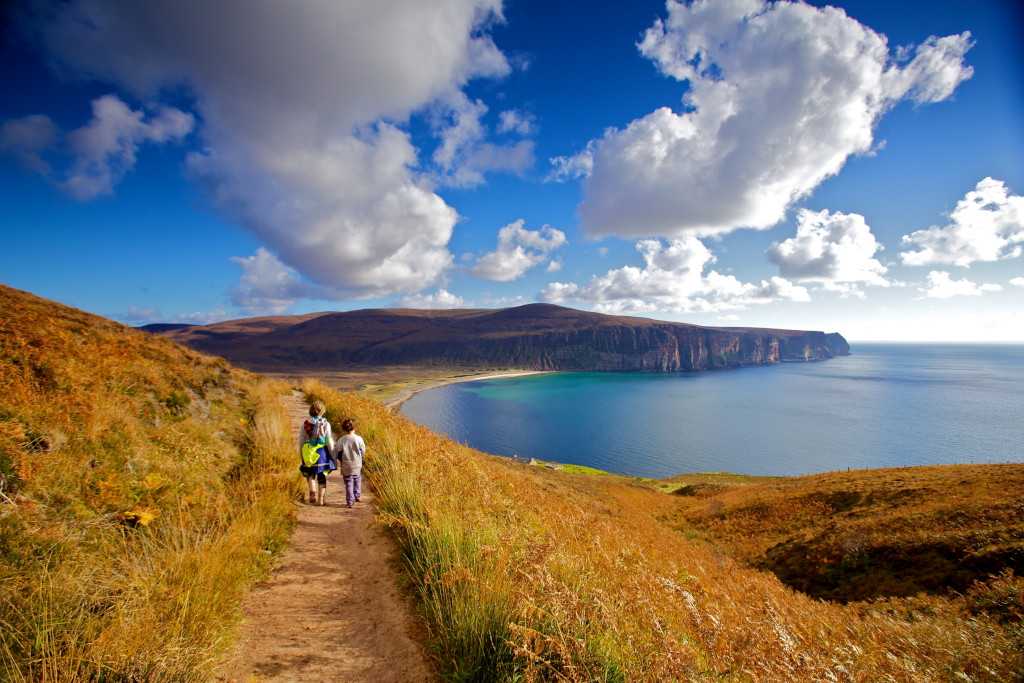 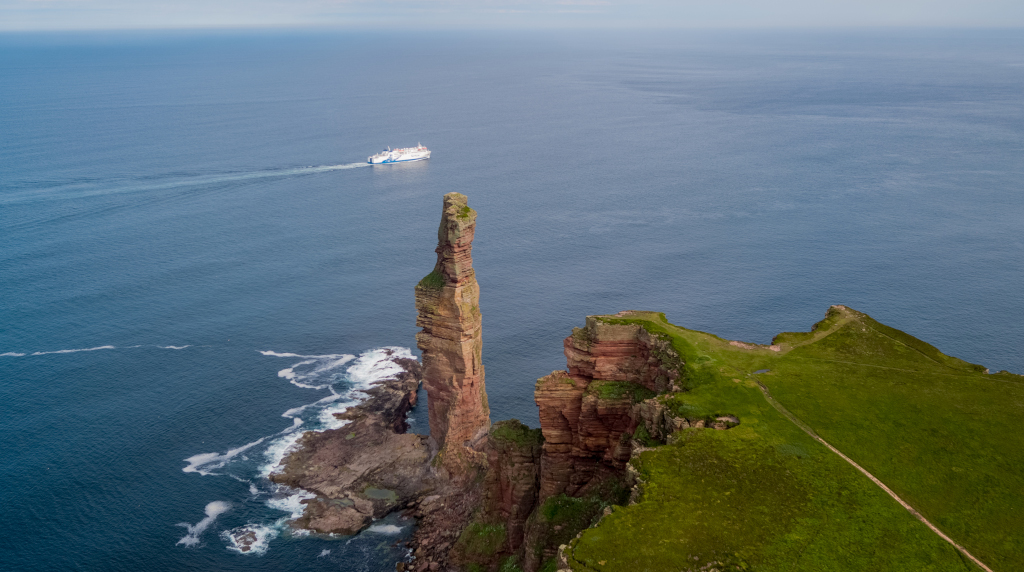 The Old Man of Hoy is a 449-foot sea stack on Hoy, part of the Orkney archipelago off the north coast of Scotland. Formed from Old Red Sandstone, it is one of the tallest stacks in the United Kingdom.The Old Man is popular with climbers and was first climbed in 1966 by Chris Bonnington..  In 2019 Jess Dufton became the first blind man to scale the 450-foot stack alongside his sighted partner Molly Thompson.