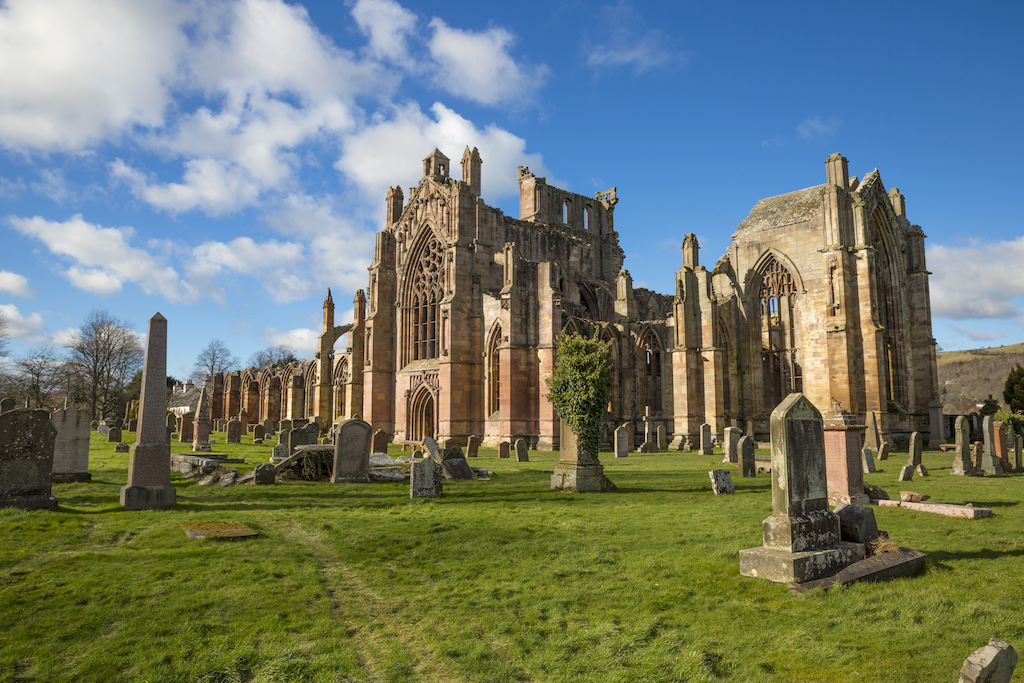 Melrose Abbey is a partially destroyed Cistercian Abbey at Melrose in Roxburghshire on the Scottish borders. It was founded in 1136 by the Cistercian monks at the request of King David I of Scotland, and it remained the principal institution of the state until the Reformation.  The Abbey is now maintained by Historic Environment Scotland as a scheduled monument.

Alexander II and other Scottish Kings and barons were buried at the Abbey. Robert Bruce's embalmed heart was discovered in 1921.

The monastery is famous for its sculptural details, including statues of saints, dragons, stone statues, and plants.