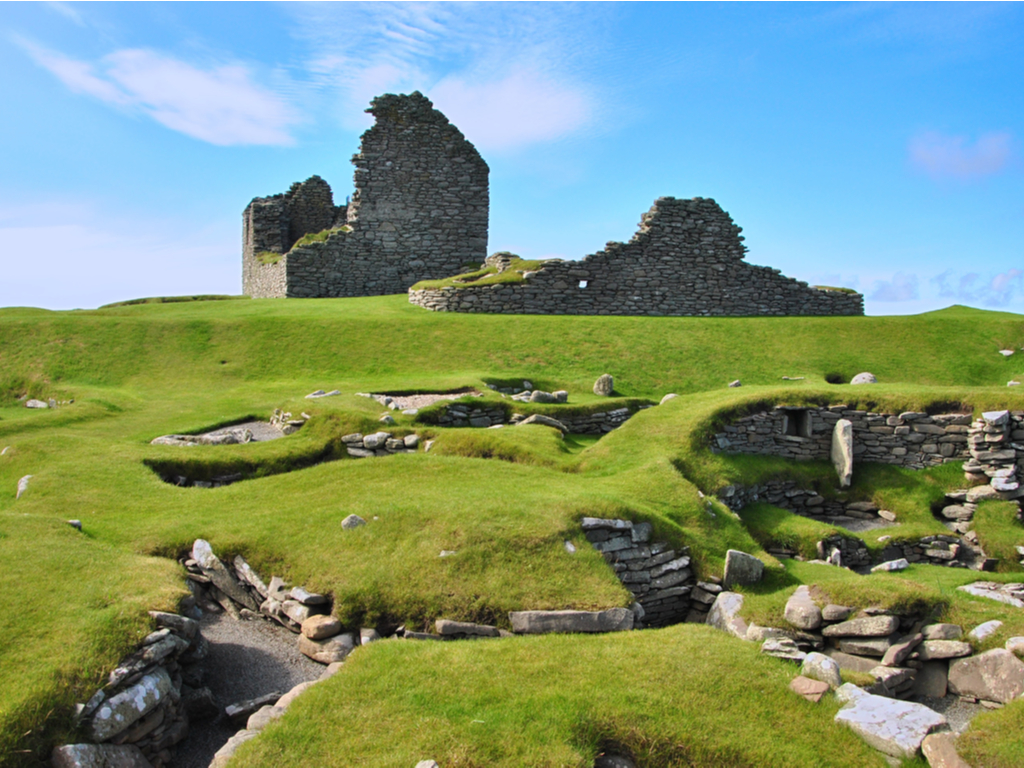 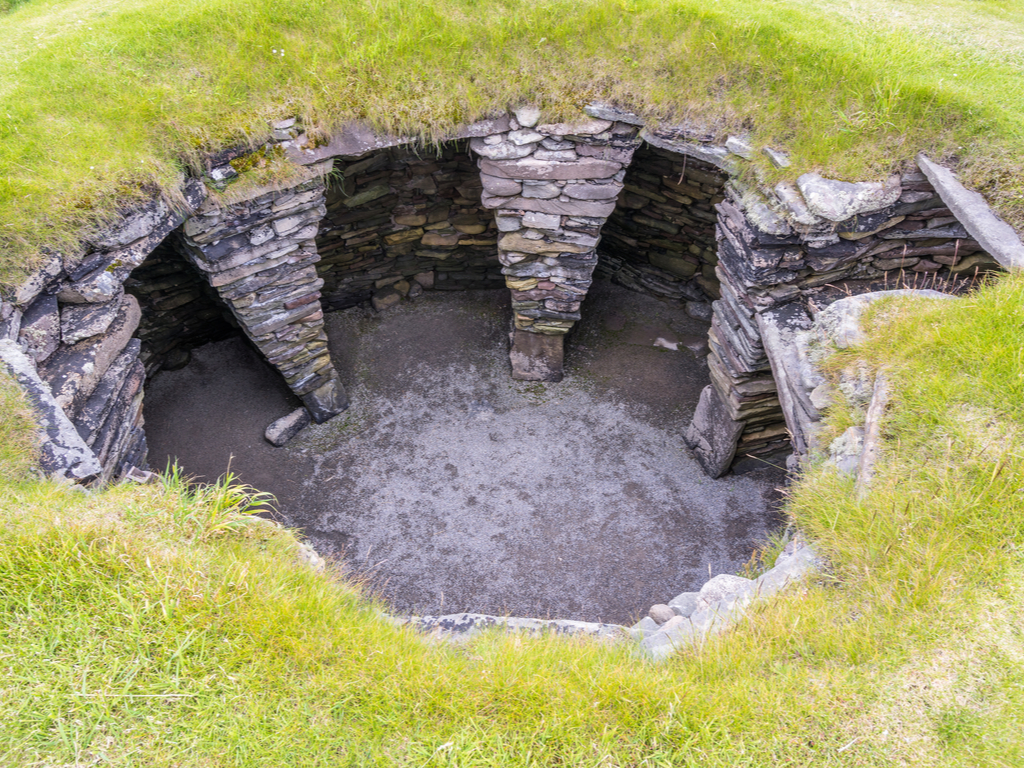 Walter Scott created the name Jarlshof in 1821 in the historical novel The Pirate.

Managed by Historic Scotland, the site is open to the public from April to September. In 2011, the United Kingdom was seeking to have the three areas of Broch de Mousa, Old Scatness, and Jarlshof inscribed on the World Heritage List through a project called The Crucible of Iron Age Shetland.

Gord Guest House is a small family run Guest House. It is located in the centre of Fetlar, next to the shop, making it perfect for exploring around the island.

The accommodation is home to one double bedroom; the beds can be modified to suit guests' tastes, either two twins or one double.  The rest of the facilities in the chalet enable guests to feel completely at home while in the rural beauty of Aithness. With a seating area for rest and recuperation that features an armchair which can be reconfigured into a cosy single bed. The bathroom includes a shower, and the kitchen has everything required to allow guests to be completely self-sufficient.