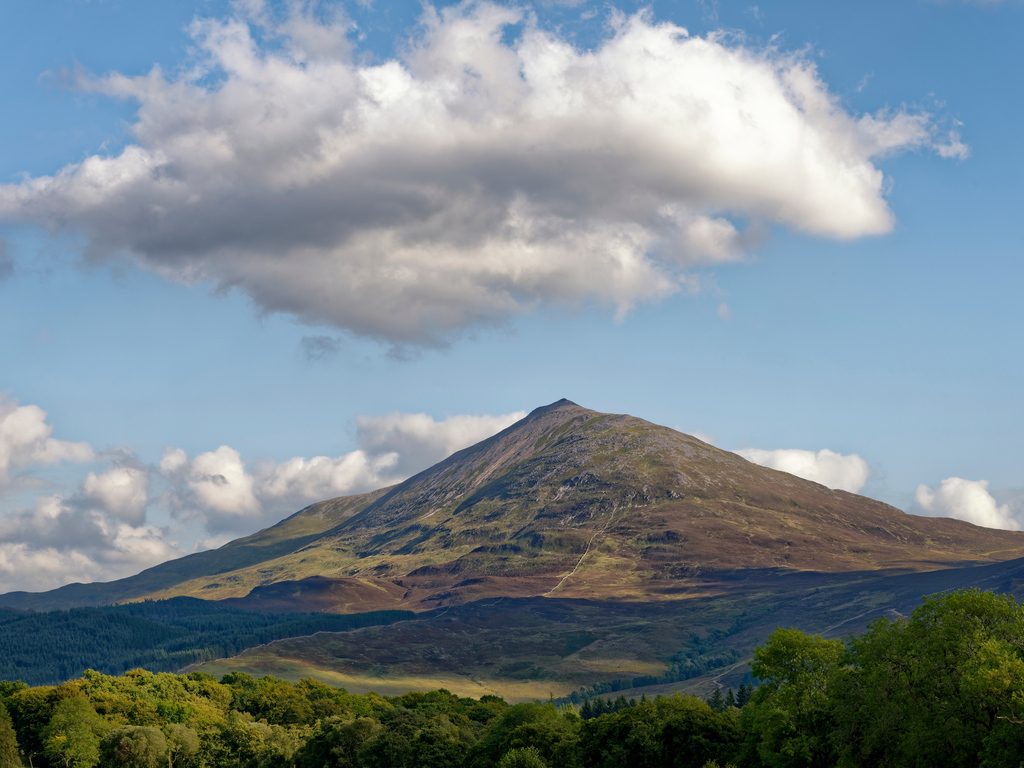 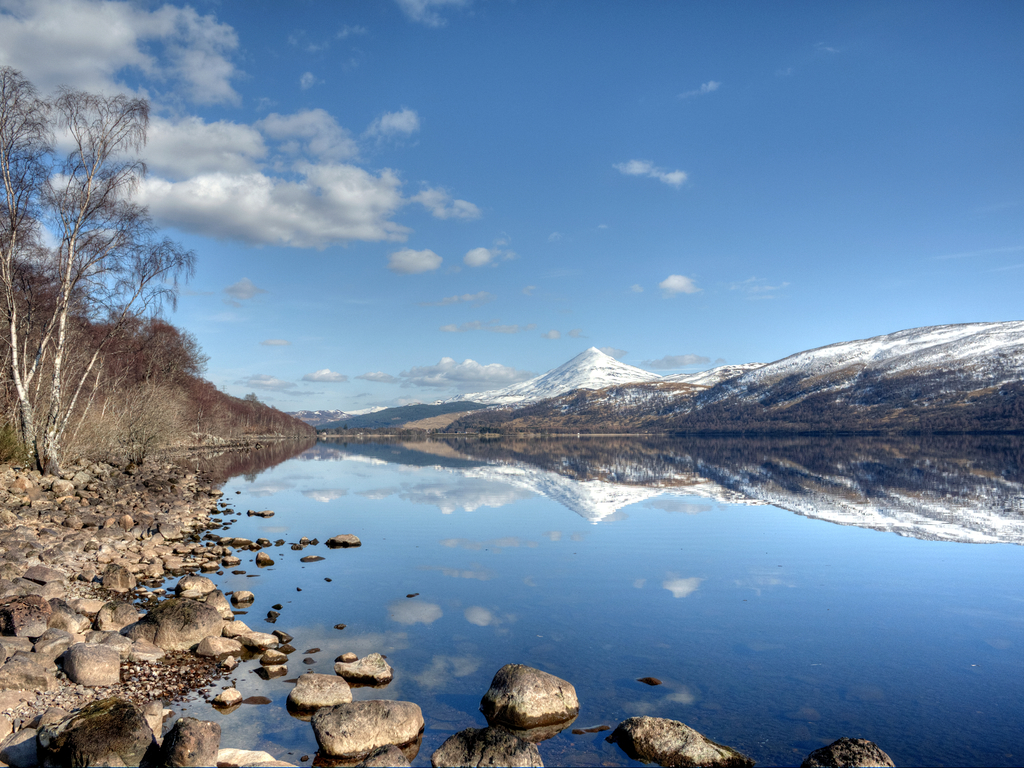 Sometimes described as the 'Centre of Scotland,' Schiehallion lies around 10 miles west-north-west of Aberfeldy, between Loch Rannoch, Loch Tay, and Loch Tummel. Its slopes are home to a wealth of botanical life, with mosses, heathers, and blaeberry; the heather moorland and blanket bog change colour with the seasons. The limestone paving of the mountain provides the nutrients required to support dog's mercury, wood anemone, lily of the valley, and other exciting plants.

Due to its conical shape, Schiehallion is often mistaken for an extinct volcano; however, it was in fact sedimentary processes that formed the mountain. It is mainly composed of quartzite, a white or pinkish rock formed by heat and pressure applied to sand, and its 'volcanic' structure is due to ice erosion.

Notably, the shape and isolated location of Schiehallion led to its selection in 1774 by Charles Mason - a well-regarded 18th Century English Astronomer - for a ground-breaking experiment to estimate the Earth's mass.

Ben Nevis, the highest Munro and the highest mountain in the British Isles is visible to the west from Schiehallion's peak.