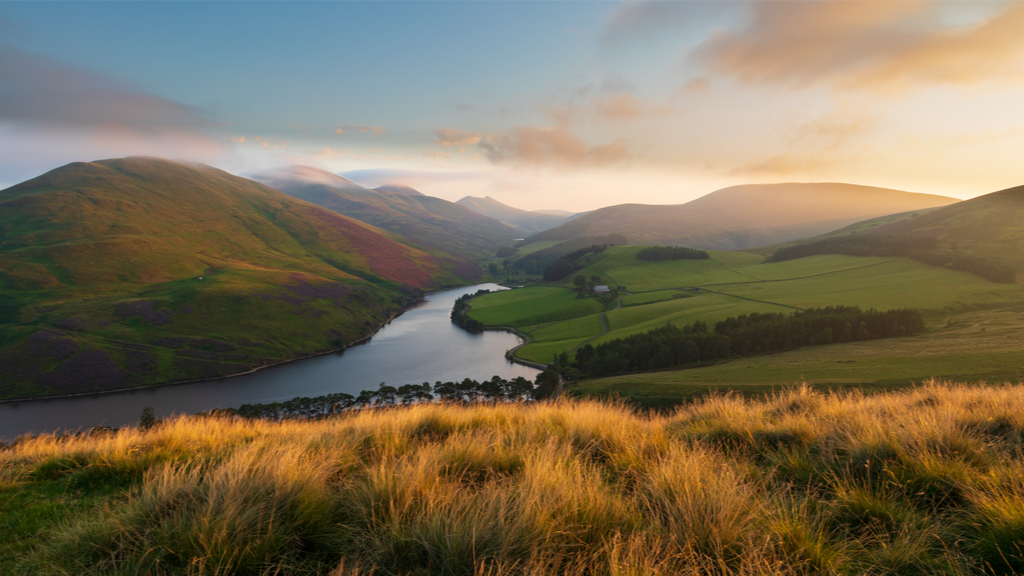 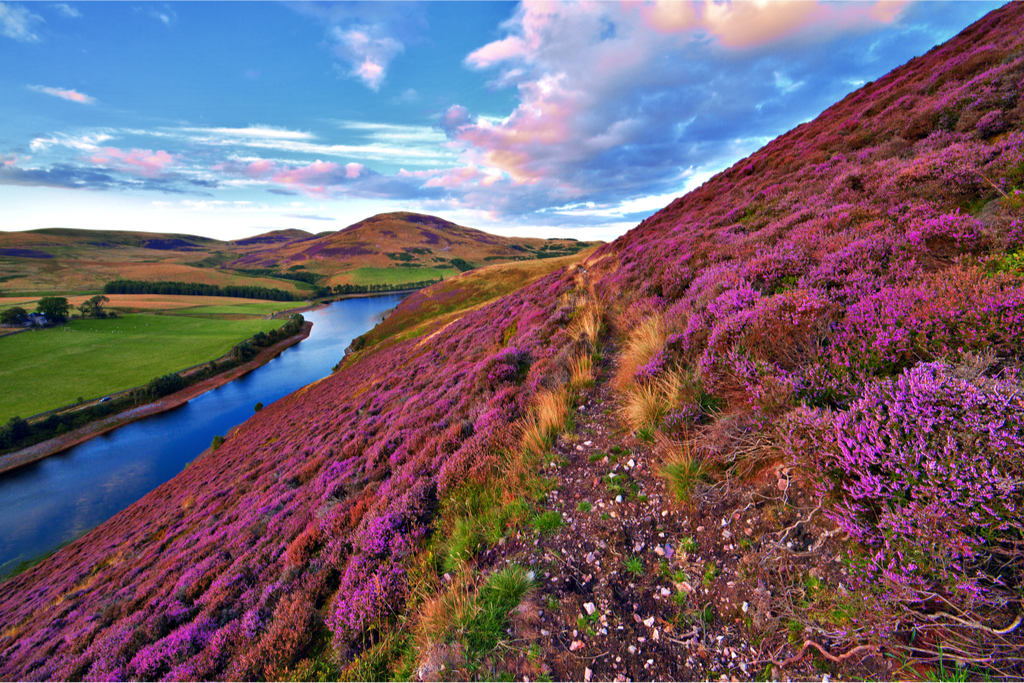 There are many traces of prehistoric settlement in this area. For example, there are the fort and underground at Castle Law and another at Caerketton. The hills were most probably inhabited, cultivated, and defended in pre-Roman and Roman times by the local Celtic people, identified as the Votadini.
At a depth of about 20 meters inside Glencorse Reservoir are the submerged ruins of the chapel of St Katherine in the Hope. The foundation of the chapel is linked to the story of a royal deer hunt.

The Pentland Hills Regional Park was designated in 1986. It covers 90 km2 at the northern end of the hills. Like the rest of the mountains, the park is used for recreational activities: walking, mountain biking, horse riding, golf, and skiing on the artificial track at the Midlothian Winter Sports Centre.
At present most of the area is pasture and some woodland plantations.