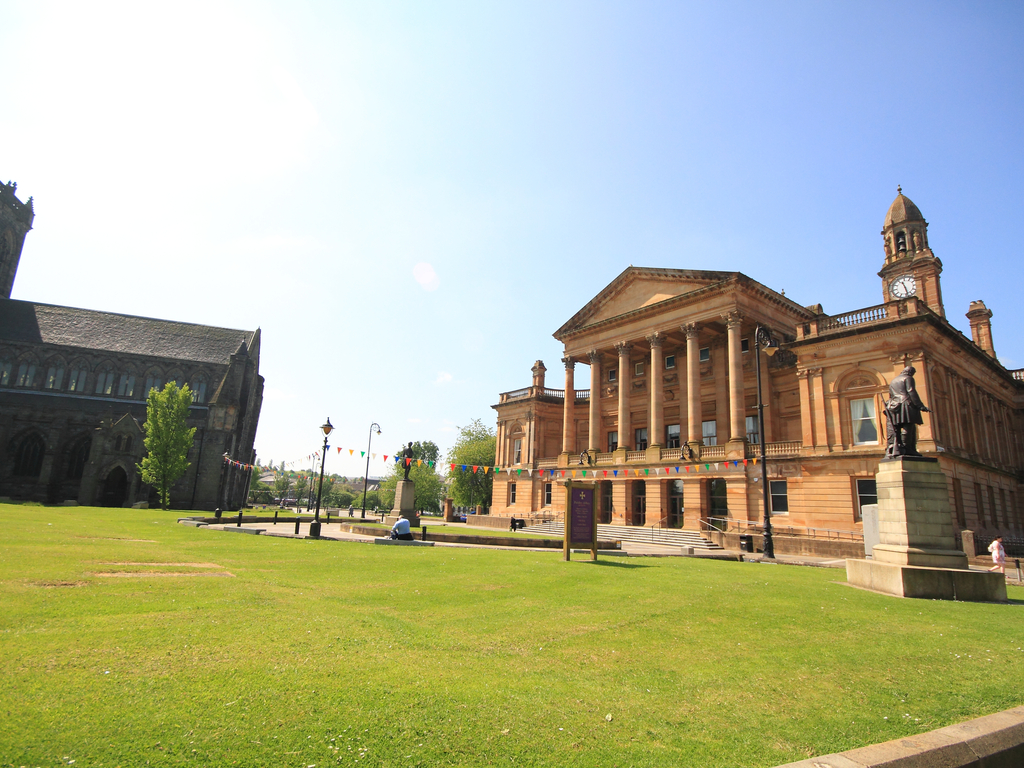 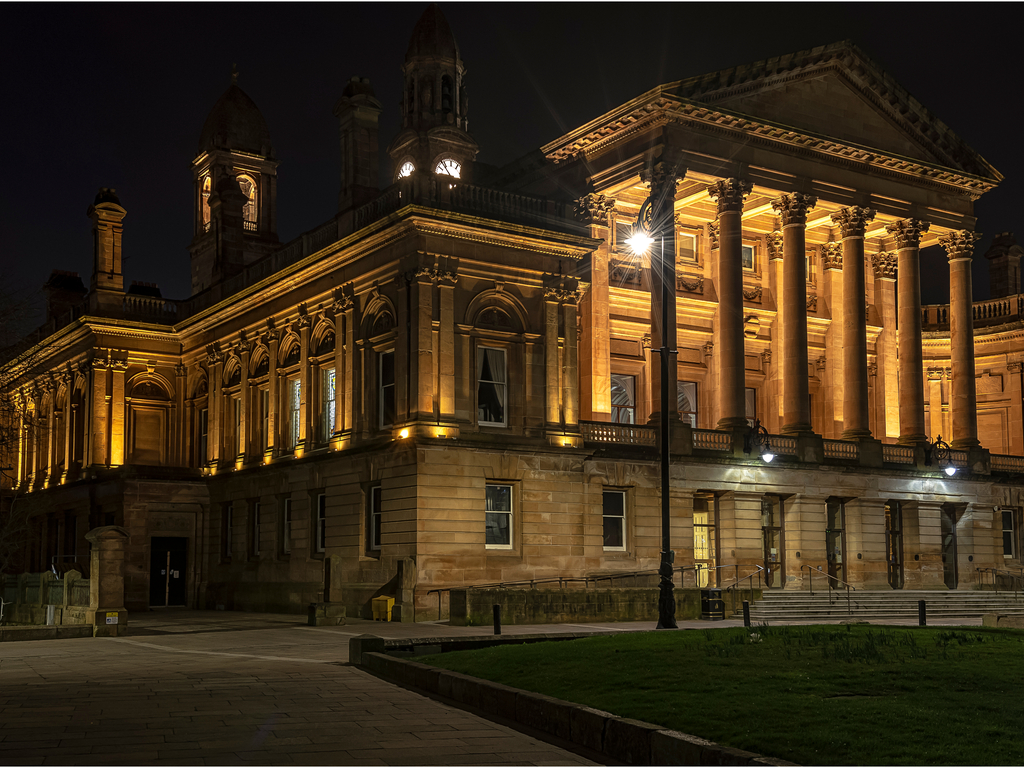 In the middle of the 19th century, the town's administrative center was the old toll booth at High Street and Moss Street's junction.
It was built in 1491, rebuilt in 1610, rebuilt in 1757, and demolished in 1821. The municipal building, where there are the council chambers and offices, stretches eastward along the high street. However, civic leaders needed a public hall where concerts and other public events could be held, and George Aitken Clark, a member of the Clark family who is the owner of Anchor Mills, kept the money for this. The location they chose was just south of the municipal building, which a dyeing factory previously occupied.