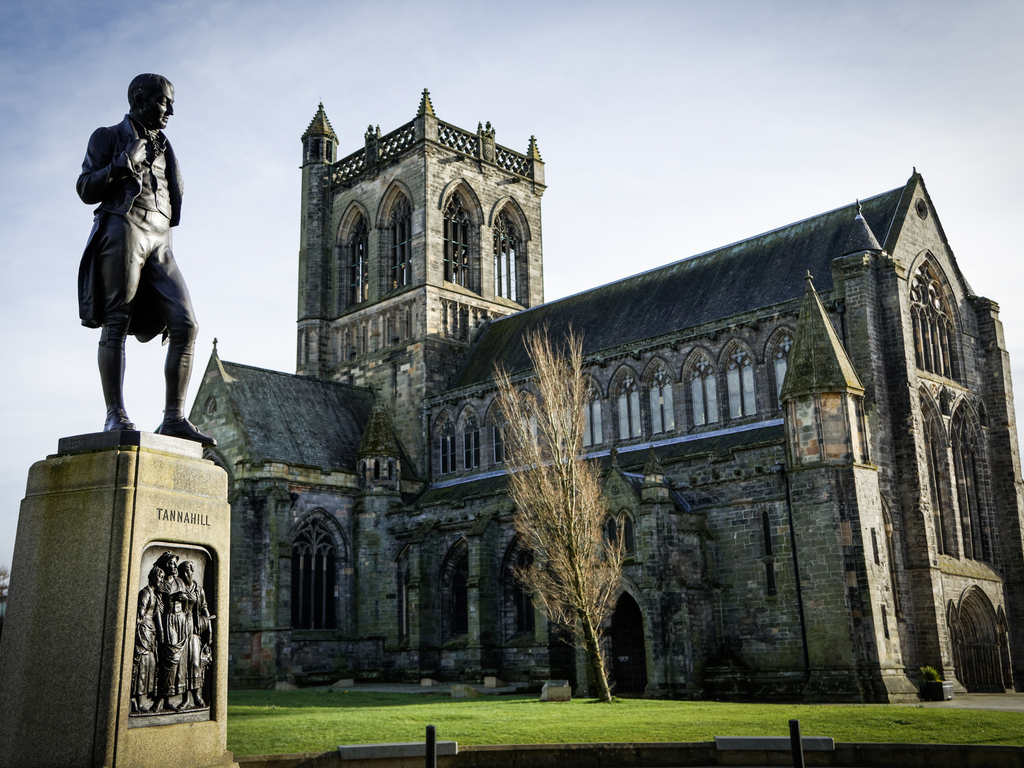 Saint Mirin of Paisley is credited with founding a community on this site in the 7th century. Shortly after his death, the saint was worshipped, and the area became a pilgrimage destination and a place of reverence.
Paisley's name may come from the Brittonic Passeleg, a local form of the Greek word basilica, meaning a significant church.
In 1899, a black granite plaque with Brave Paisley's effigy was placed under the foot of the statue representing Matthew (first canonical gospel). This commemoration seconds the sculpture that already decorates the town of Paisley in his name.