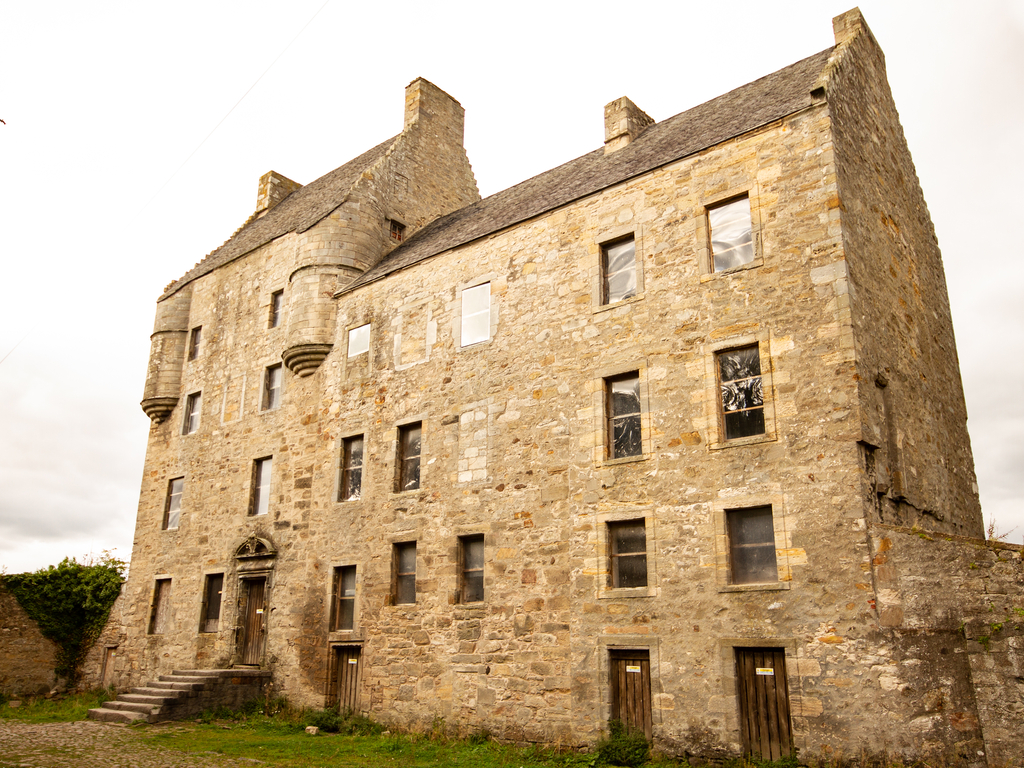 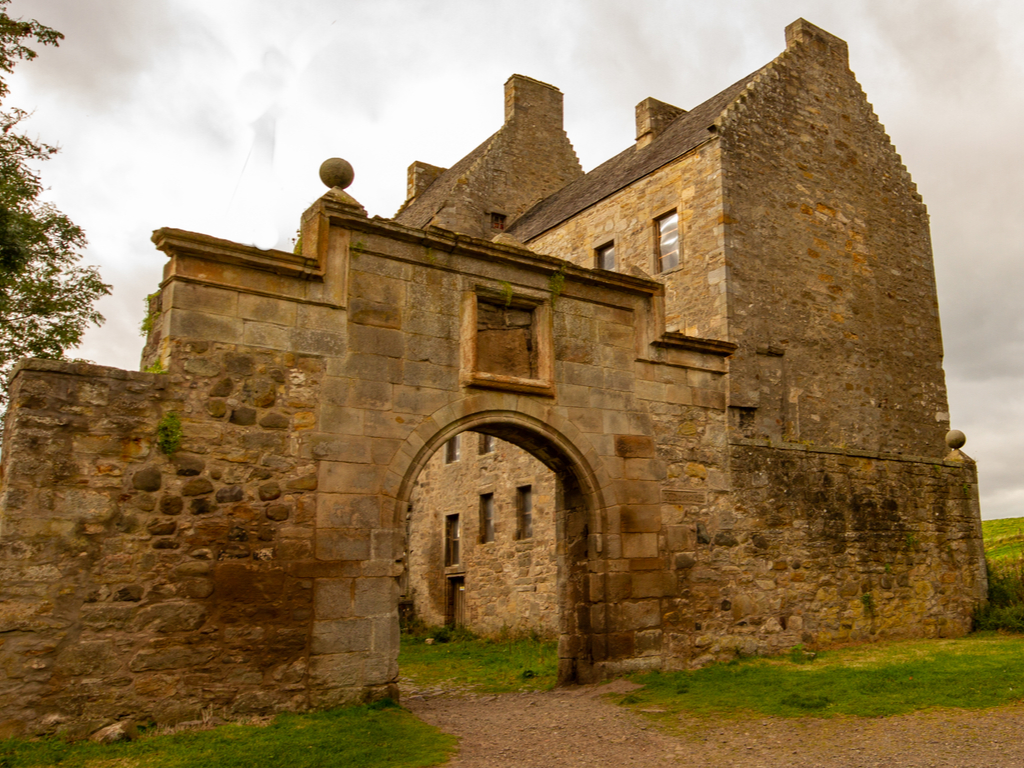 Midhope Castle is a tower house dating from the 16th century. It is located in Scotland, in the village of Abercorn about 4 kilometers west of South Queensferry, on Edinburgh's outskirts, and belongs to the estate of Hopetoun House. The house is a Grade A listed building.

The ruins of the castle that can be seen today are an extensively converted version of an oblong 5-storey tower house.

In 1678, Hope House acquired the castle and incorporated it into the Hopetoun House estate. Extensive renovations led to the demolition of an entrance tower and the east wing's extension and raising. A new gateway and a small courtyard of 35x19 meters were built to the south.

During the 16th century, the castle was owned by Alexander Drummond of Midhope, the brother of Robert Drummond of Carnock, Master of Works for the Crown of Scotland. A stele inscribed 'AD 1582 MB' commemorates Alexander and his wife, Marjorie Bruce.