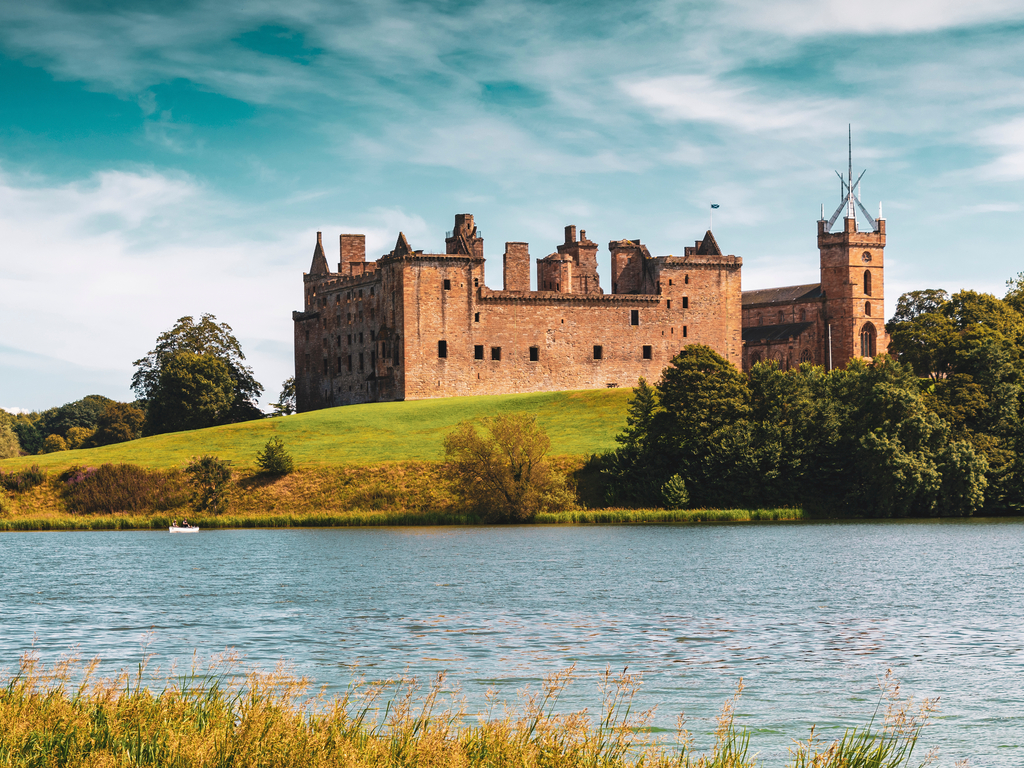 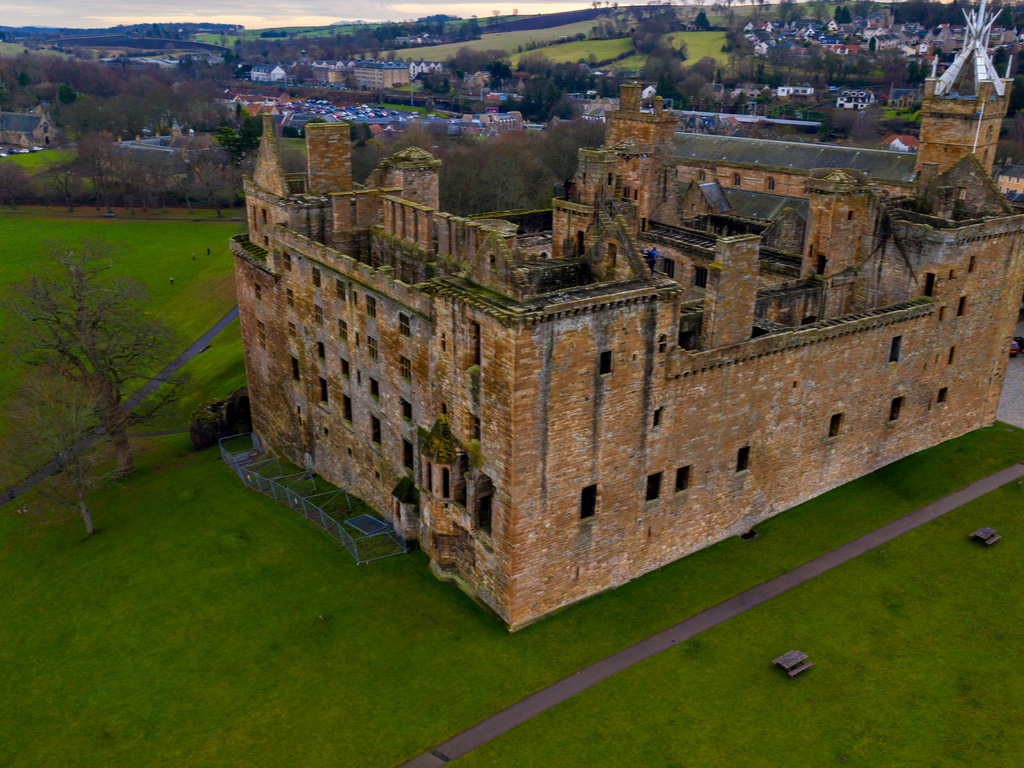 Linlithgow Palace is a former royal residence in Scotland located at Linlithgow, West Lothian, about 25 km west of Edinburgh. Partly destroyed in the 18th century during the war between the Stuarts and the Duke of Cumberland's supporters, it is now one of Britain's national monuments.

On the present palace site, there was a royal residence in the 11th century and a fortress in the 14th century to protect the road from Edinburgh Castle to Stirling Castle.
In 1424, when a fire destroyed the fortress and Linlithgow's town, King James I of Scotland had the castle rebuilt as a residence for the Scottish royal family. His successors James III, James IV, and James V then added various improvements.