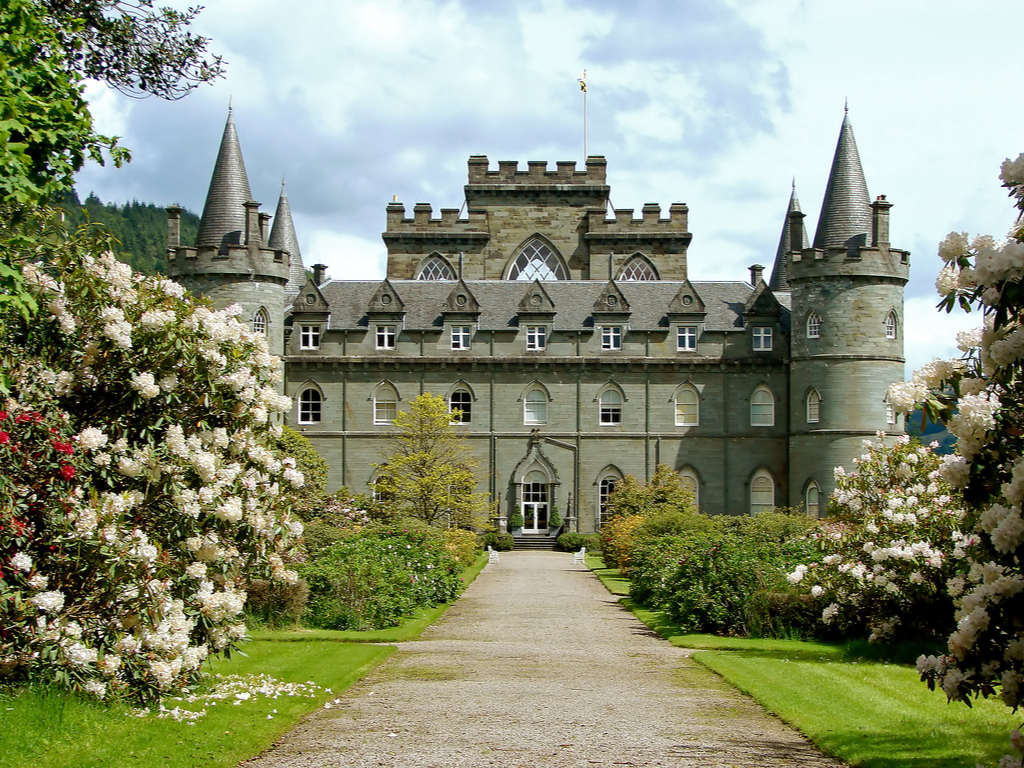 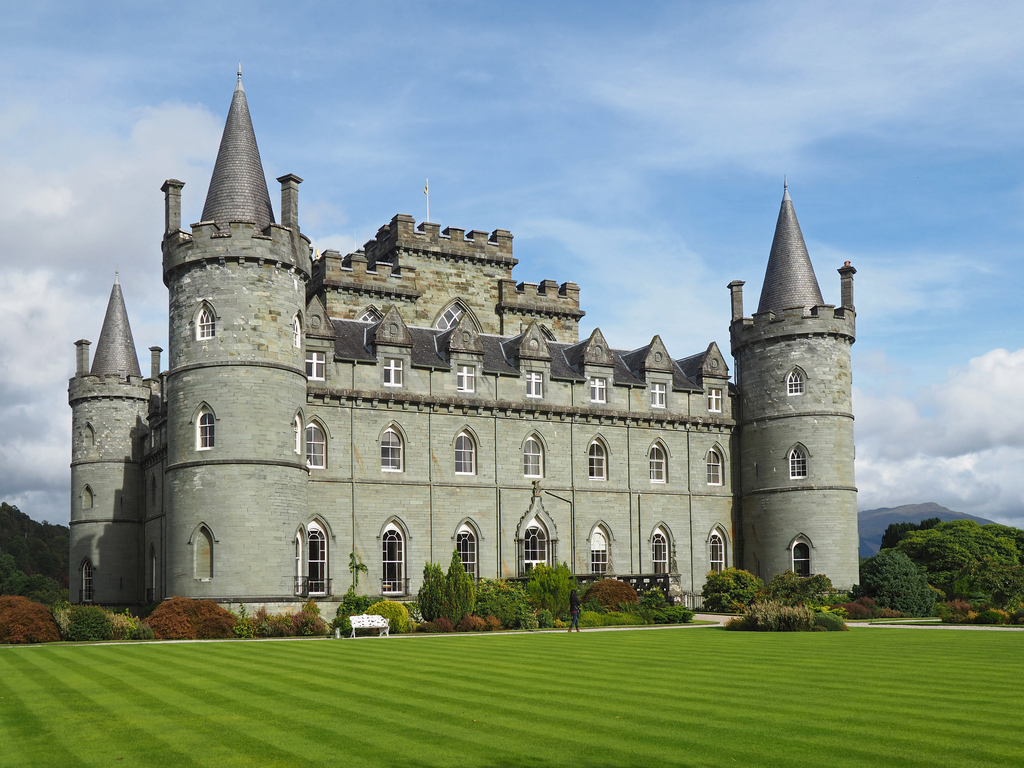 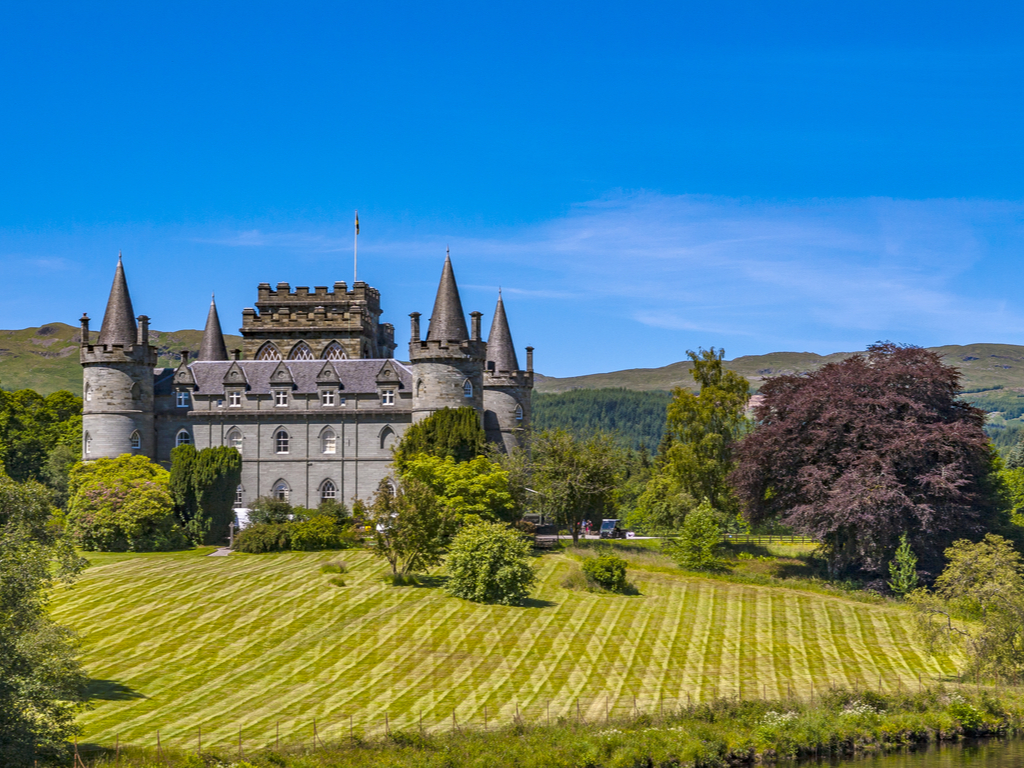 Inveraray Castle is a castle located northeast of the small town of Inveraray, Scotland. It is the stronghold of the head of the southern branch of the Campbell clan, the Duke of Argyll.

The original building, built by Colin Campbell, 1st Duke of Argyll, dates from the 15th century. It was demolished when the present castle was built by Archibald Campbell, 3rd Duke of Argyll. The work, carried out by the architect Roger Morris to designs by the architect John Vanbrugh in 1720 for John Campbell, 2nd Duke of Argyll, lasted from 1744 to 1758.
Two significant fires subsequently repaired the castle in 1877 and 1975. During the 1880s restoration following the first fire, the conical roofs were added to the castle's corner towers.

In 2012, the special Christmas episode of season 3 of Downton Abbey was partly filmed here. In the series, it is Duneagle Castle, owned by the Marquess and Marchioness of Flintshire.

Each of our bedrooms offers high quality and comfortable stay in the heart of Oban town centre. Enjoy an en suite bathroom, flat screen TV, plus tea/coffee making facilities as standard.