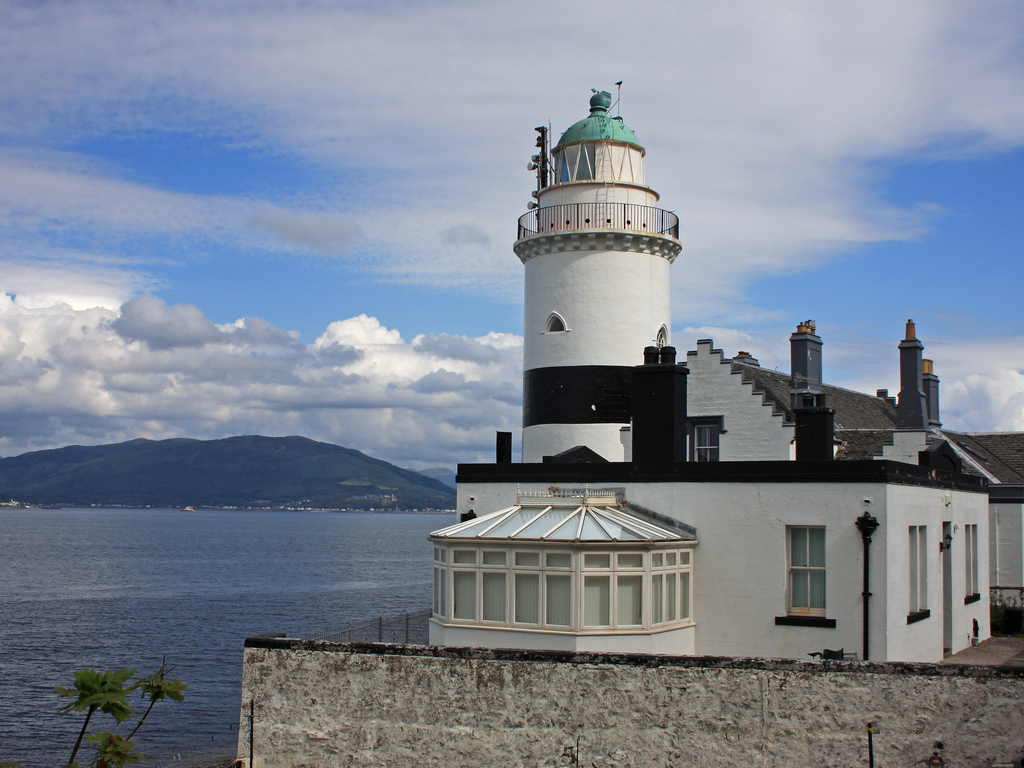 The Cloch lighthouse was designed by Thomas Smith and his son Robert Stevenson. The building was completed in 1797. There seem to be two generations of breeders' houses, the older ones are now used as shops, and the newer ones have crow-stepped gables. The short circular section tower has a pedestrian walkway and triangular windows.
This light was built by John Clarkson (engineer). Kermack and Gall built the tower, and Smith and Stevenson installed an oil lantern, which was first lit on August 11, 1797. In 1829, the lamp was replaced by Adam's lamp and a silver-plated reflector. Around 1900, it was ignited with acetylene. The radio beacon was installed around 1931. A clockwork driven by a weight rotates the diopter's lenses, and the refractive index floats in a mercury bath. In addition to illuminating the lights, the breeder must also wind the clockwork by hand every two to three hours. Today, the lighting is fully automated and unattended. The leading light has been replaced by a light on the pole outside the lantern.