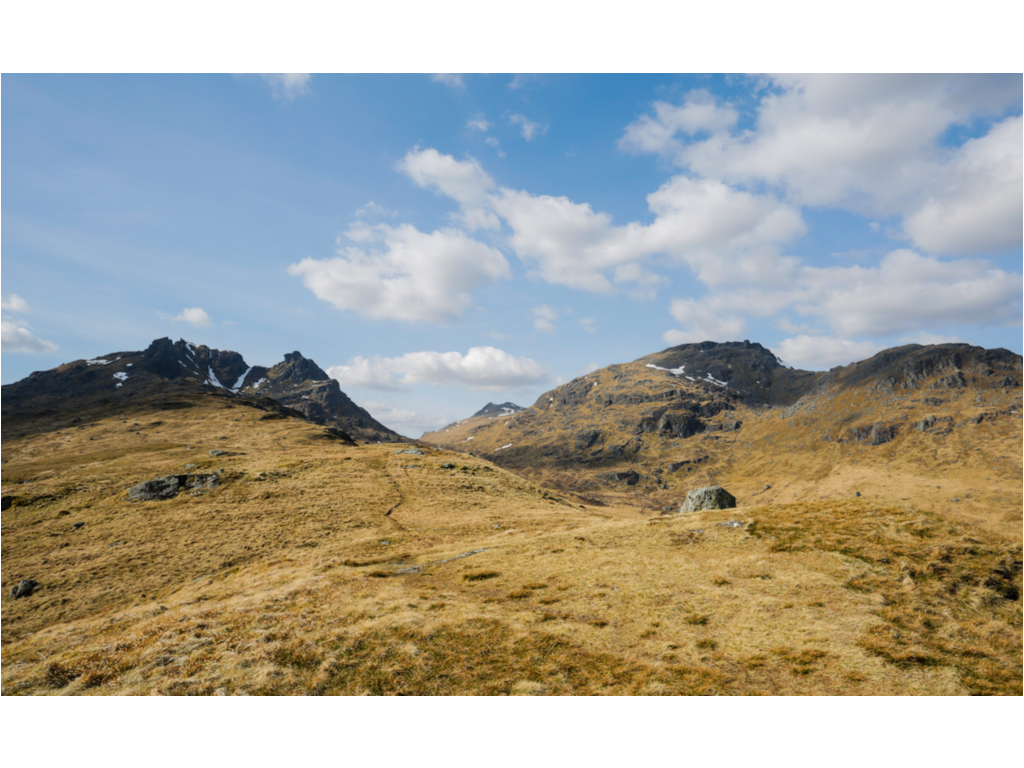 Beinn Narnain is usually climbed from Succoth at the head of Loch Long. The most commonly used route starts with a direct climb up the hillside, following a line of concrete blocks that originally supported a cable car used in the construction of the river diversions that were part of the Loch Sloy hydroelectric scheme (until the new path was built, this was also the route to The Cobbler). The path crosses a level track at one point, and it is necessary to continue by climbing exposed rocks directly opposite - this appears to be part of the stream bed and not the path.