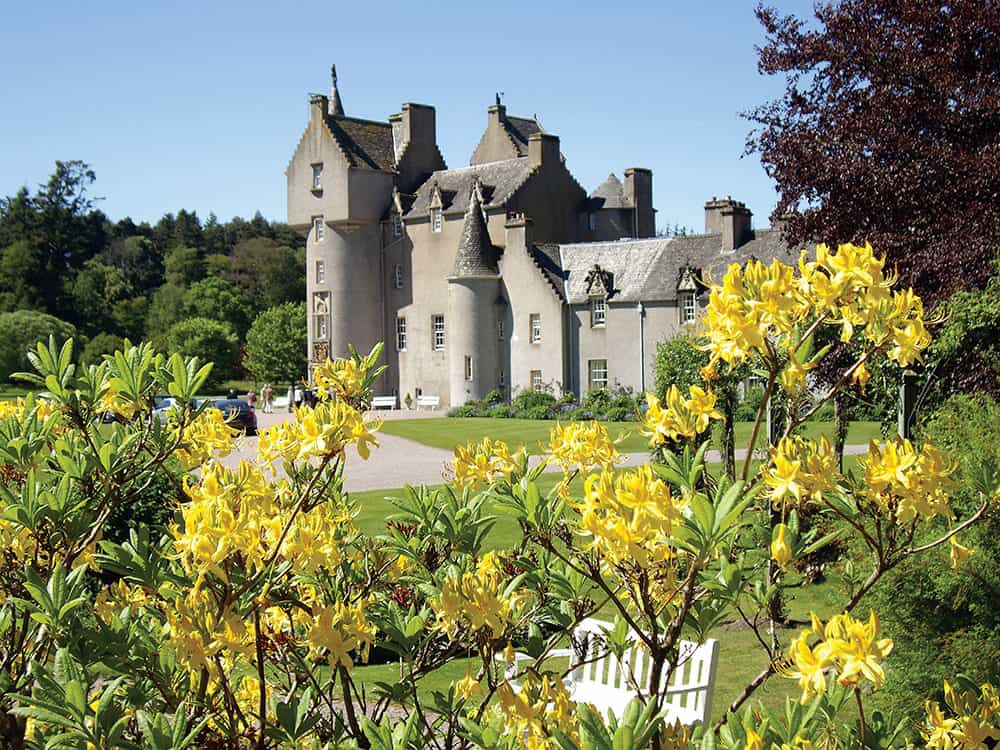 Originally built as a fortified tower-house circa 1546, Ballindoch saw notable renovation in the Victorian era when it was transformed into a luxury country retreat, as it remains today. Despite its grandeur, Ballindoch is very much a beloved family residence, and as such, possesses many exciting heirlooms and memorabilia, including an impressive collection of 17-Century Spanish paintings. The house also has one the most extensive country house libraries in Scotland, a grand vaulted hall, and a historic nursery with antique toys.

The famous regiment that came to be known as the Black Watch was originally formed at Ballindoch under the 9th Laird of Ballindoch, Colonel Willian Grant. Created in 1725, The Black patrolled the Scottish highlands to guard against smuggling and cattle-rustling following the 1715 Jacobite uprising, making it a location of historical significance.

The Rivers Avon and Spey pass through the estate, offering ample fishing opportunities. There also is a herd of Aberdeen Angus, from the oldest herd of this cattle variety in the world.

In addition to the house and livestock, the estate boasts gorgeous walled gardens, a tea room, and a shop.