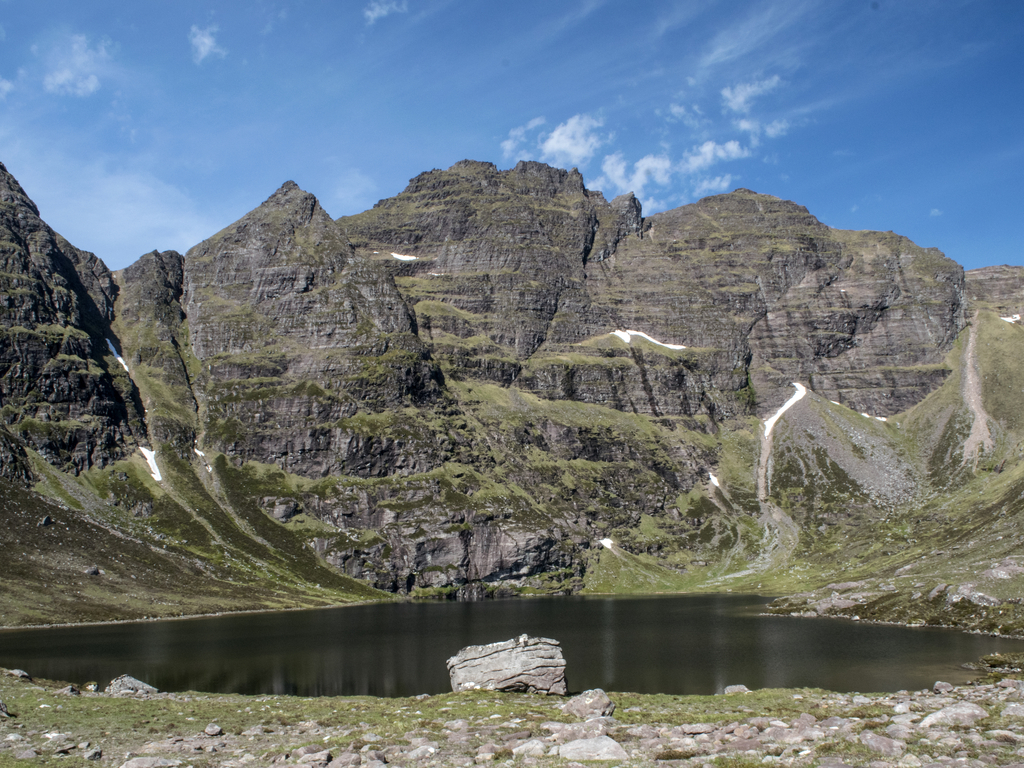 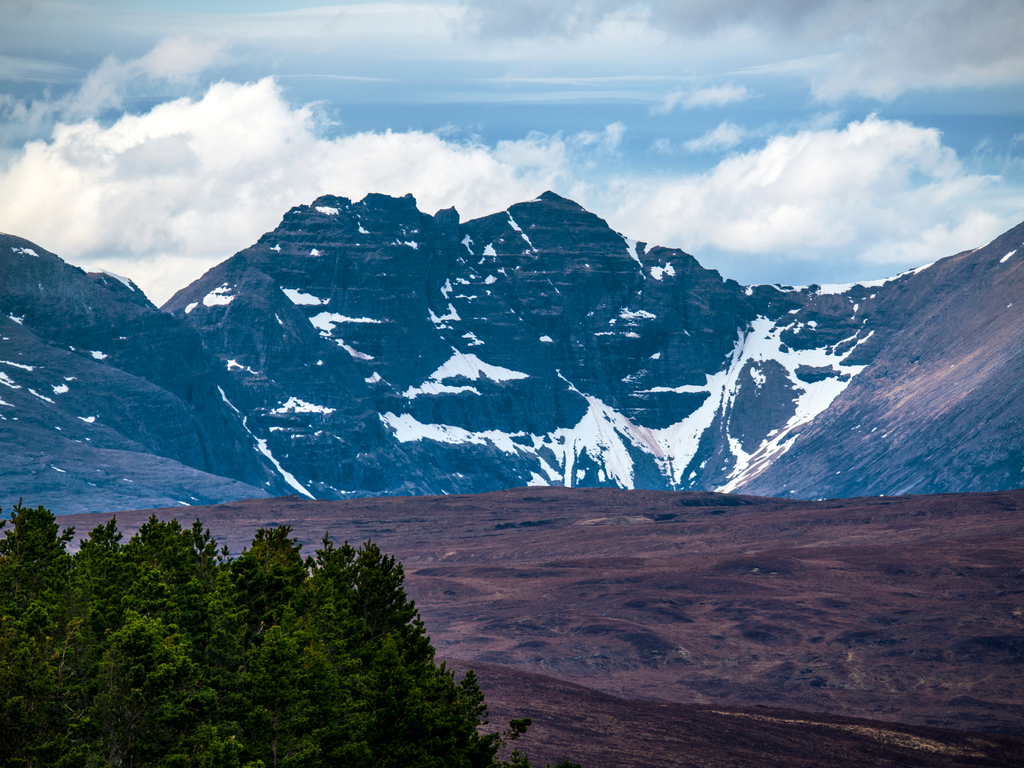 An Teallach - meaning 'The Anvil' or 'The Forge' in Scottish Gaelic - lies to the southwest of Dundonnell, overlooking Little Loch Broom. It has ten distinct summits, two of which classify as Munros. The steepest section of the mountain, named Corrag Bhuidhe, ascends over Loch Toll an Lochain - this has an overhanging pinnacle known as Lord Berkeley's Seat, a spectacular feature for which An Teallach is known.

The standard climbing route begins at Dundonnell, following a steady incline to the northernmost summit, Bidein a' Ghlas Thuill. Access to the central ridge however does require considerable scrambling! The moorland around the mountain massif base can be somewhat soggy, so solid waterproof gear is a must. Overall, An Teallach is rated as a challenging climb best undertaken by experienced walkers. The total walking time under good conditions is 7-11 hours.