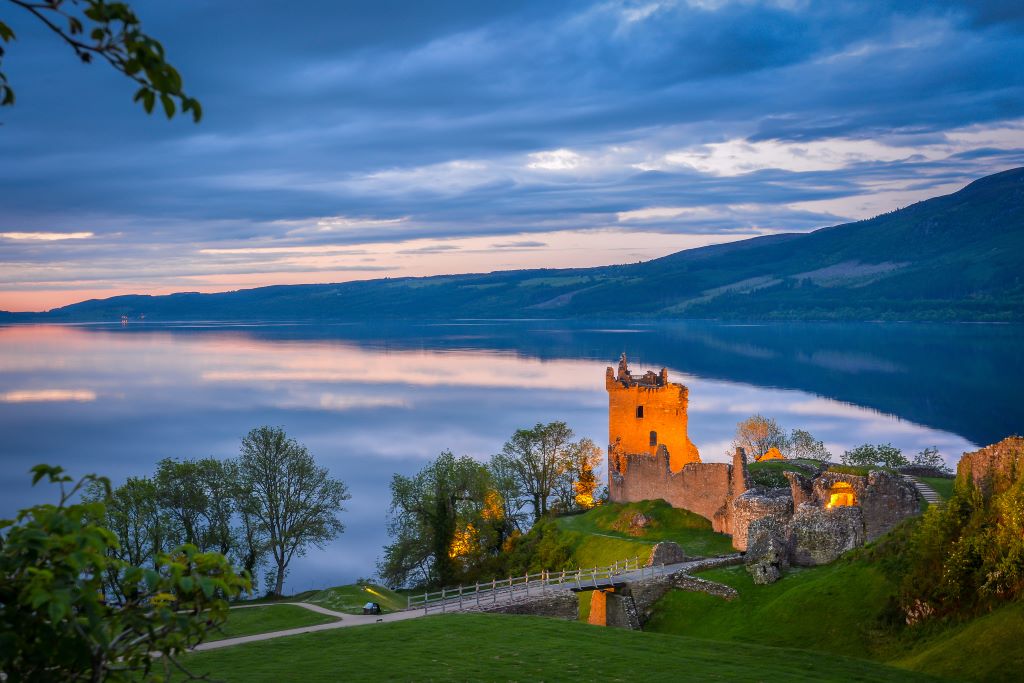 Explore more than 1,000 years of exciting history centered on the magnificent region of the  Great Glen. The majestic Urquhart Castle on the shore of Loch Ness bears witness to some of the most dramatic chapters in our country’s story.

Urquhart was once one of the largest castles in Scotland and witnessed huge conflicts in its 500-year-old medieval fortress. During the War of Independence, control of the castle passed back and forth between the Scots and the British.

The power struggle continued, as the Lords of the Islands regularly raided the castle  until the 1500s. The rise of the Jacobites blew up the castle when they left, and this was the last garrison. The iconic ruins of Urquhart still exist, giving a glimpse of the lives of its aristocratic residents during the Middle Ages.