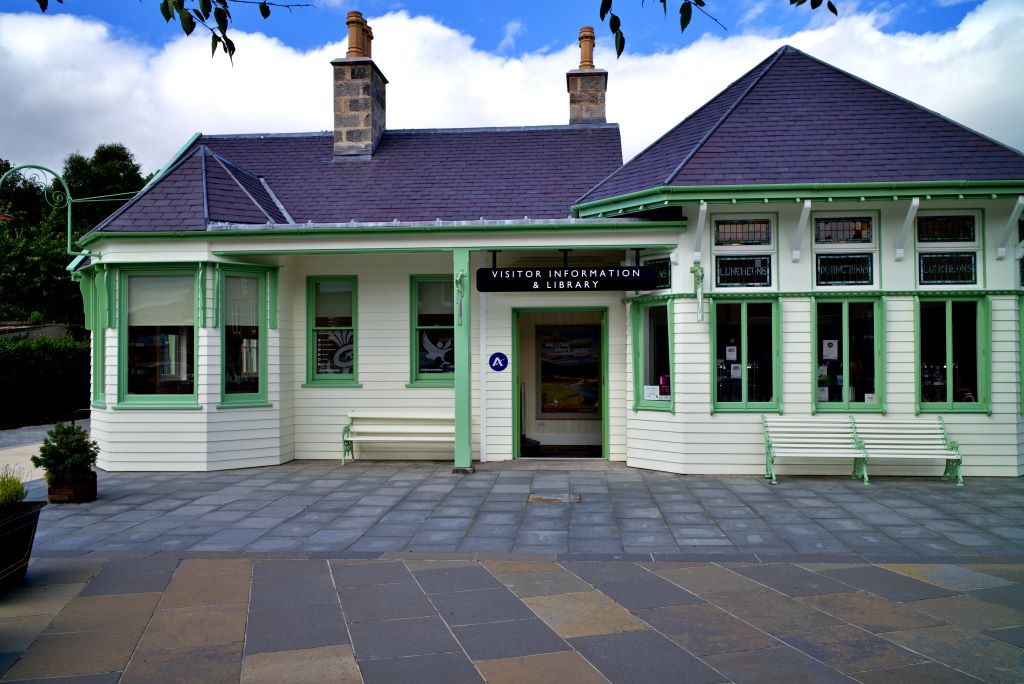 The station was initially built in 1866 so that Queen Victoria and the royal family could travel by train to nearby Balmoral Castle. The station closed in 1966 and was rebuilt in the 1970s as an office for the Aberdeenshire council. It then found another life as a popular restaurant and exhibition and visitor centre.   Sadly in 2015, a fire devastated this heritage site, leaving little behind except for a replica of the carriage used by Queen Victoria and part of the royal waiting room. This was a considerable loss for Ballater and the surrounding Deeside area, for which it served as a place for discovery, tourism, and cuisine.
In response, HRH The Duke of Rothesay’s charity, The Prince’s Foundation, initiated an extensive restoration plan to reinstate the station to its former glory. During the rebuild, great care was taken to remain authentic to original details. For example, following a public consultation, the British Rail’s rich green palette, which the station’s exterior had adopted during operation but was later painted over, has been brought back. Meanwhile, this listed landmark's interior has been refined into an incredible dining experience, plus a visitor centre and local library.
The Carriage at Ballater Station is now proud to champion seasonal dishes, British classics and locally sourced produce. Visitors can indulge in afternoon tea in our tearoom within the station building or take a seat on the platform for a café lunch or bistro dinner. We hope to welcome you soon.