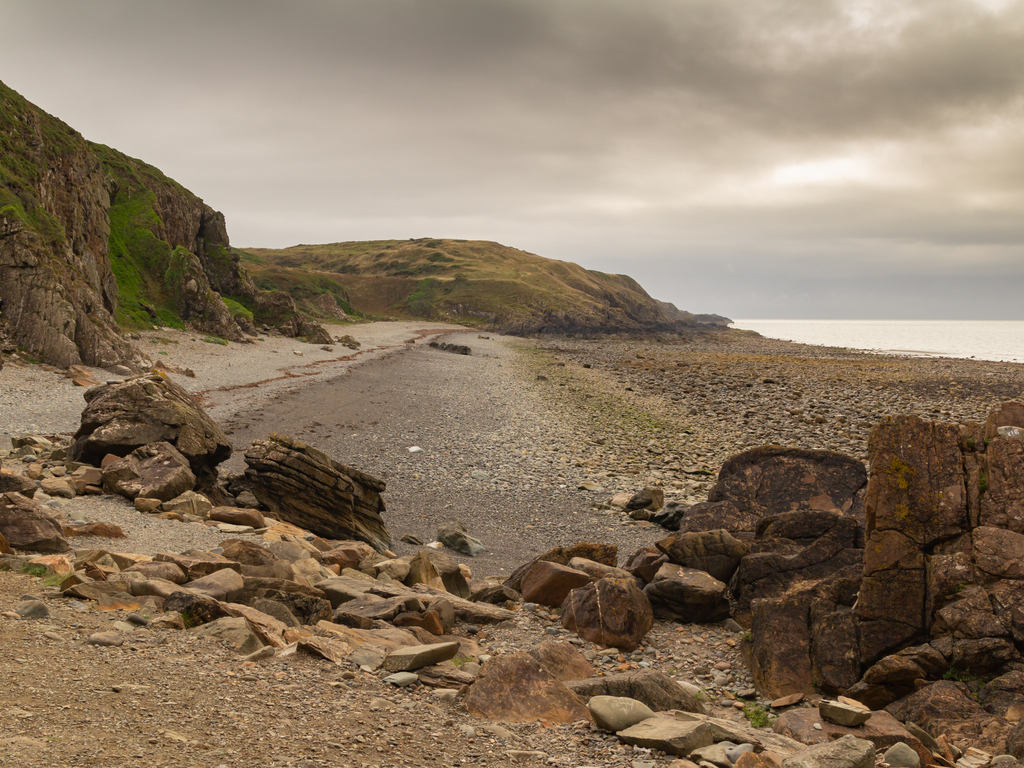 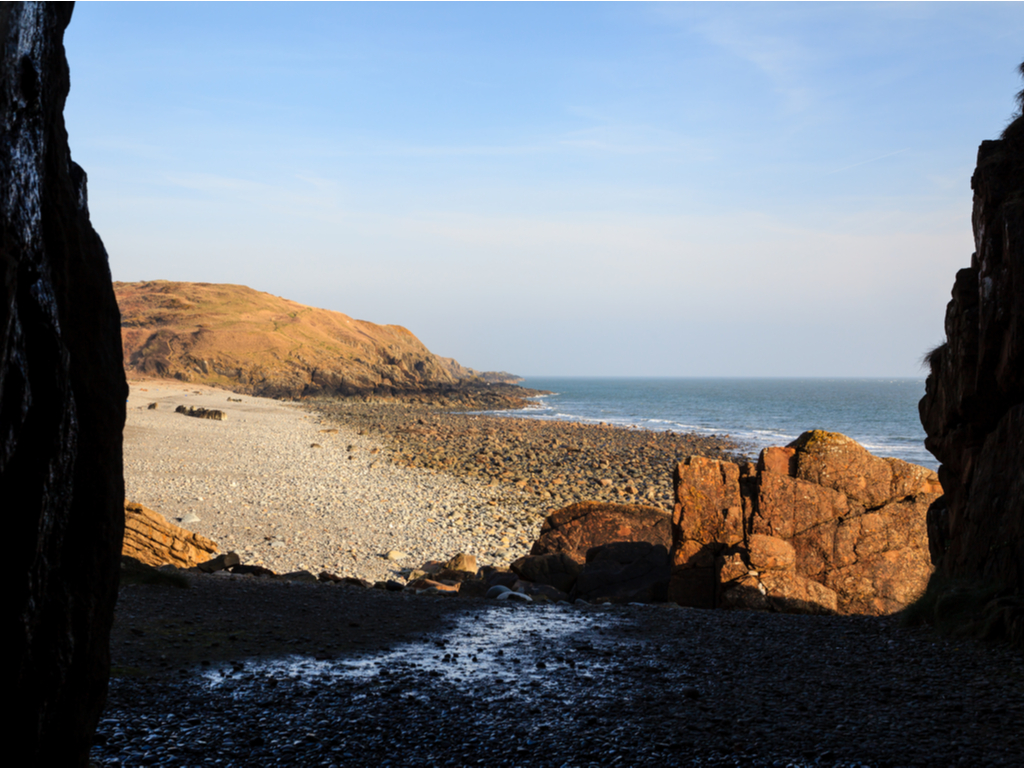 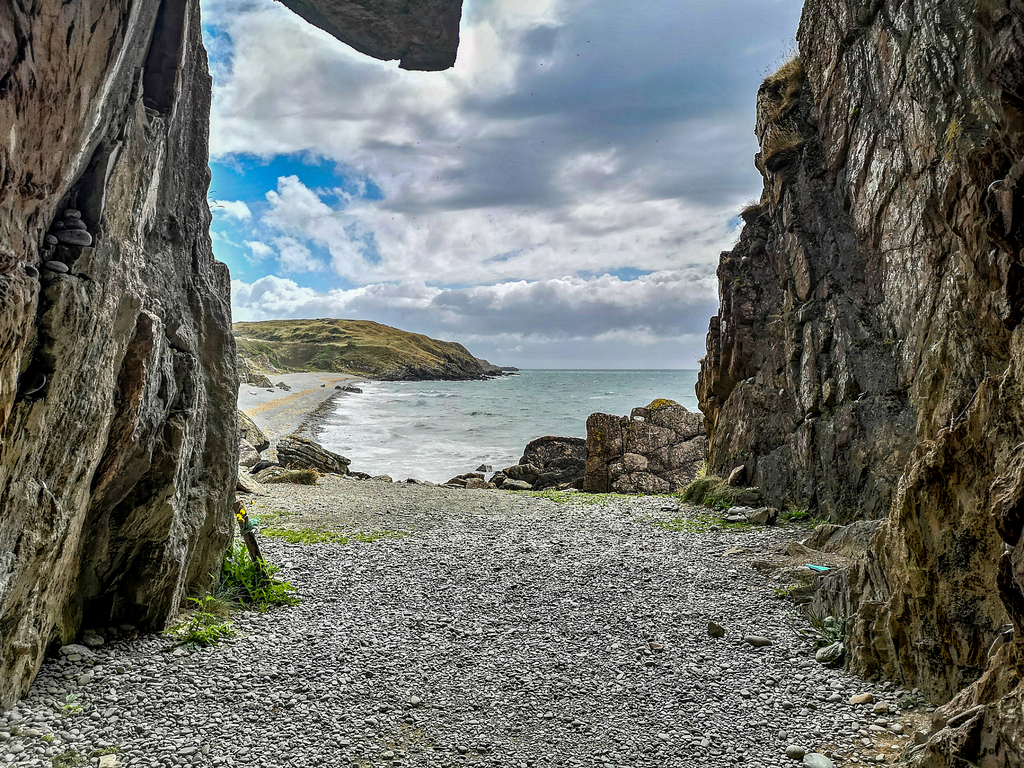 St. Ninian's Cave is a cave located in Physgill Glen, Whithorn, Dumfries, and Galloway, Scotland. Excavations in the 1880s and 1950s uncovered a collection of early medieval carved stones. There were 18 in all, most embedded in a post-medieval wall, others lying loose inside the cave or at its mouth.

This sea cave was a retreat for St. Ninian, Scotland's first saint.
Tradition is that St. Ninian used this quiet, secluded spot as a place of solitude and retreat. From the early Middle Ages, the cave became a place of pilgrimage.

During an excavation of the site, numerous Christian symbols, including tombstones and carved crosses dating from the tenth and eleventh centuries, were discovered under the collapsed roof. These objects are now on display in the Whithorn Priory Museum. In addition, many other symbols, including crosses, were carved into the rock inside and outside the cave.