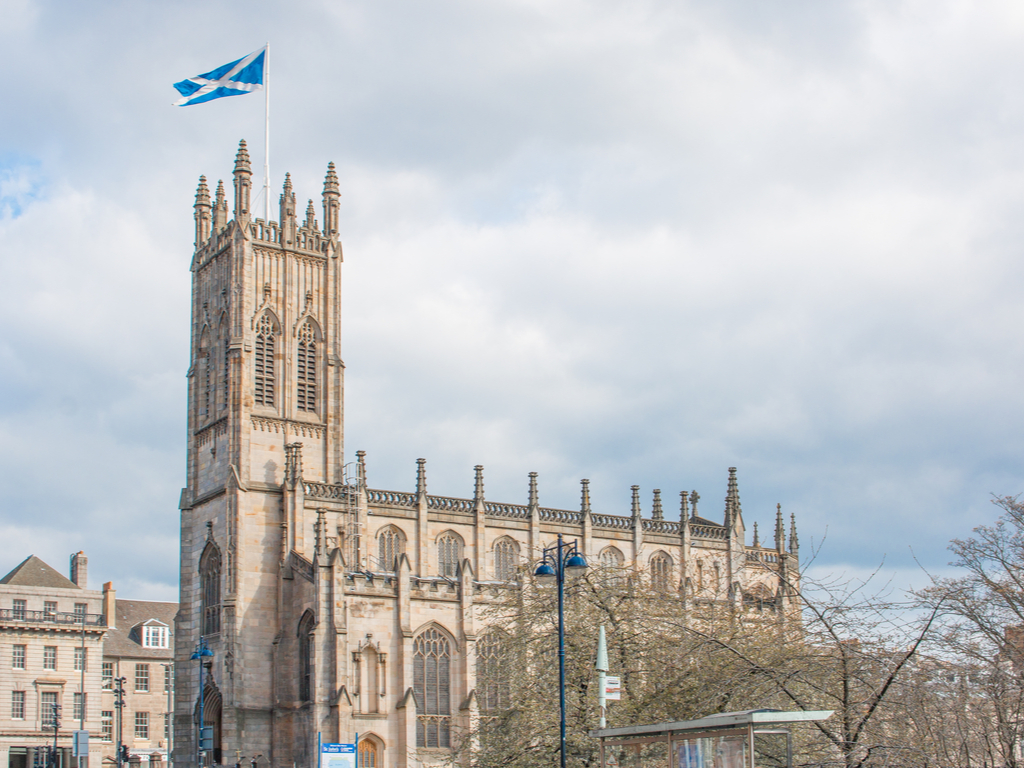 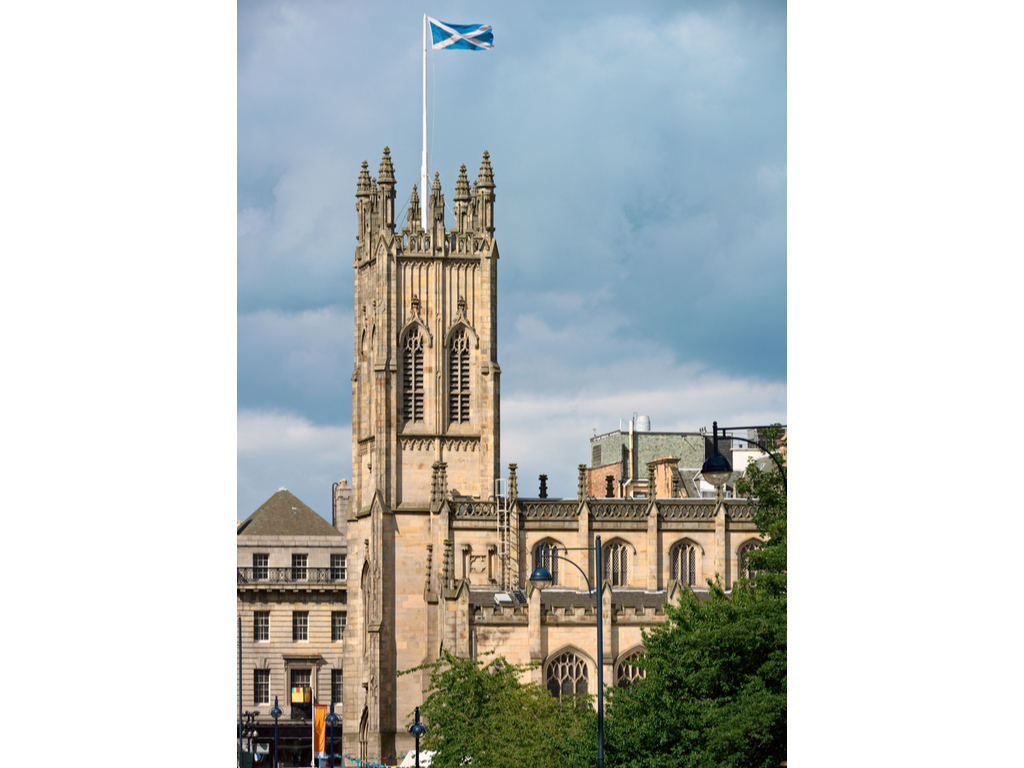 The church was consecrated as St John's Chapel on Maundy Thursday 1818, and construction began in 1816. The building has been designed by the architect William Burn the previous year when he was only 25 years old.
The congregation started in 1792 when Daniel Sandford came to Edinburgh to minister according to Church of England principles. In 1797 the qualified community moved to Charlotte Chapel, which was rebuilt on a larger scale in 1811. They sold shares to finance a new church, with banker Sir William Forbes as the leading figure, and Charlotte Chapel was subsequently sold to the Baptists.

Edward Bannerman Ramsay joined St John's as vicar in 1827. He succeeded Bishop Sandford as a minister in 1830 and remained there until he died in 1872, having been dean since 1846.

The sanctuary and chancel were constructed in 1879-82 by Peddie & Kinnear (John Dick Peddie and Charles Kinnear). The sacristy and lobby were added in 1915-16 by John More Dick Peddie and Forbes Smith.

The war memorial was added in 1919 to a design by Sir Robert Lorimer. Lorimer also designed and supervised the addition of false arches when Lothian Road was widened in 1926.

St John's holds daily services and is unique in being the last Episcopal church in Scotland to keep weekly matins services.