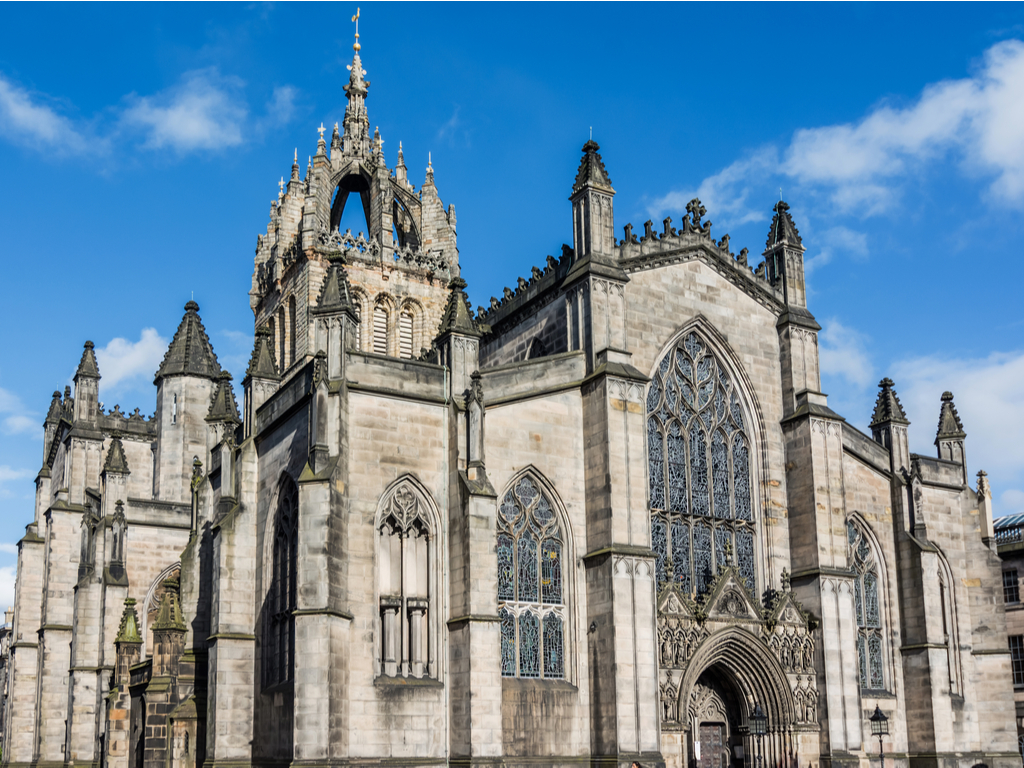 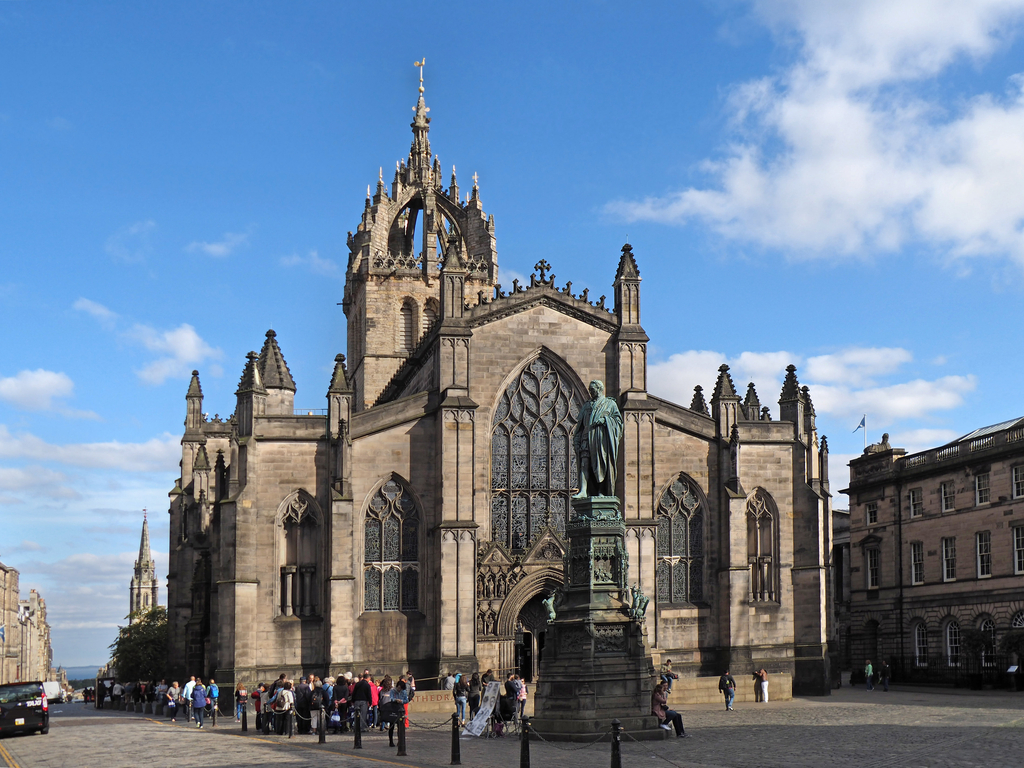 St. Giles Cathedral is a building built in the 11th century on the Royal Mile in Edinburgh, Scotland. It is acknowledged as the mother church of Presbyterianism.
The original cathedral burned down in 1385 and was rebuilt shortly afterward. Various chapels were added over the years, increasing the size of the building. In 1466, St. Gilles became a collegiate church. The lantern tower was added around 1490.

On 7 July 1559, at the height of the Scottish Reformation, the Council of Edinburgh installed the Reformer John Knox as a priest of St. Giles. He was buried there in 1572. A 19th century stained glass window commemorates him in the church's south wall and since 1904 by a bronze statue on the north side.
In this building, on 23 July 1637, a riot against the Anglican cult, which Charles I wanted to impose, took place and triggered the Bishops' Wars and subsequently the English Revolution.