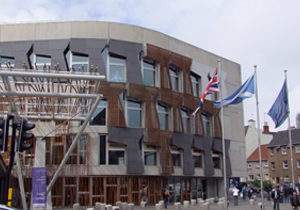 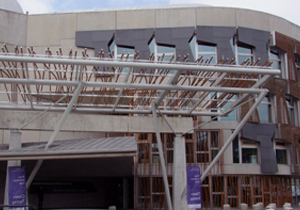 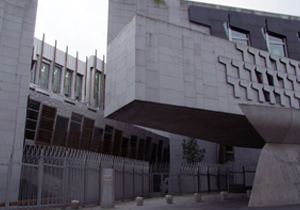 The Scottish Parliament is the unicameral devolved legislature of Scotland, sitting in the Holyrood district of Edinburgh, the country's capital. The Parliament, often referred to as Holyrood, has 129 democratically elected members serving four-year terms under a mixed first-past-the-post and proportional representation system. Thus 73 are elected in one constituency by first-past-the-post, and the remaining 56 are elected by proportional representation in eight electoral regions (7 per region).