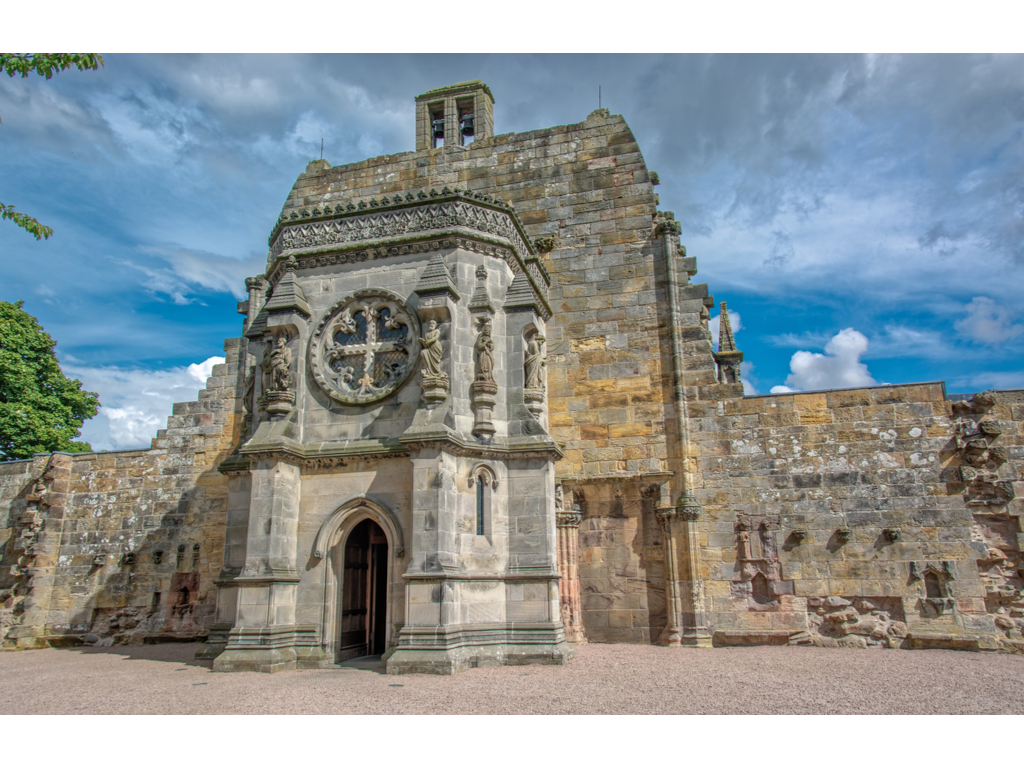 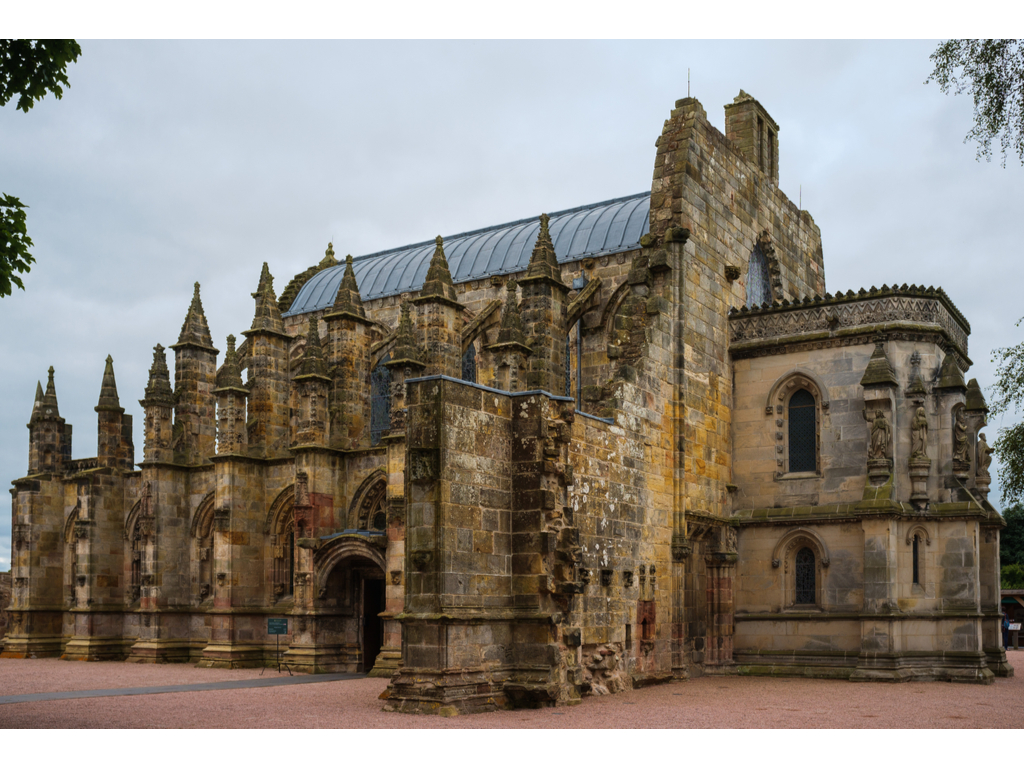 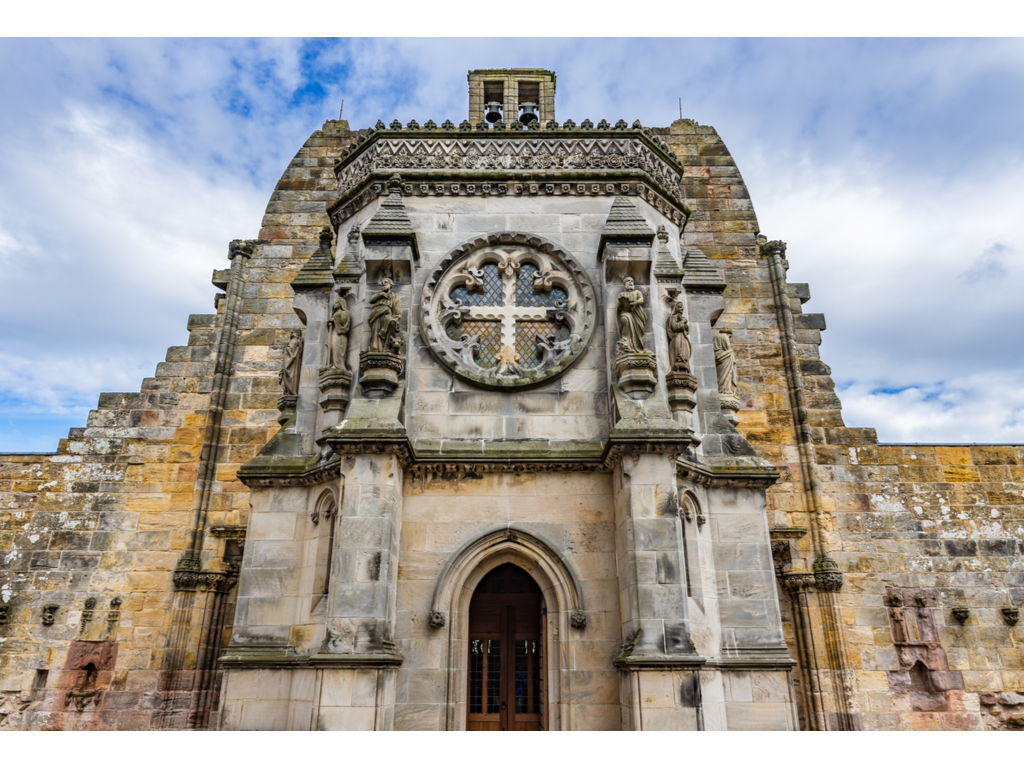 Rosslyn Chapel, formerly called Collegiate Church of St. Matthew, is a church built in the 15th century in the village of Roslin, Midlothian, Scotland. About 11 km south of Edinburgh, it is located on the rise called Collegiate Hill.

It was designed by William Sinclair, the third of his name, and the last Prince St. Clair of Orkney, heir to a Scottish noble family descended from the Norman Knights of St. Clair and, according to legend, linked to the Knights Templar. It is now on the lands of Peter St Clair-Erskine (7th Earl of Rosslyn).

The chapel is known for its large number of sculptures, carvings, and decorations, both on the exterior and interior. Of these, two of its pillars are noteworthy: the Apprentice Pillar and Master Pillar, on either side of the Craftsman Pillar.

Although biblical scenes are represented, it should be noted that their number is in the minority compared to other styles of sculpture, of Celtic, Nordic, and even pagan or Islamic inspiration. There are no less than a hundred Green Men, and vegetation is omnipresent. Another example, protuberances sculpted in squares, decorated with signs and symbols, which are omnipresent on the chapel's arches. Moreover, suppose there are some representations of the crucifixion. In that case, the majority relate passages of the Old Testament rather than the New Testament as usually in a Christian chapel (no way of the cross, for example).