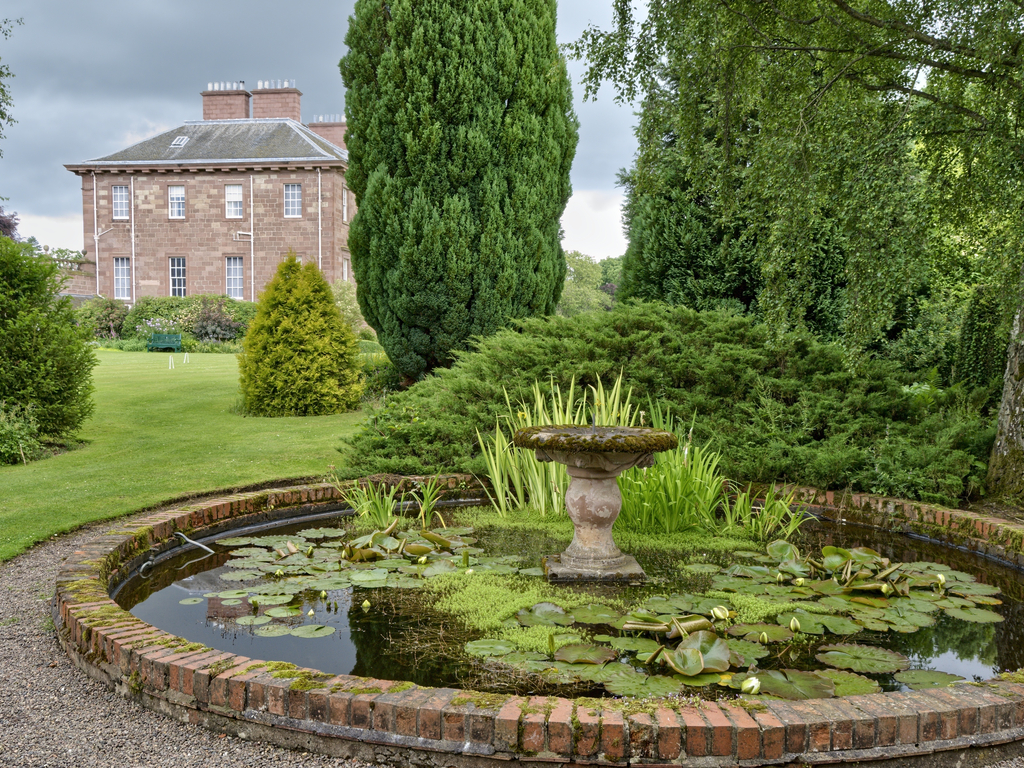 Paxton House is a historic house in Paxton, Berwickshire, in the Scottish Borders, a few miles southwest of Berwick-upon-Tweed, bordering the River Tweed.

It is a country house constructed for Patrick Home of Billie in a failed attempt to woo a Prussian heiress. Assigned to James Adam (possibly in concert with John Adam), it was constructed between 1758 and 1766, under the guidance of James Nisbet, with great rooms by Robert Adam and furniture by Thomas Chippendale. The east wing was attached in 1812-13 by the architect Robert Reid to house the library and picture gallery.

The other residents were Alexander Home and his son George Home WS FRSE (Wedderburn and Paxton).

In 1852 David Milne's wife received the house, and it was renamed David Milne-Home.

It was once the seat of the Paxton family, which shifted Forman-Home, Milne-Home, and finally, Home-Robertson as direct male lines failed, and the heritage passed through a woman. In 1988 the last laird, John David Home Robertson, a socialist MP, entrusted the house and grounds to the Paxton House Historic Building Preservation Trust. The house is now welcoming to the public and is a partner gallery of the National Galleries of Scotland.