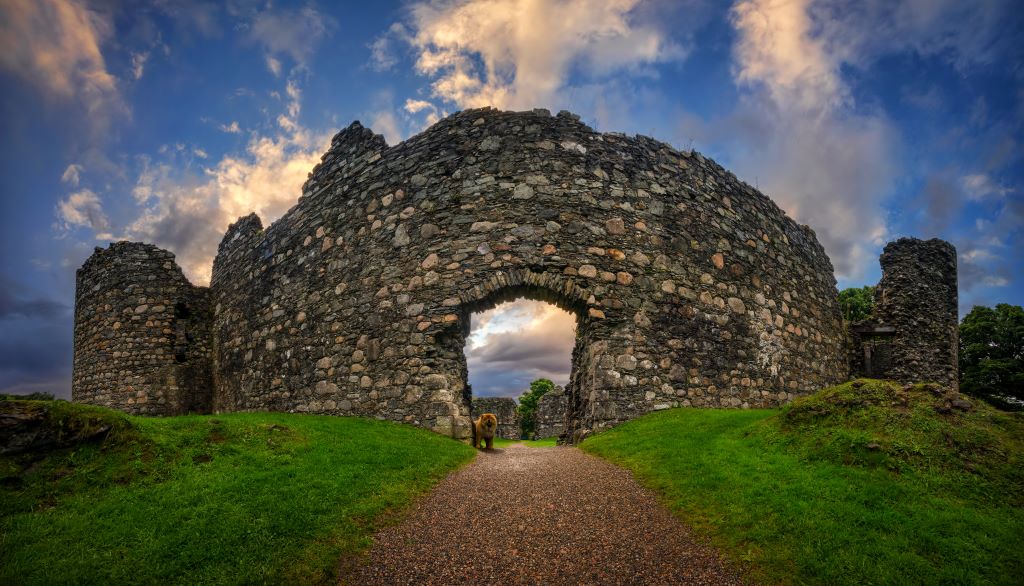 The castle was built in the 1200s by Comyns in Badenock. Legend has it that it is located on the remains of some kind of fortress dating back at least 500 years. The moat around the castle has long since disappeared, but the location of the western end of the Great Glen and the natural defense against the Rocky River provide Inverlochy Castle with a superior advantage.

The old military road built by General Wade passes by the castle, and it is still possible to return to Fort William along the road. Inverlochy Castle originally dates back to the 13th century and played a role in the history of Scotland and England for the last time during the Civil War in the 1640s. In 1645, the Royalist Earl of Montrose defeated the ball-headed troops of Campbell's chief Duke of Argyll in the Second Battle of Inverloche.

Mayfield is located in a quite location 3 miles from Fort William. With splendid views of Aonach Mhor and the North face of Ben Nevis.