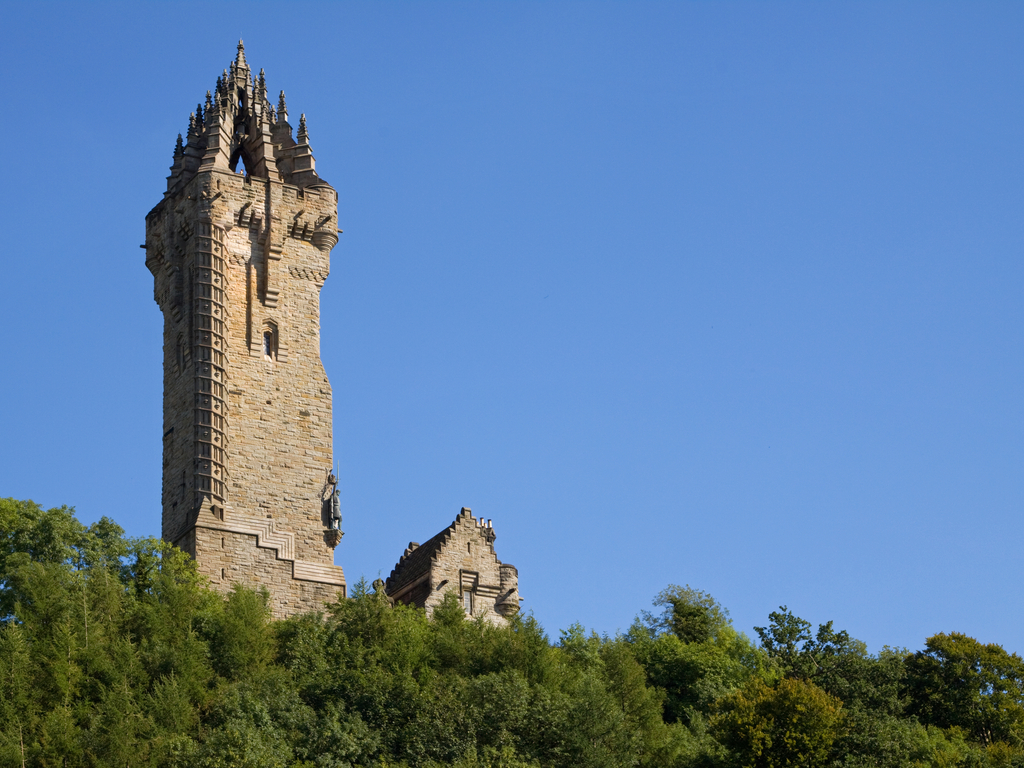 The William Wallace Monument is a tower on top of Abbey Craig, a hill near Stirling in Scotland. It commemorates William Wallace, a Scottish hero of the 13th century.

The tower was built as a result of a fundraising campaign and the resurgence of Scottish patriotism in the 19th century. In addition to public subscriptions, it was partly funded by some foreign donors, including the Italian patriot Giuseppe Garibaldi. In 1869, the building, designed by John Thomas Rocheadde, is built of sandstone in a Victorian Gothic style and is 67 meters high. The tower stands atop Abbey Craig, a volcanic crag overlooking Cambuskenneth Abbey. William Wallace watched from there the assembly of the English King Edward I's troops before the Battle of Stirling Bridge.