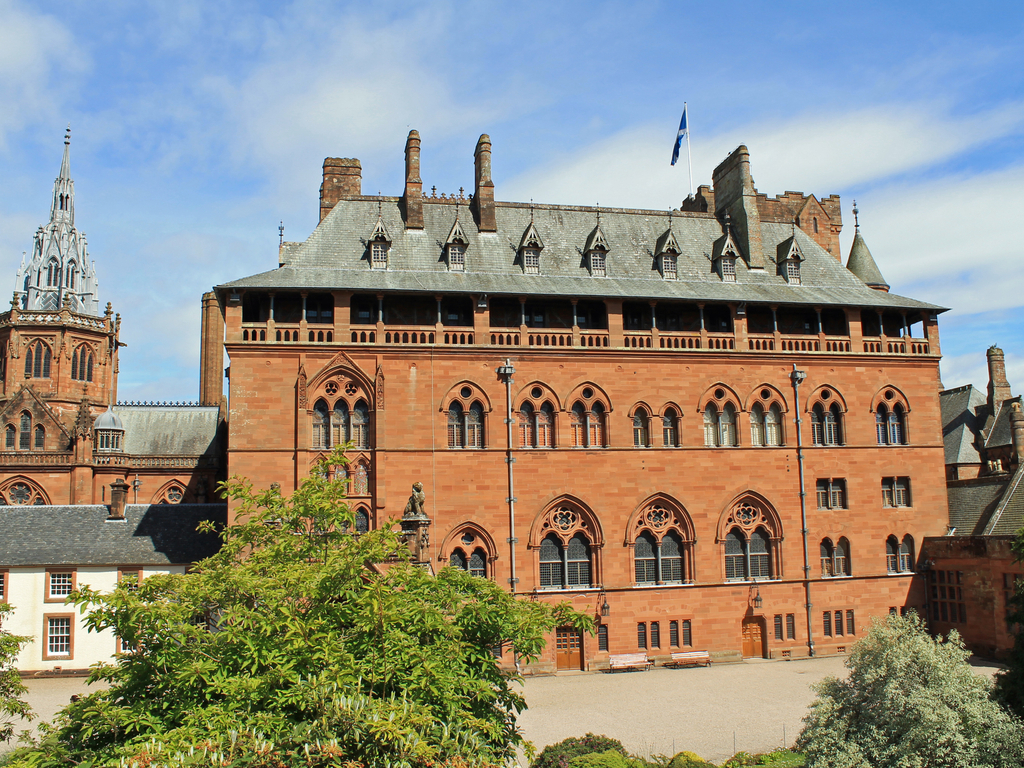 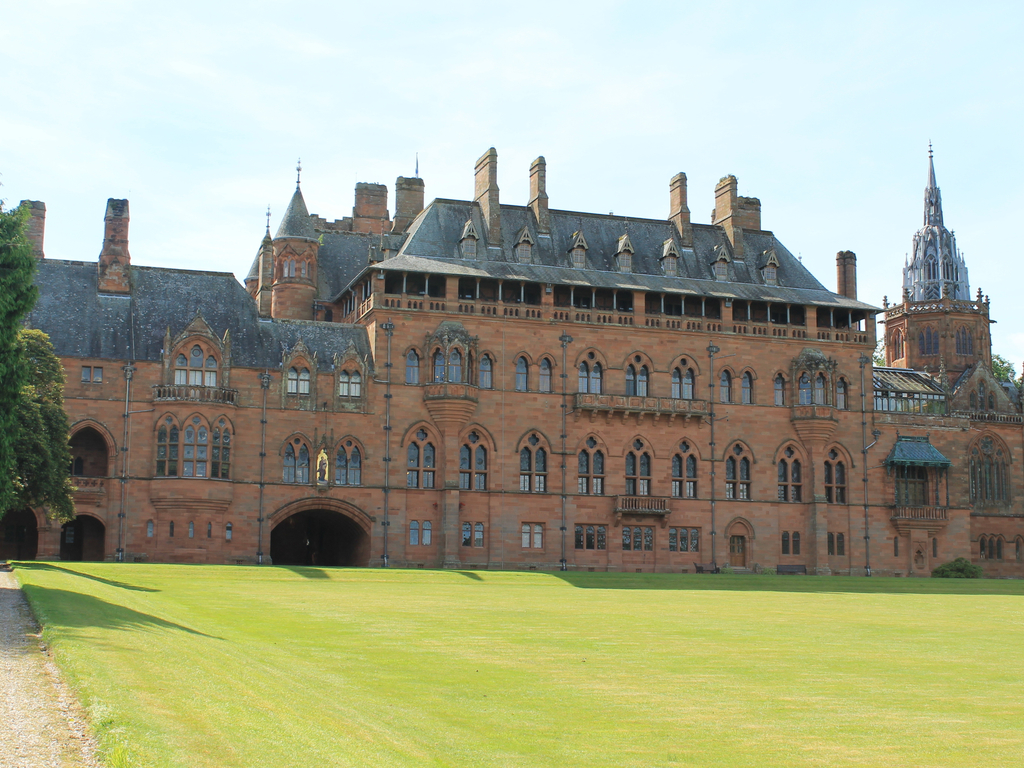 Mount Stuart House, is a country house on the east coast on Scotland, designed in the Gothic Revival style and the former home of the Marquesses of Bute. It was built by Sir Robert Rowand Anderson for the third Marquess in the late 1870s, replacing an earlier house by Alexander McGill, which burned down in 1877. The house is a building listed Grade A.

The house is the seat of the Stuarts of Bute, whose name comes from the hereditary office of "Steward of Bute" held since 1157. The family is a direct male descendant of John Stewart, the illegitimate son of King Robert II of Scotland, the first Stuart king, by his mistress, Moira Leitch. Under this descent, they are also descendants of Robert the Bruce, whose daughter Marjorie was the mother of Robert II through her marriage to Walter Stewart, 6th High Steward of Scotland.