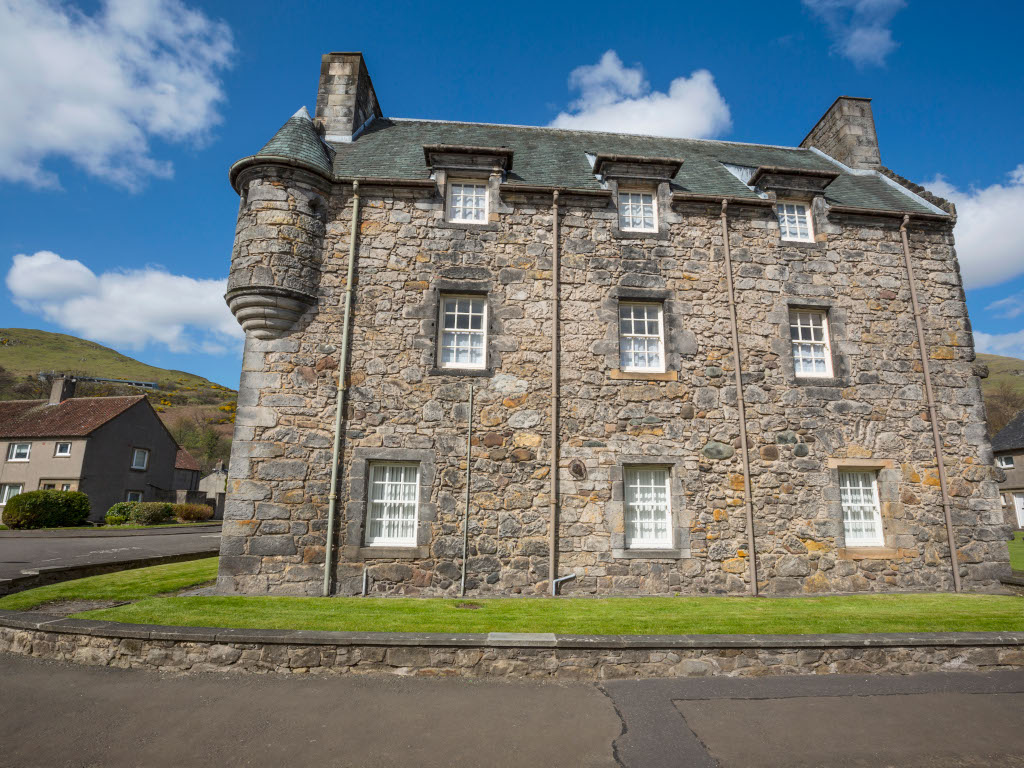 Menstrie Castle was built in the early 17th-century and is an excellent example of the period's architecture, complete with the period's style but with the additions of classical castle stylings such as archways and turrets. It was built as a three-story manor house to be the home of Sir William Alexander, 1st Earl of Stirling; the building was later sold to the Holbourne family in 1706 as they were appointed Baronets of Menstrie. Today the Castle exists as local accommodation, with a commemoration room in honour of the Baronets of Nova Scotia, of which Sir William Alexander was one; the room also contains portraits of Charles I, James VI, and Sir William.