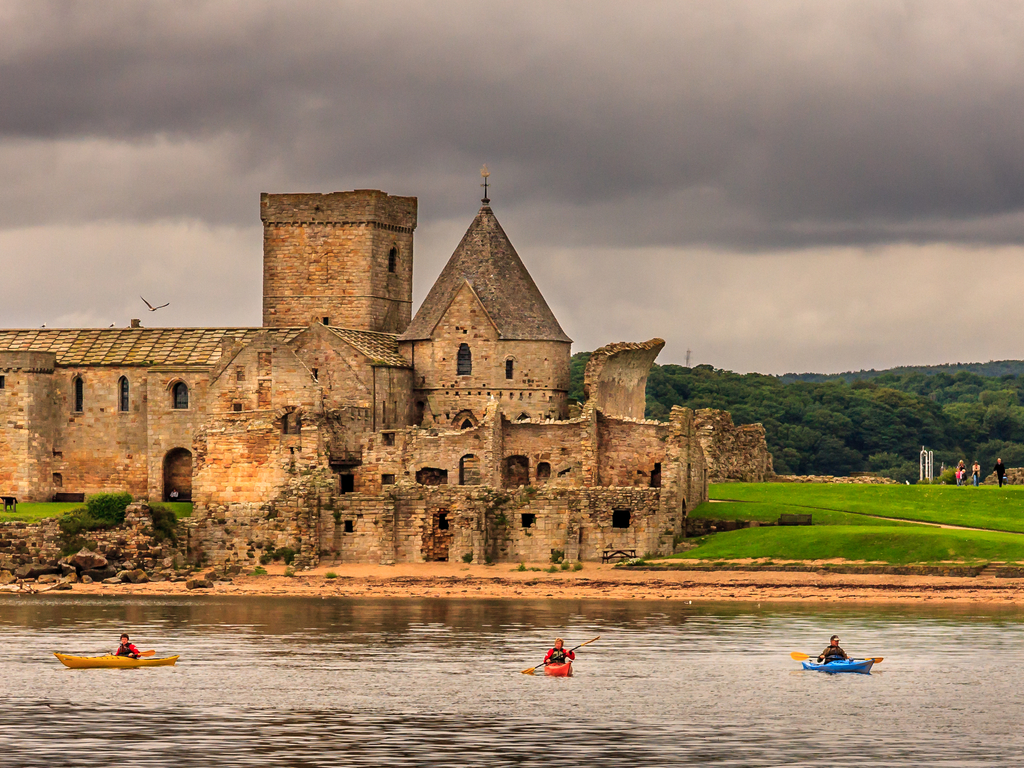 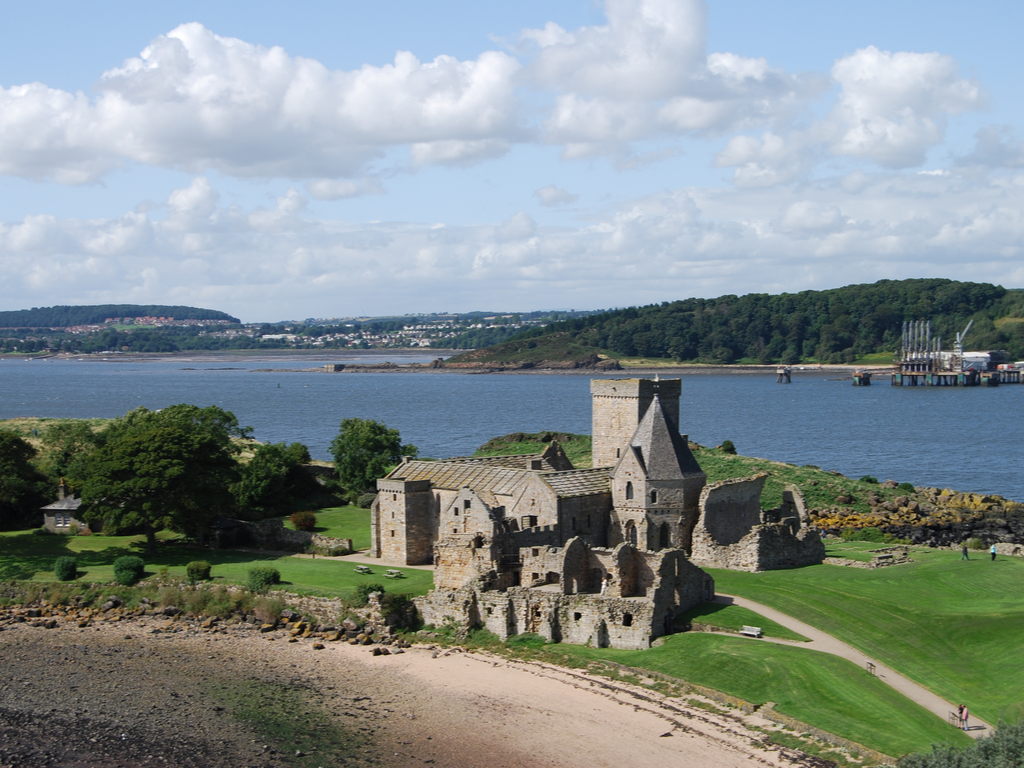 Inchcolm Abbey is a medieval abbey in the center of the island of Inchcolm in the Firth of Forth, Scotland. It was built in the 11th century during the episcopate of Gregoir, Bishop of Dunkeld.
Some interpretations date the foundation to the reign of Alexander I of Scotland (1107-1124), who was probably involved in the island's affairs. After a shipwreck in 1123, he has washed ashore and taken shelter in the cottage occupied by a hermit. The abbey was initially been a priory of the Canons of the Order of St Augustine and became an abbey in 1235.