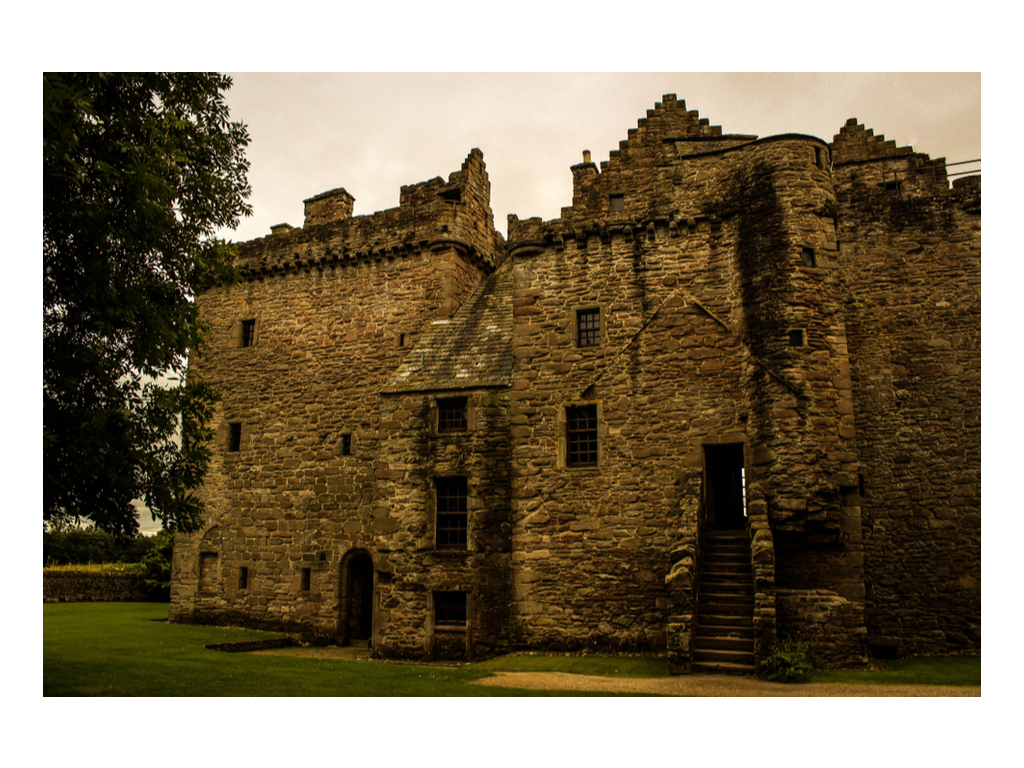 Huntingtower Castle, once known as Ruthven Castle or Ruthven Square, is located near the village of Huntingtower, close to the A85 and A9 highways, about 5 kilometers from the center of Perth, Perth, and Kinross in central Scotland, on the main road, Cliff. The Huntingtower castle was built in stages by the Ruthven family in the 15th century. For hundreds of years, it was called "Ruthven House" or "Ruthven Castle," or "Ryffane" for short, until the family was confiscated due to the Gowrie conspiracy in 1600 and Ruthven's name was suppressed by parliamentary bills. As reported by contemporary writers, "prinsipall howse callyd Ryven is now called Huntynge towre" and "River House is called Hunt tow rope."