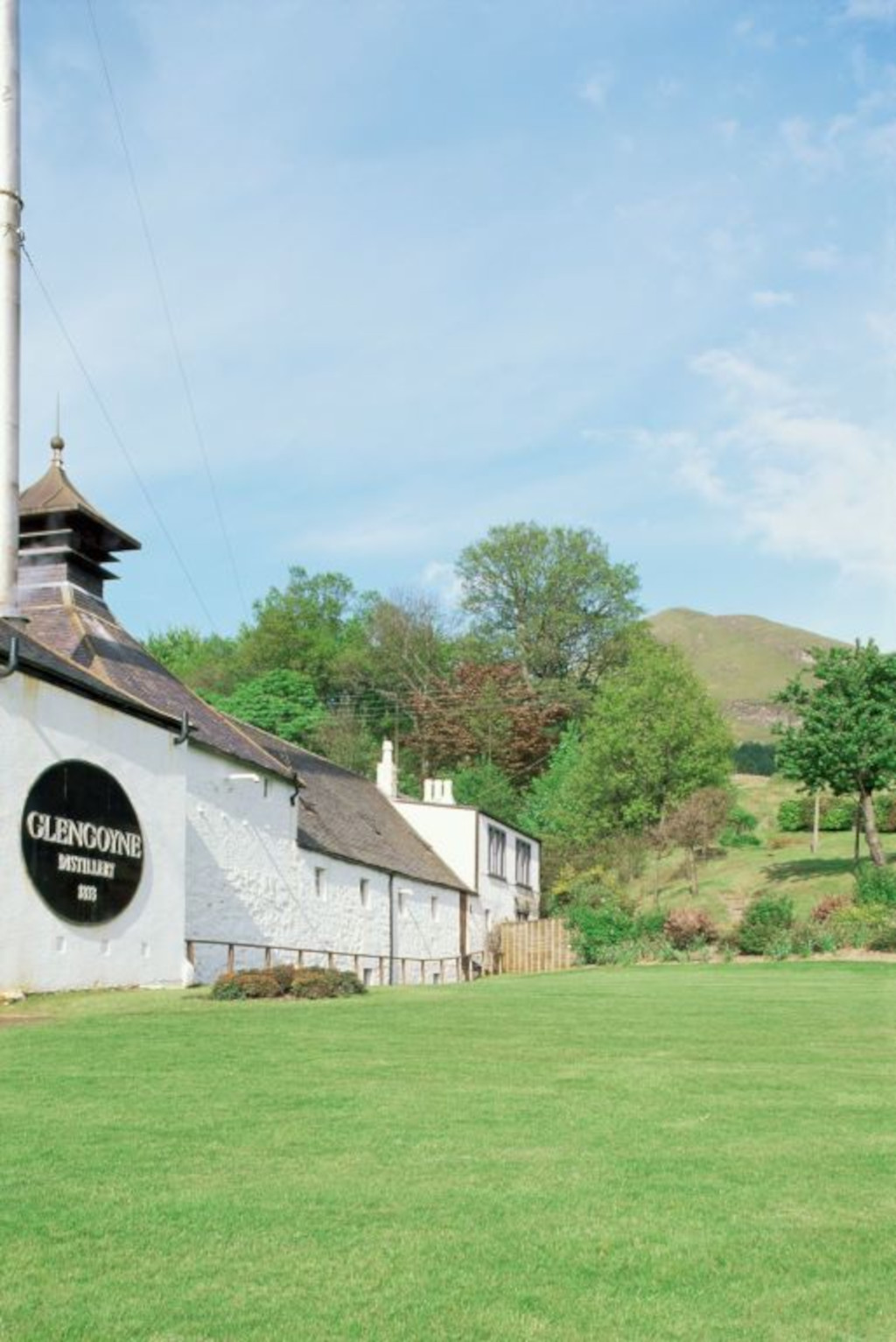 Glengoyne is a whisky distillery founded in 1833 in Dumgoyne north of Glasgow. Glengoyne is the only distillery in the Highlands to produce a whisky that matures in the Lowlands. Located on the dividing line between the Highlands and Lowlands, the distillery's stills are indeed in the Highlands. Still, the maturation storage areas have located some distance from them, in the Lowlands.
Glengoyne single malt is also the essential ingredient of the Langs blend.
Glengoyne remains the only distillery, along with Macallan, to use Golden Promise barley, which has a low yield but is of better quality. The distillery is supplied in water by the Glengoyne River, flowing from the nearby Dumgoyne Hill into the distillery grounds before flowing into Loch Lomond.