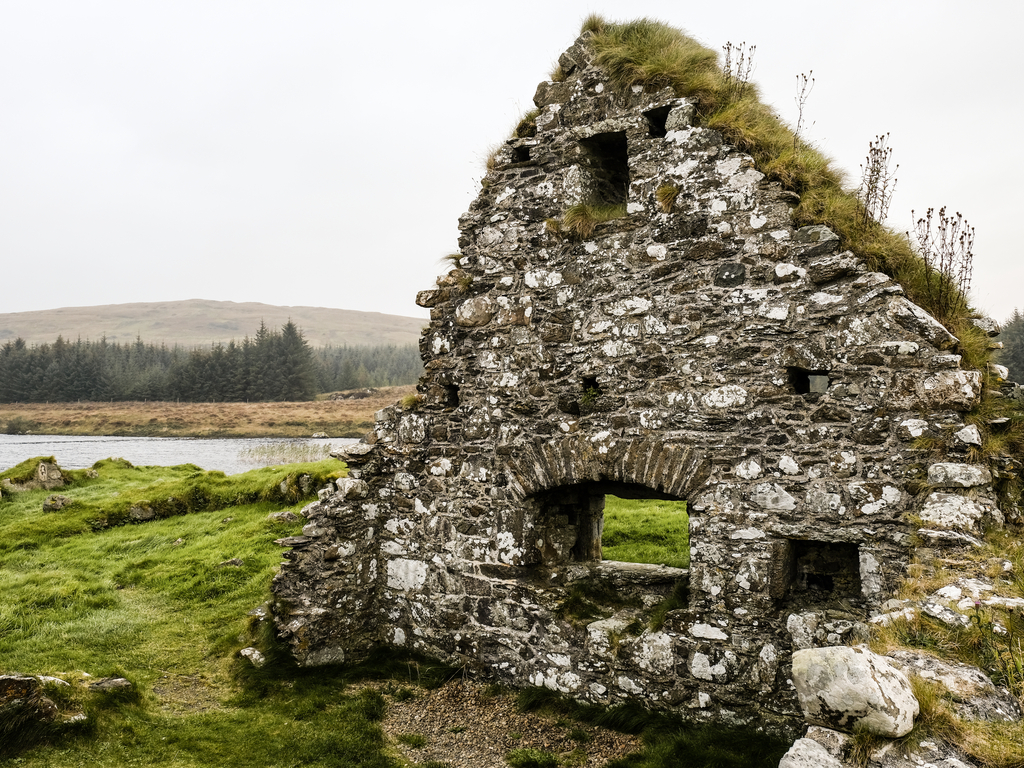 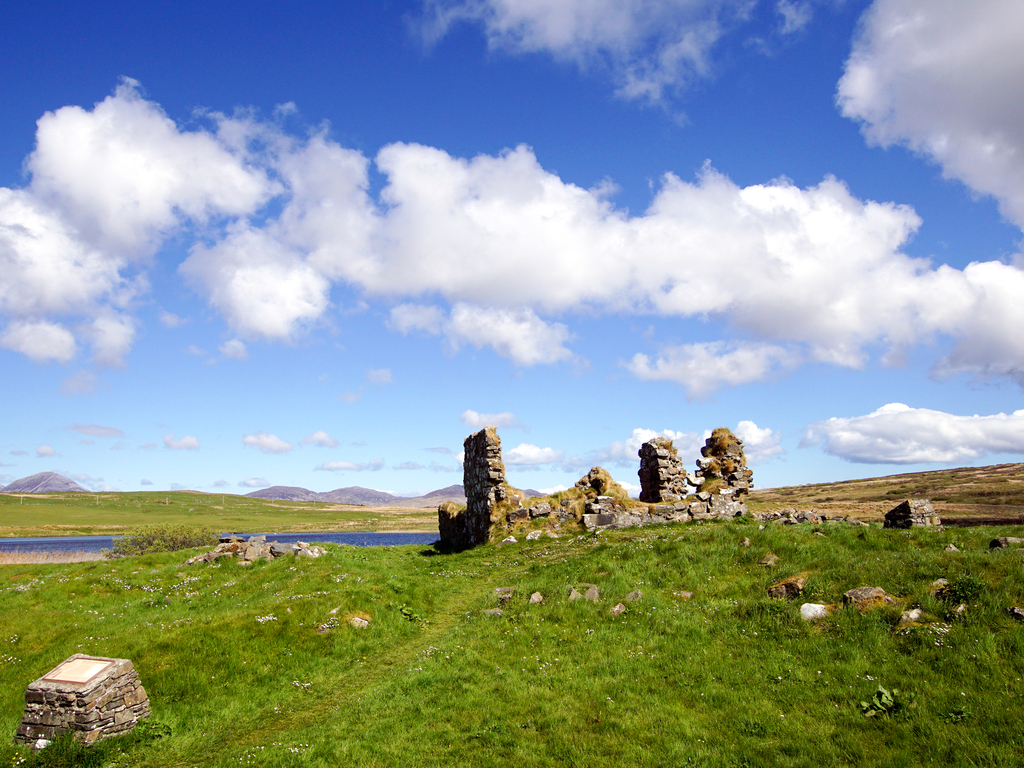 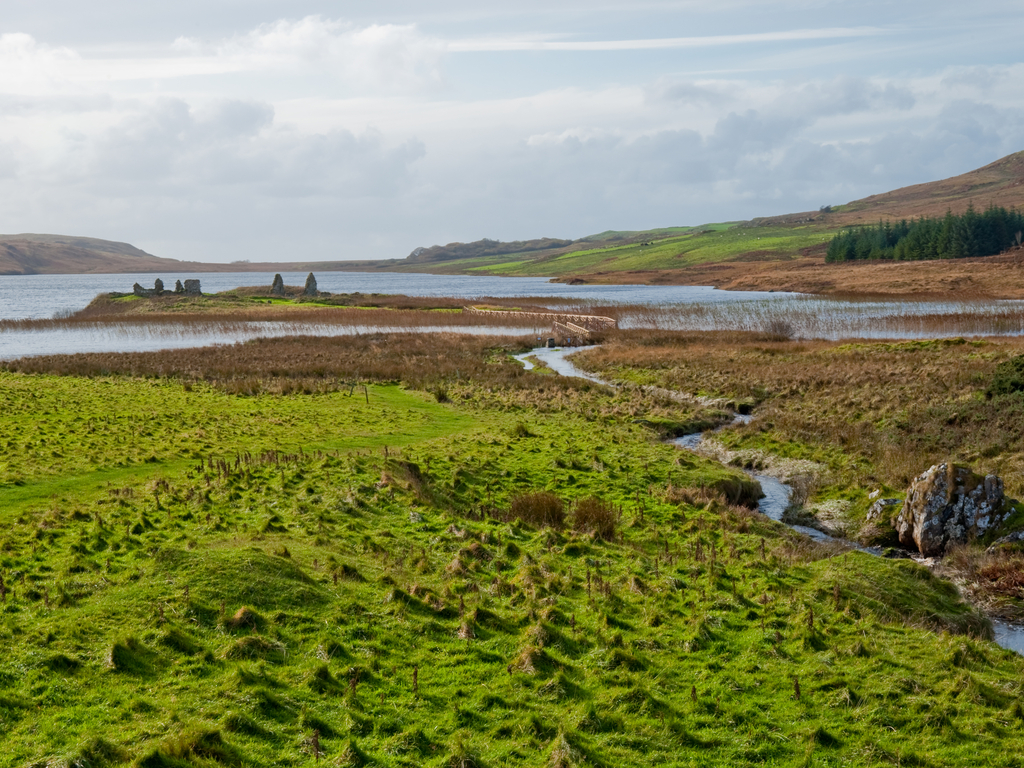 Finlaggan is a historic site on Eilean Mòr in the loch of Finlaggan. The loch, island, and castle of Finlaggan are located approximately two kilometers northwest of Ballygrant on Islay.

Finlaggan was the foundation of the lords of the islands and Clan Donald. Two of the three islands in the vast landscape surrounding Loch Finlaggan, Eilean Mor (Great Island) and Eilean a Comhairle (Council Island), were the administrative center of the Lordship of the Isles from the 13th to 15th centuries until 1493, when the Lordship of the Isles passed to James IV of Scotland, who managed the territory through a tenant-in-chief.

The Finlaggan Trust maintains the site and has also refurbished a derelict cottage into a comprehensive museum. This contains many artifacts found during archaeological excavations: from a quilted sheep's wool worn under armor to an ancient reticulated lord.

The site has recently been the subject of archaeological research and hosted an episode of Channel 4's archaeological television program Time Team in 1995. In the summer of 2008, the center was extensively renovated and extended. The stone walls of a medieval chapel devoted to St Findlugan on Eilean Mor were stabilized, and several 16th-century tombs were displayed and covered with large glass panels. In May 2019, a scientist from the University of St Andrews, in collaboration with the Finlaggan Trust and the National Museum of Scotland, advertised a virtual reality rebuilding of the settlement in the earlier 15th century based on archaeological information. The rebuilding will be displayed in the visitor center.