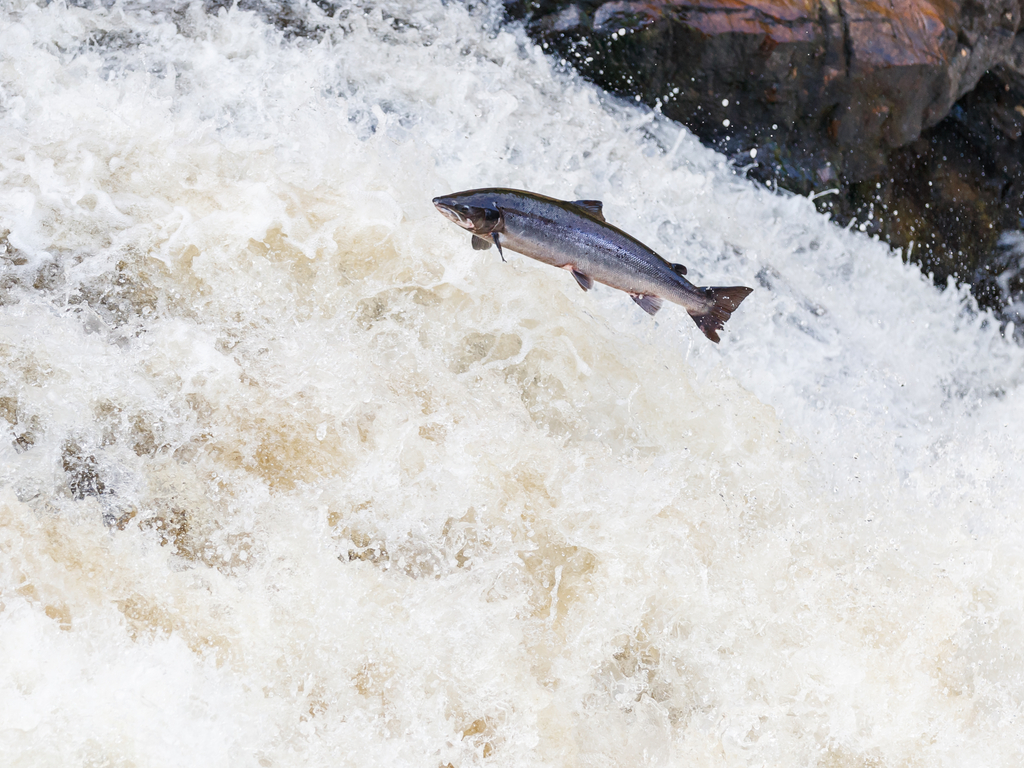 Each year in the summer months, the fish venture from the ocean, swimming up the Dornoch Firth and Kyle of Sutherland, eventually reaching the Falls. The fish then battle against the water's mighty torrent to return to where they originally spawned in the River Shin. Spot the salmon leaping upstream between May and September, taking in the spectacular views of the River Shin and the vast pine forest that edges its banks. The surrounding woodland has various levels of walking routes. There are four paths for you to choose from, including a Playpark with Mini Golf to keep the children entertained.
The Restaurant and Giftshop, run by Mac & Wild, allows visitors to relax after witnessing nature's wonders. Mac & Wild initially set up two restaurants in London, showcasing fine Scottish produce. At the Falls of Shin location, expect natural produce - sourced only 6 miles away - cooked and enjoyed in a relaxed setting.