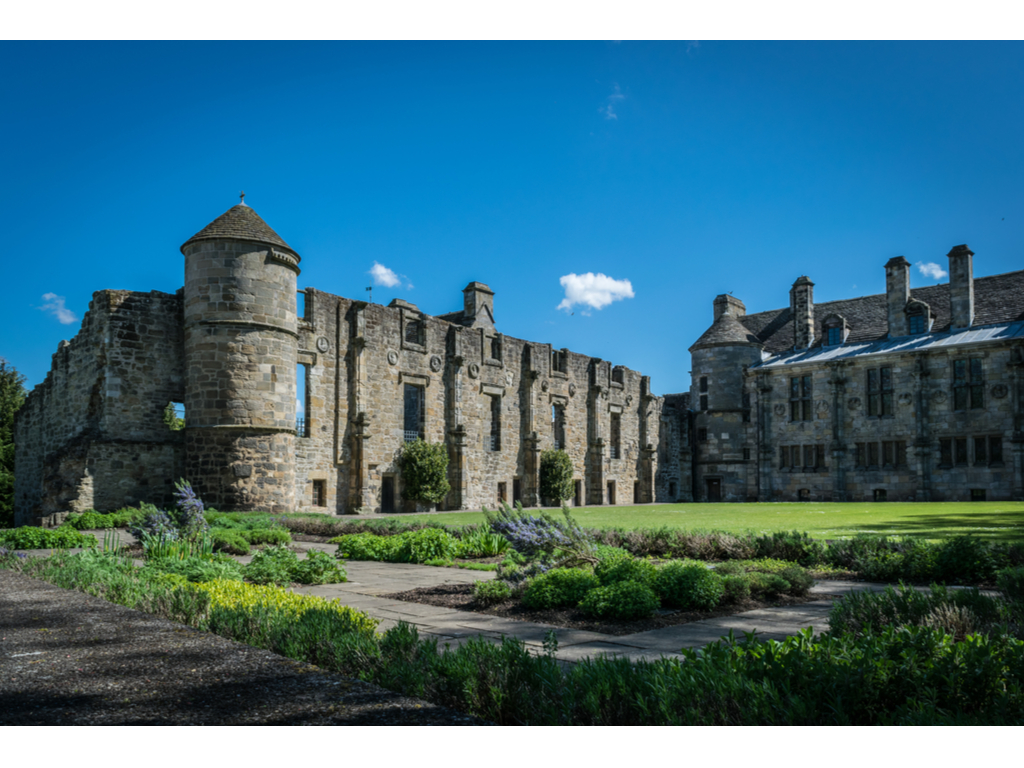 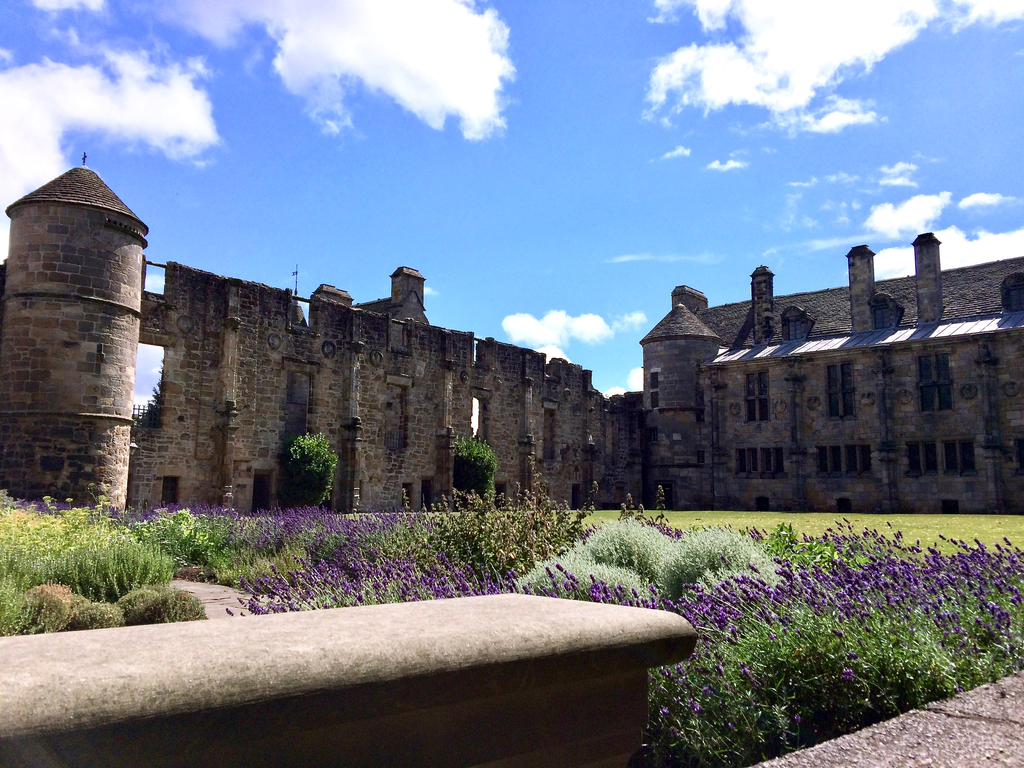 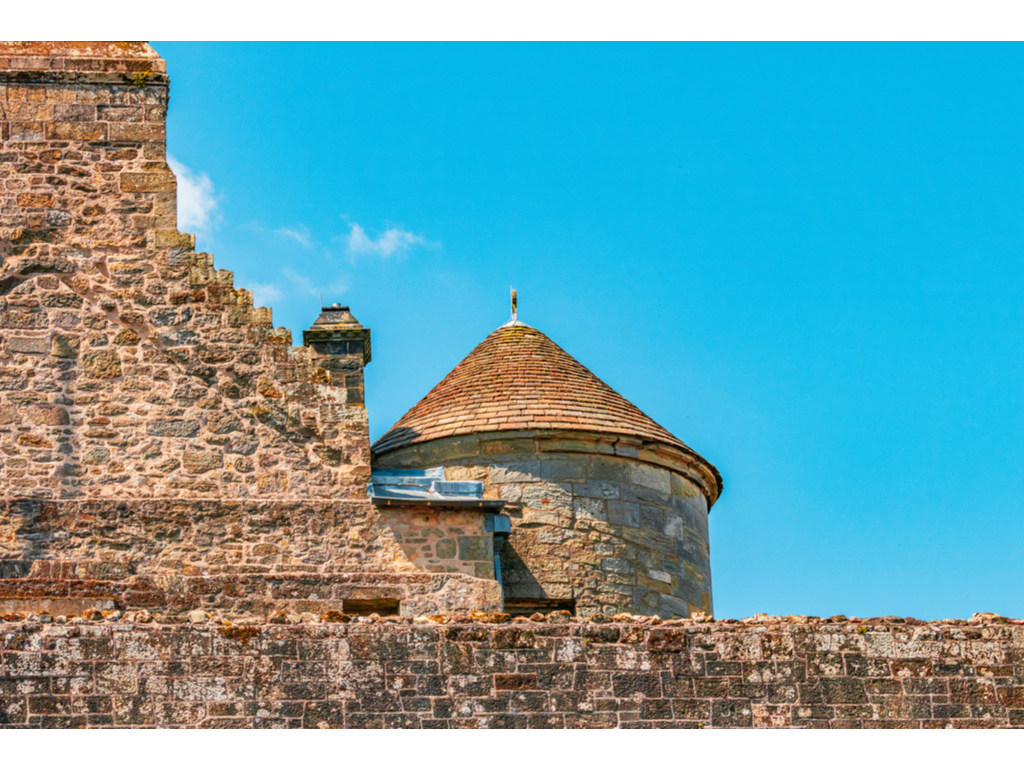 Falkland Palace is an ancient palace of the kings of Scotland located in Falkland, Fife. It is now run by the National Trust for Scotland and is a tourist attraction.

Falkland is a splendid Renaissance country palace, built with a French touch by James IV and James V in the 1500s. The Royal Palace at Falkland was a favored hunting retreat for the Stuart monarchs, including Mary Queen of Scots.
The palace is elaborately decorated and furnished with antiques from the Stuart dynasty, 17th-century Flemish tapestries, and superb 19th century painted interiors. The Royal Chapel, which dates from the reign of James V, is still used as a place of worship today. The palace also boasts Britain's oldest tennis court, built-in 1539, and the only surviving Percy Cane-designed garden.
The palace and gardens host events throughout the year.

The Royal Chapel is located in the terraced south wing, while the King's Chamber and Queen's Hall are in the east wing. Visitors can also see the gatekeeper's flats in the gatekeeper's house. In the gardens, the original Palm Court, built-in 1539 before Henry VIII's Hampton Court, still stands. It is the oldest tennis court still in use and is the home of the Royal Tennis Club at Falkland Palace.

Dunclutha is a spacious old Rectory in Leven, Fife. Overlooking a church at the front, the house is a substantial spacious house full of character.

The perfect place to relax, refresh and reconnect.  Beautifully appointed, spacious and contemporary, converted riverside mill in an area of oustanding natural beauty only 6 miles from St Andrews, in the heart of the Kingdom of Fife.