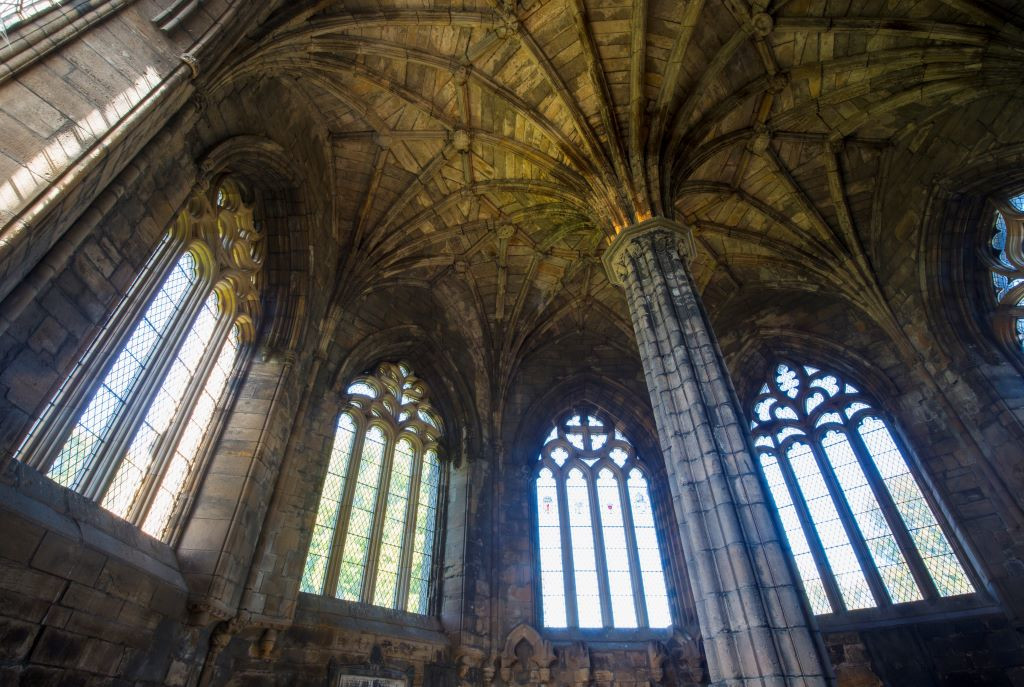 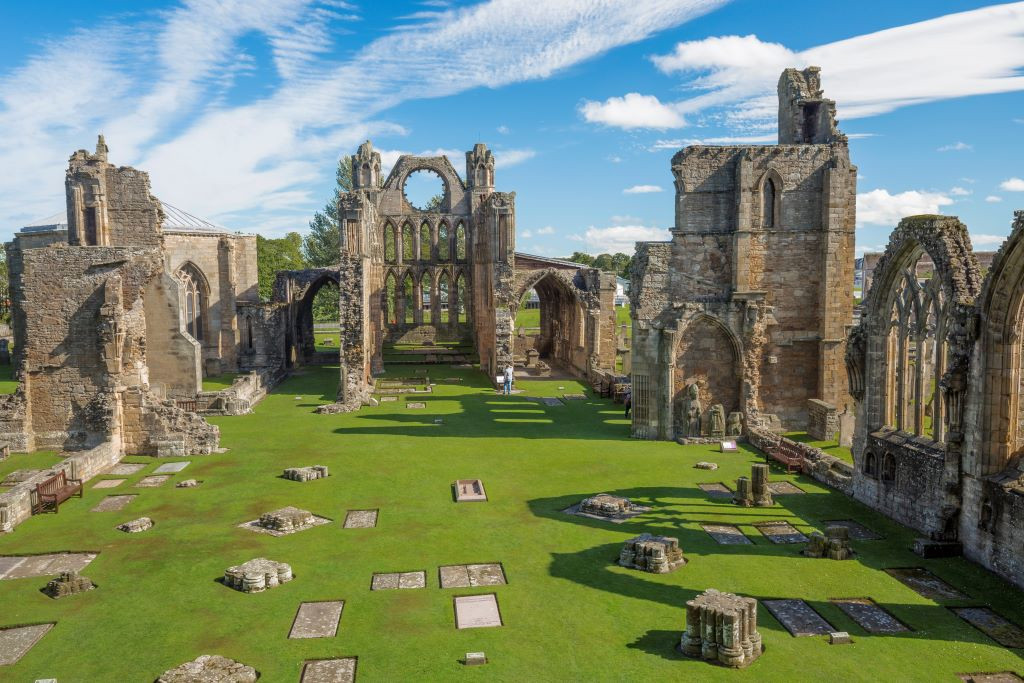 Elgin Cathedral, sometimes referred to as the "Lantern of the North," is a ruined thirteenth-century cathedral located in Elgin in Moray, northeastern Scotland.

The cathedral probably dates from the thirteenth century, but the Diocese of Moray (of which Elgin was the seat) was founded in 1107. The oldest parts of the building, the choir, and transepts are dated 1224. The choir has a large façade with lancet windows, similar to those in English cathedrals, but it is considered to date from 1270 when the cathedral was rebuilt after a fire. This disaster was repeated in 1390, and the chapter house on the north side was rebuilt afterward.