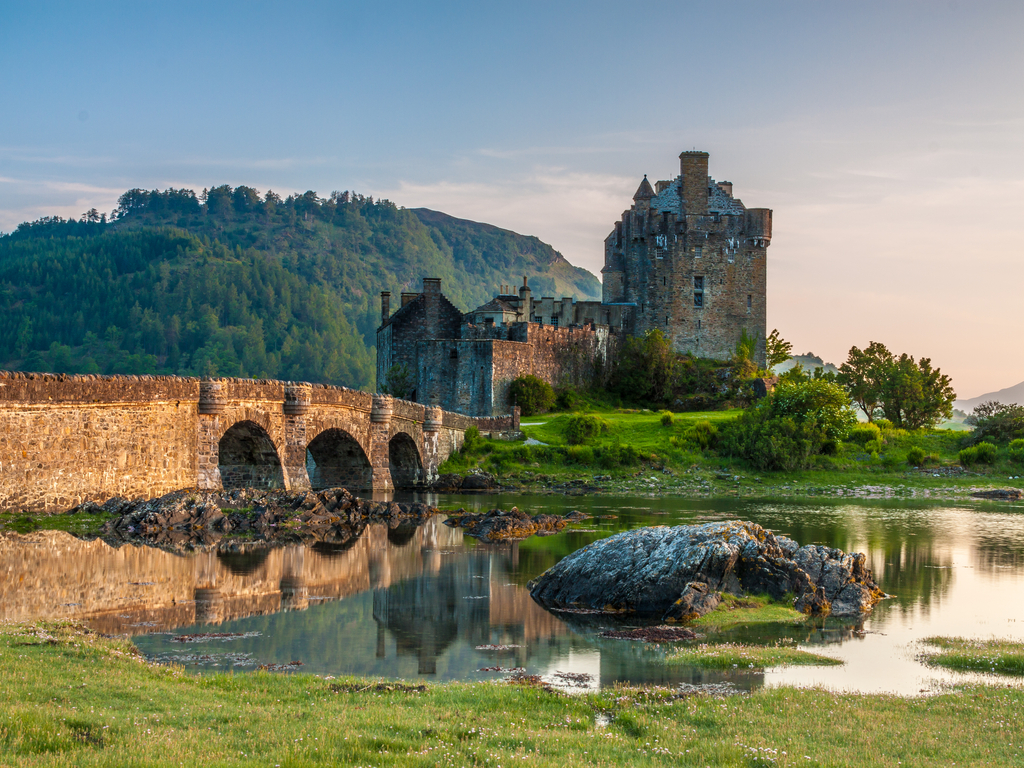 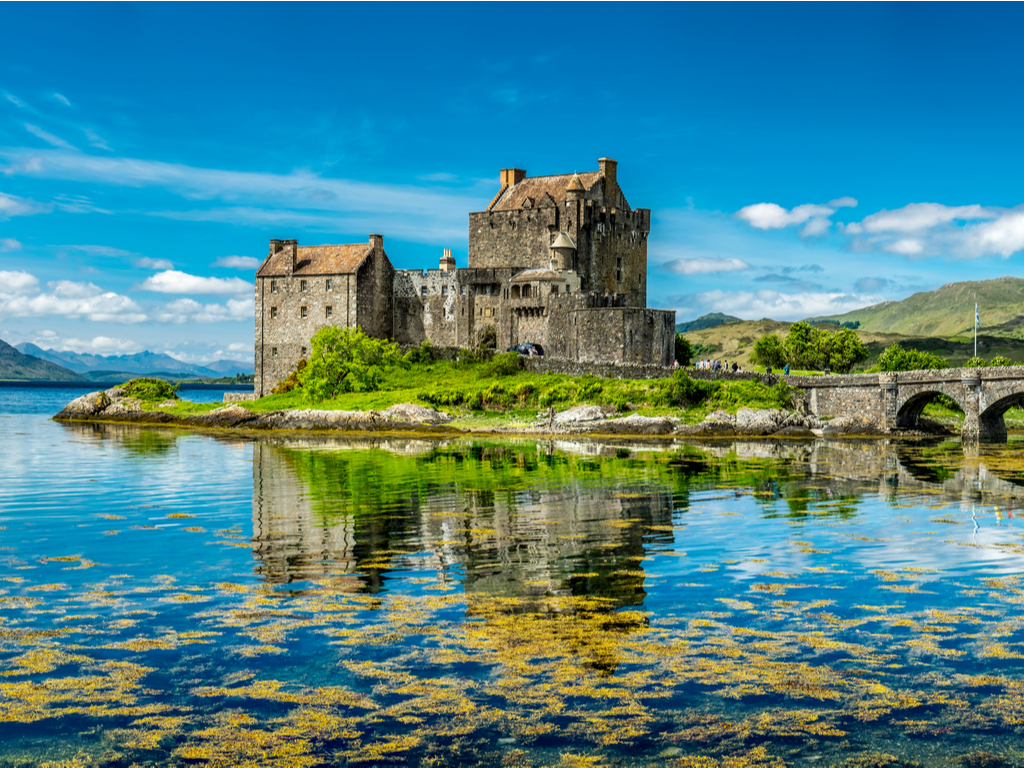 Eilean Donan is an island in the United Kingdom located in Scotland, managed by the Highland Council Area. It is accessible to the island of Great Britain by a stone bridge that leads to a castle that covers a large part of the island.

This castle, built many times from the beginning of the 13th century, was abandoned in a state of ruin in 1719. Bought by the MacRae clan, it was rebuilt between 1912 and 1932, preserving the architectural style. Since then, it welcomes many visitors who consider it the most romantic castle in Scotland. It is also among the most photographed castles in Scotland and has been used as a set for many films.