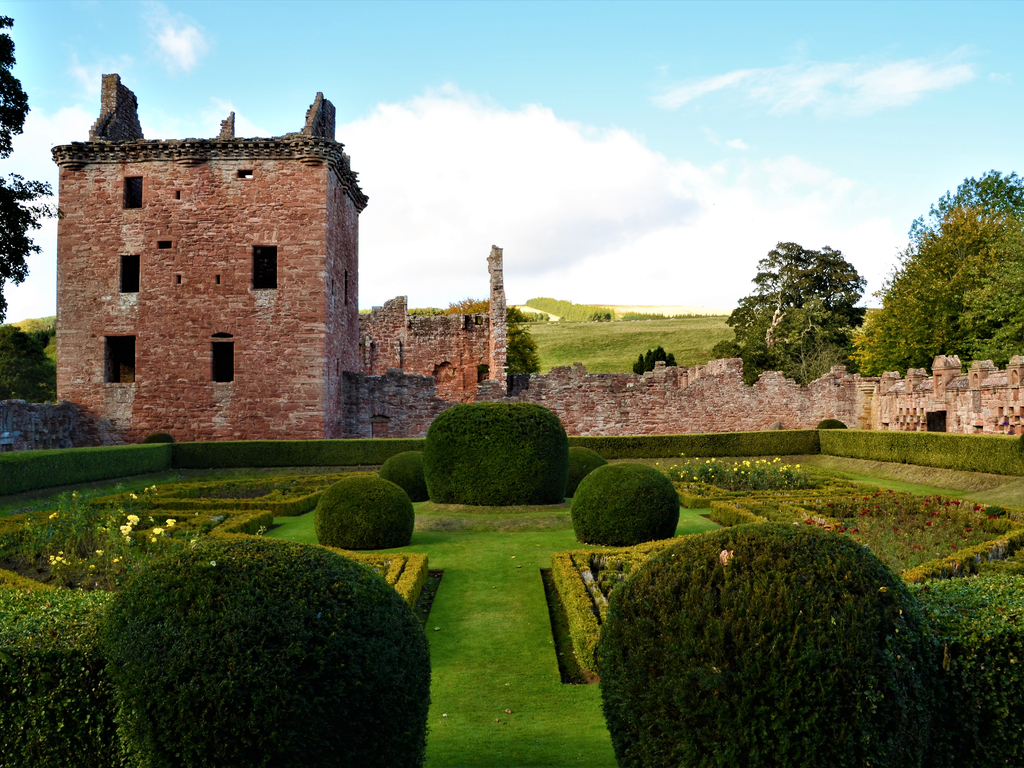 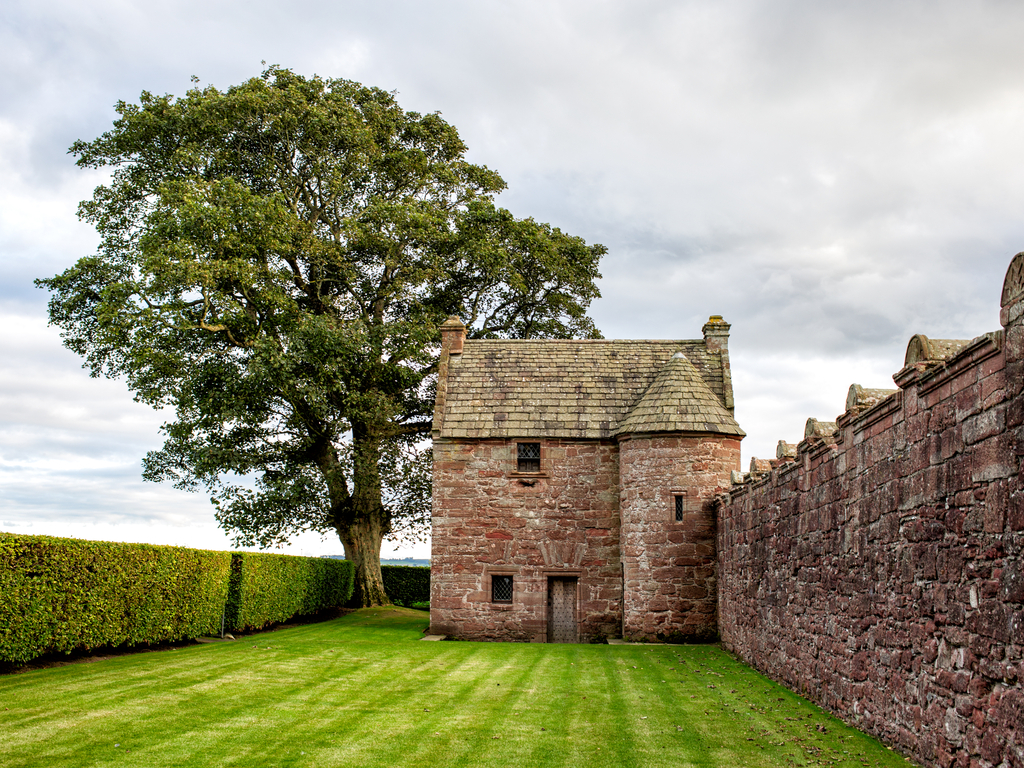 Edzell Castle is a ruined 16th Century Castle, famous for its walled garden. Built by the 9th Earl of Crawford, Sir David Lindsay, the castle saw little military action and was used primarily as the Lindsay family's country residence.

With a grand tower house at its centre, the residence comprised luxurious family rooms on the north side with a gatehouse range containing housed state apartments. Famous guests of Edzell include Mary Queen of Scots in 1562 and her son, James VI, in 1580 and 1589.

The most notable feature of the Edzell estate is the walled garden, added in 1604. The current garden layout was recreated in the 1930s; however, its most famous features remain original: the four enclosing walls of the garden possess a series of carved panels unique in Scotland and earning Edzell a place in the art history of the European Renaissance. The Panels depict the Seven Liberal Arts, the Seven Cardinal Virtues, and the Seven Planetary Deities.

The motte, still known as Castlehillock, is all that remains of the first Edzell Castle. It lies southwest of the later castle, close to a bend in the West Water, and remains visible as a low mound.