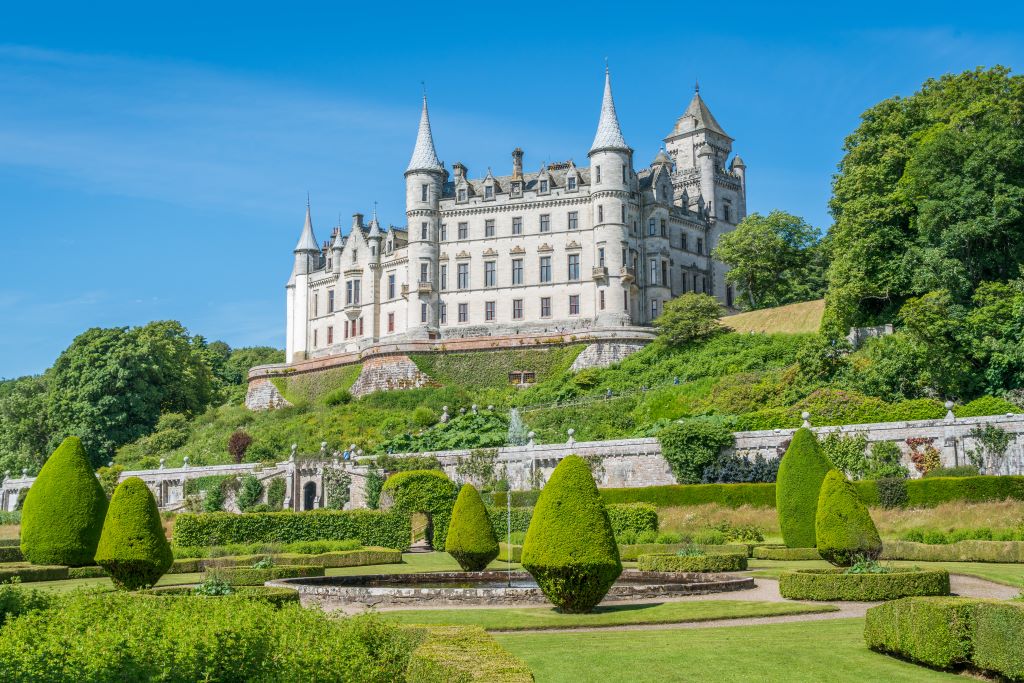 Dunrobin Castle originates from the Middle Ages, and was the home of the Earl and Dukes of Sutherland. With towering spires, this grand home resembles a French chateau and was influenced by the architectural styles of Sir Charles Barry and Scotland’s own Sir Robert Sir Lorimer with Sir Charles Barry adding most of the current buildings and gardens between 1835 and 1850. Although the castle has had many extensions and alterations, you can see parts of the original building in the interior courtyard. Thoughout the years, the castle has been used as a naval hospital in the First World War as well as a boarding school for boys. Located 1 mile north of Golspie, Dunrobin Castle is now open to the public.