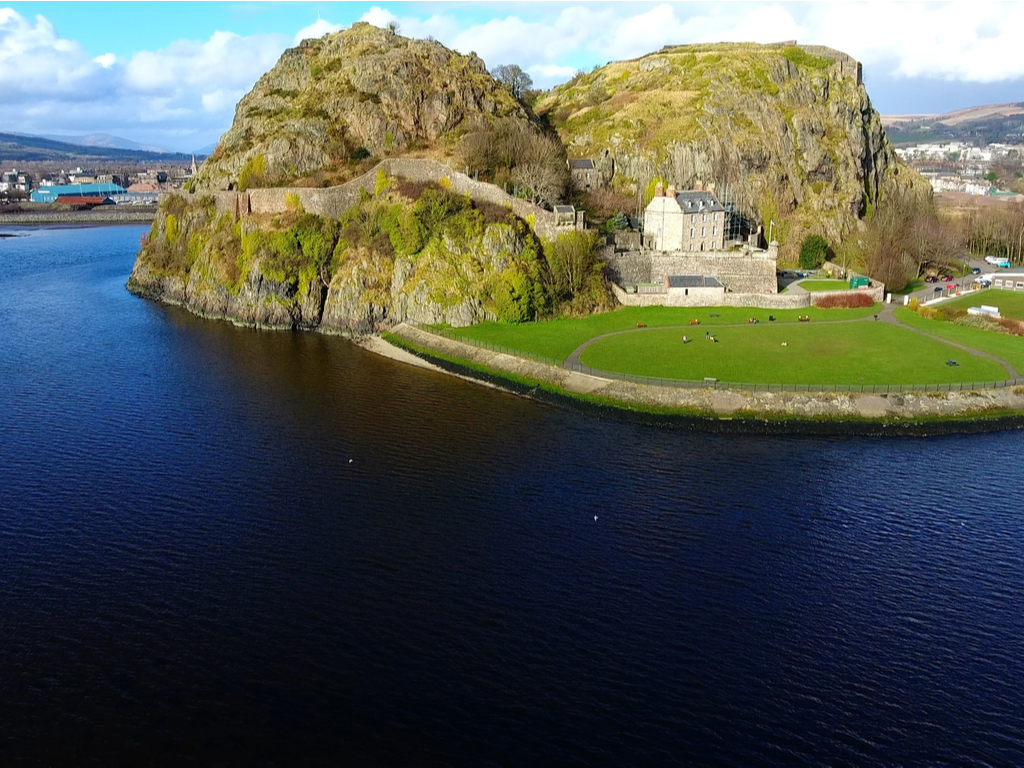 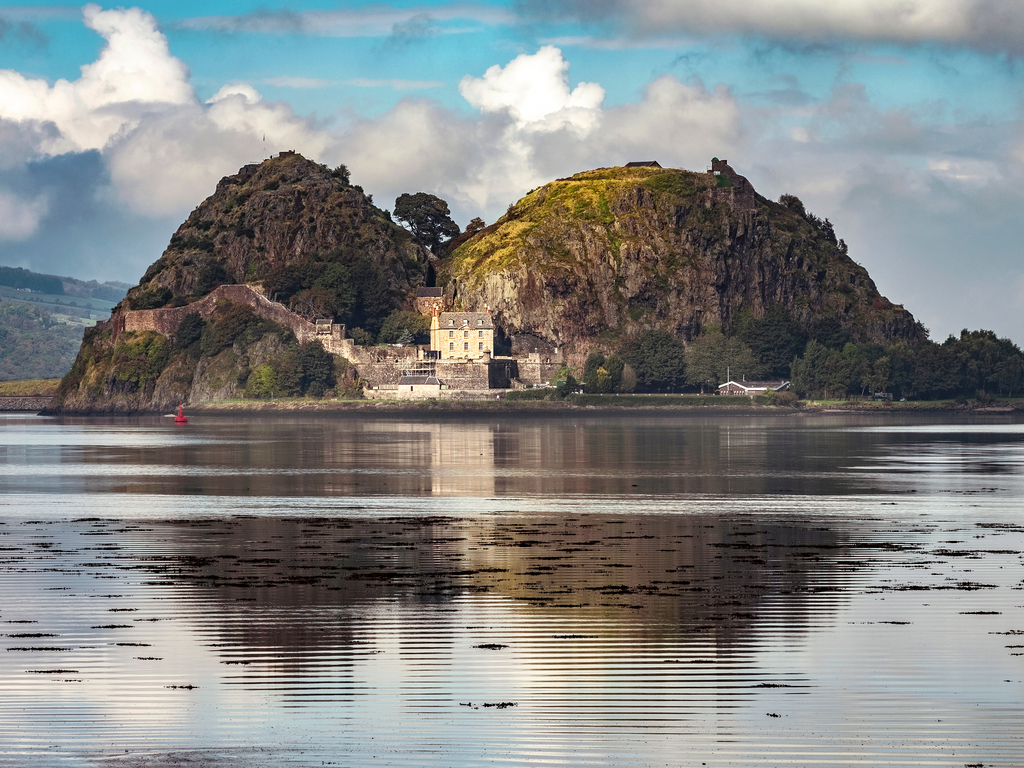 Dumbarton Castle, "the fortress of the Bretons," has the most extended recorded history of any fort in Britain. Perched on a basalt volcanic outcrop, known as Dumbarton Rock, 73 m high, it overlooks the Scottish town of Dumbarton.
According to the regional museum, Dumbarton Rock is a basalt volcanic plug created 334 million years ago, with the outside of the volcano having disappeared.
This fascinating volcanic embolism is Dumbarton Rock, filled with a volcano crater that was active 350 million years ago. The rock is exposed and inaccessible from all directions.

Throughout the long history of Dumbarton Castle, it has been the royal residence and fortress and has many fascinating connections from the Vikings to the Scottish War of Independence. Mary Queen of Scots sailed from here to France in 1548 when she was a child.
Dumbarton Castle is the center of the Kingdom of Strathclyde and is said to have been visited by Merlin. It became the cornerstone of royal power in the Middle Ages and later became a military base and prison. You can explore its many fortifications on our interactive family trail.