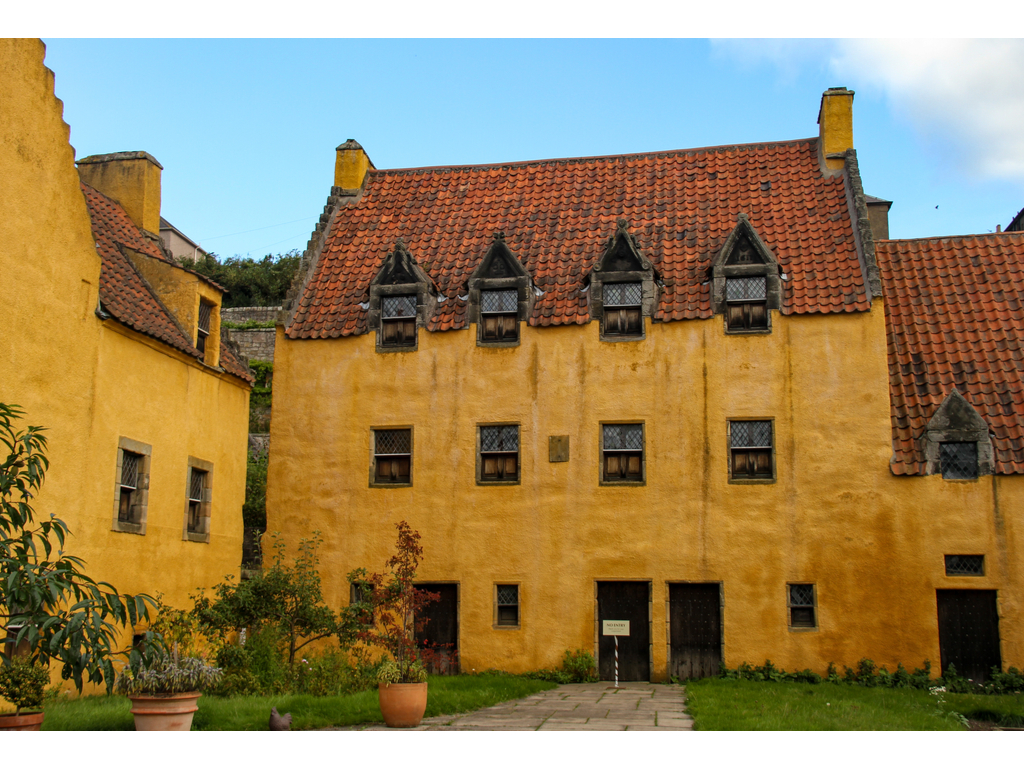 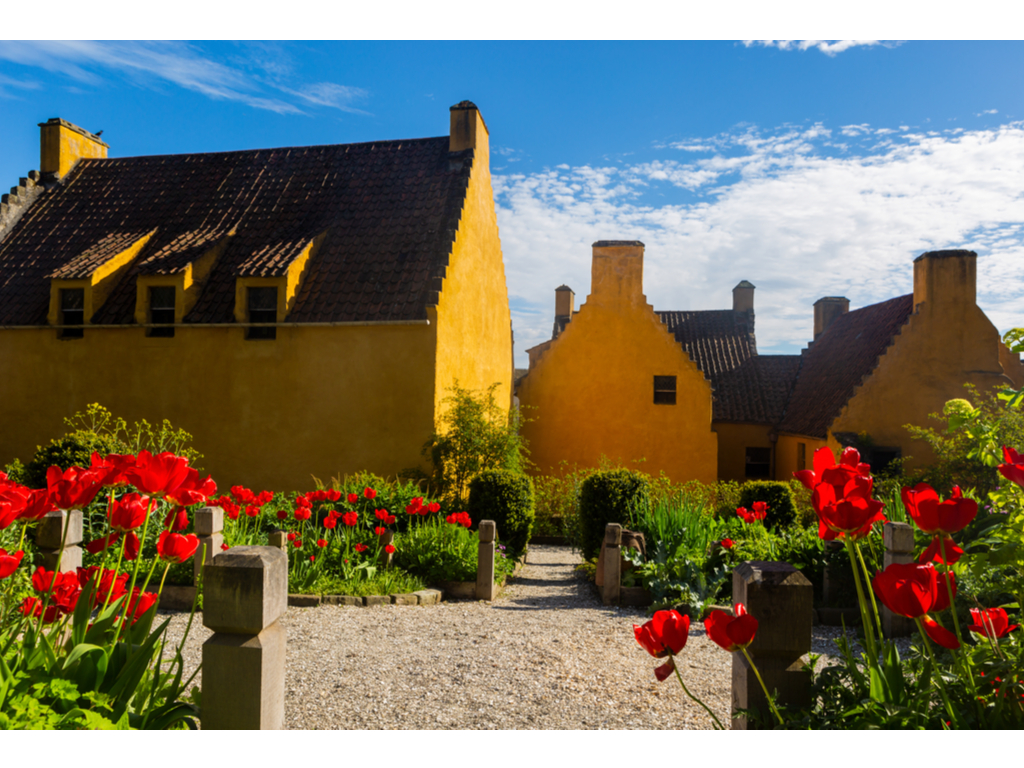 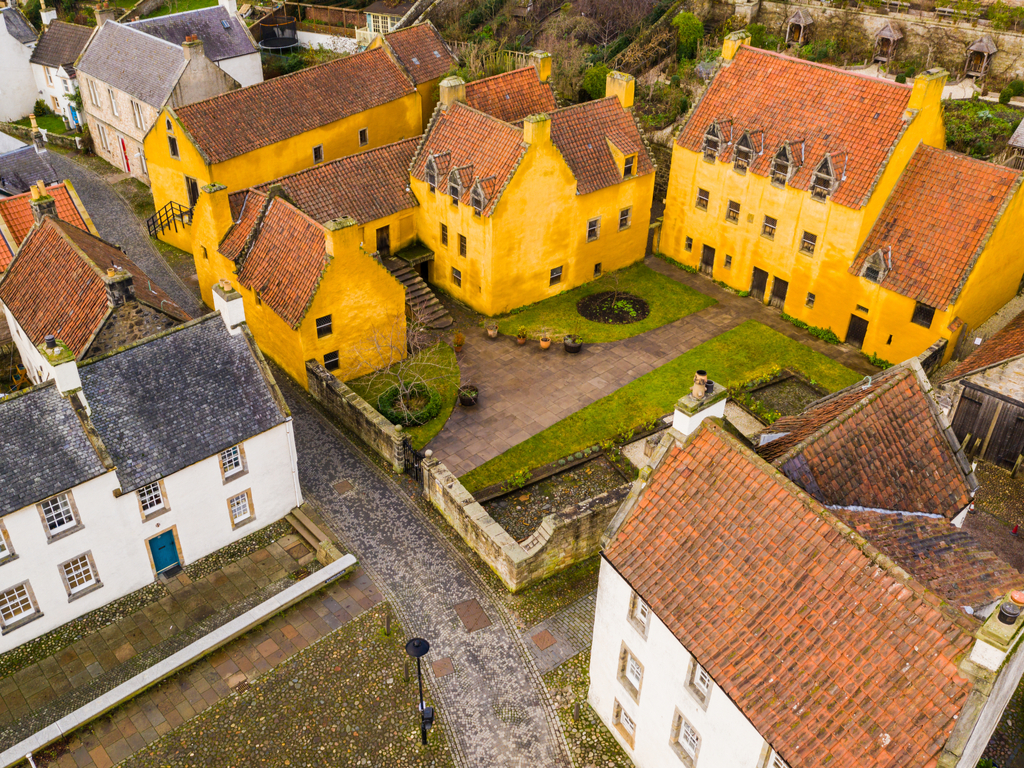 The palace, or 'Great Lodging,' was built between 1597 and 1611 by Sir George Bruce, the Laird of Carnock. Bruce was a prosperous merchant who had a thriving trade with other ports in the Forth, the Netherlands, and Sweden. He had interests in coal mining, salt making, and transportation and is credited with digging the world's first coal mine to spread under the sea.

Many materials used in the construction of the palace were obtained in Bruce's foreign trade. Baltic pine, red tiles, Dutch floor tiles, and glass were all used. The exterior boasts stepped gables, including a statue of a veiled woman posing on the gable step. The palace has fine interiors, with decorative murals and ceilings, 17th and 18th-century furniture, and a fine collection of Scottish and Staffordshire ceramics.

Although never a royal house, James VI visited the palace in 1617. The castle is now under the care of the National Trust for Scotland, which has restored a model 17th-century garden with raised beds, a covered walkway, and shell tracks. The herbs, vegetables, and fruit trees planted in the park are used in the early 17th century.

Dunclutha is a spacious old Rectory in Leven, Fife. Overlooking a church at the front, the house is a substantial spacious house full of character.

The perfect place to relax, refresh and reconnect.  Beautifully appointed, spacious and contemporary, converted riverside mill in an area of oustanding natural beauty only 6 miles from St Andrews, in the heart of the Kingdom of Fife.