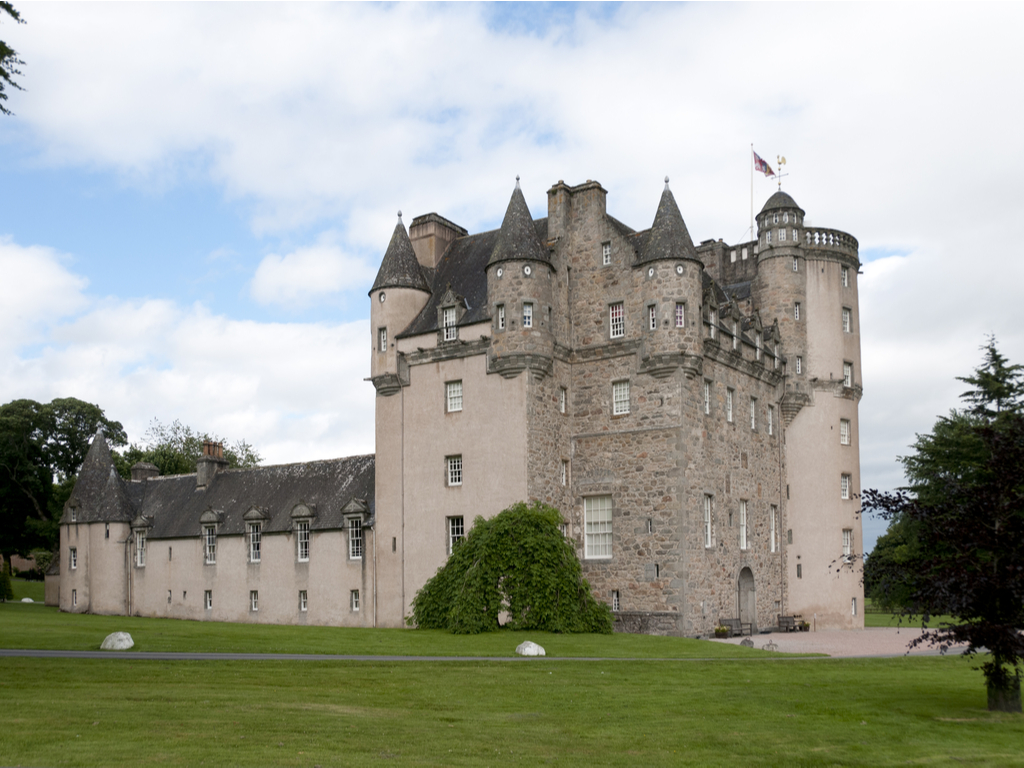 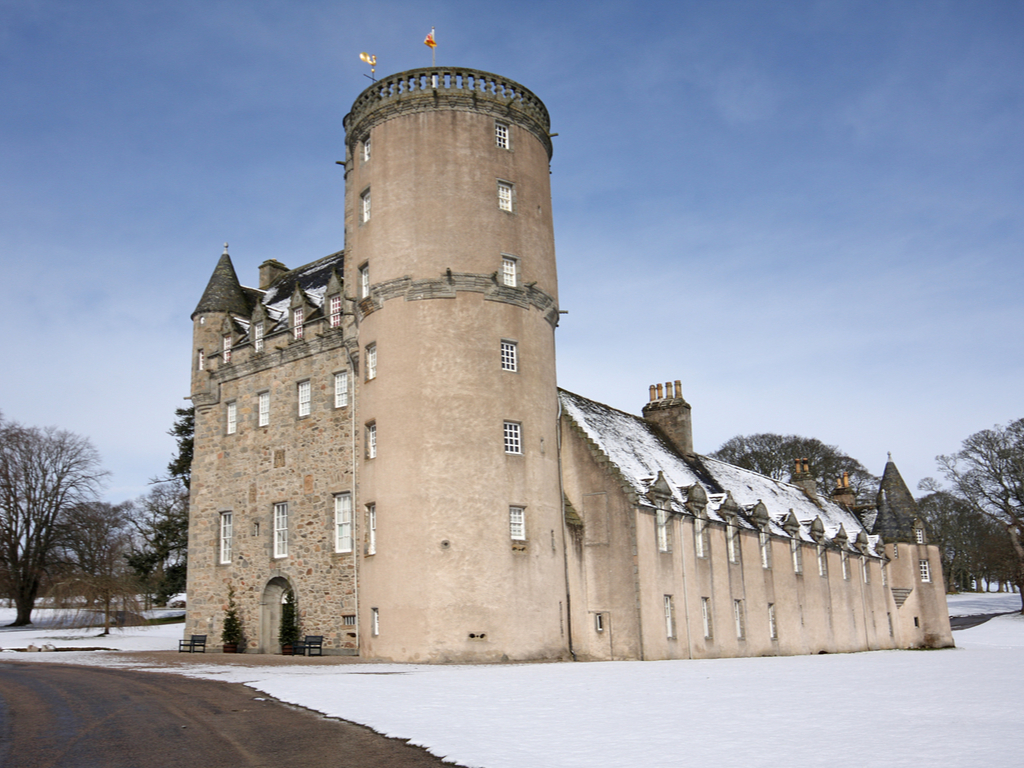 The castle is known locally as Castle Fraser, after the family who lived there for four centuries. Previously it was known as Muchill-in-Mar Castle until 1695. The family is thought to have originated in Anjou, France. The name Fraser is believed to come from Fredarius, Fresel, or Freseau. Another hypothesis is that the Frasers were a Gallic tribe whose coat of arms was a strawberry tree.

With a core that probably dates back to the 1450s, Castle Fraser is an excellent place to soak up the environment of old Scotland. Later additions have turned the building into a substantial fortified structure, one of the largest tower houses in the country.
Home to the Fraser family for over 400 years, the castle is filled with family portraits, ornaments, and memorabilia, all of which have their own colorful story to tell on the lairds.

The old walled garden includes individual trees, herbaceous borders, a medicinal border, and organically grown fruit and vegetables.
The designed landscape we can see today at Castle Fraser was created in the 18th and early 19th centuries. As you walk along the paths of this attractive park, you can see how the estate's design combined practical functionality with impressive views.