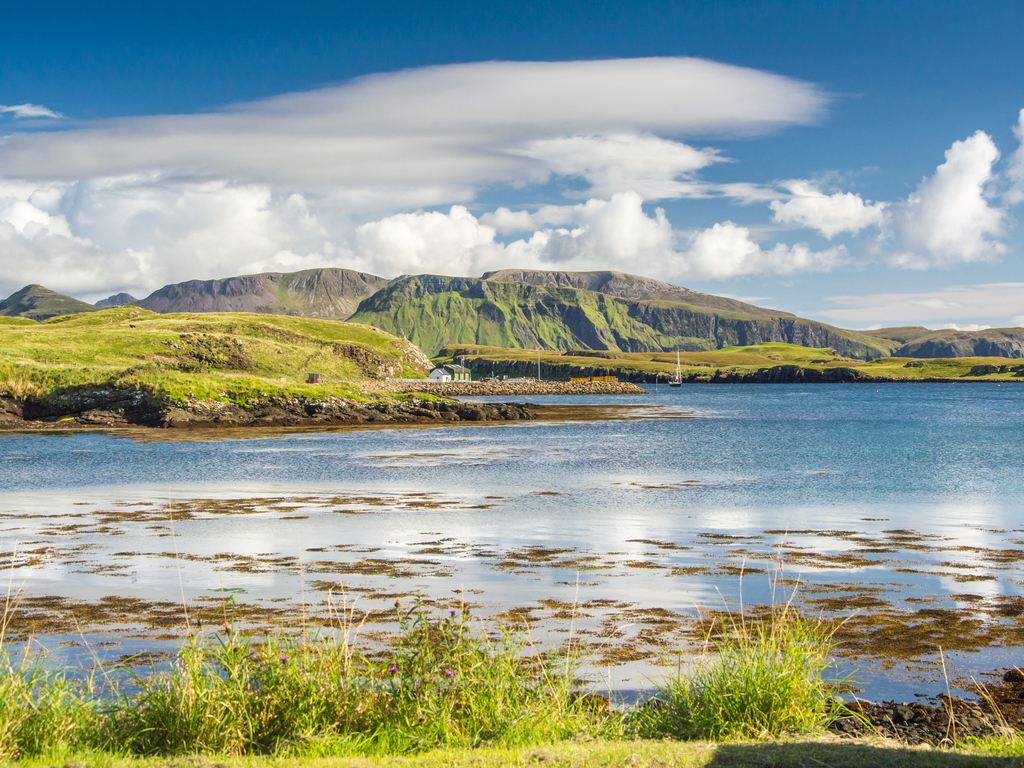 Canna is an island in the United Kingdom, part of the Small group of islands in the Inner Hebrides of Scotland. Canna is located in the Hebridean Sea and is part of the Highland Council area.

Canna contains fortification ruins at Dùn Channa in the far west and the ruins of An Coroghon Castle in the east.
The island soon became a Christian site, as evidenced by a broken cross at A'Chill near a church dedicated to St Colomba.
The island was the domain of the Ranald clan until it was sold in 1820 to Hector Munro, who wiped out much of the population.
After passing through many owners, the island was purchased in 1981 by the National Trust for Scotland, which records and preserves Scottish heritage.

Canna is also a birdwatching sanctuary and is surprisingly rich in archaeological landscapes.