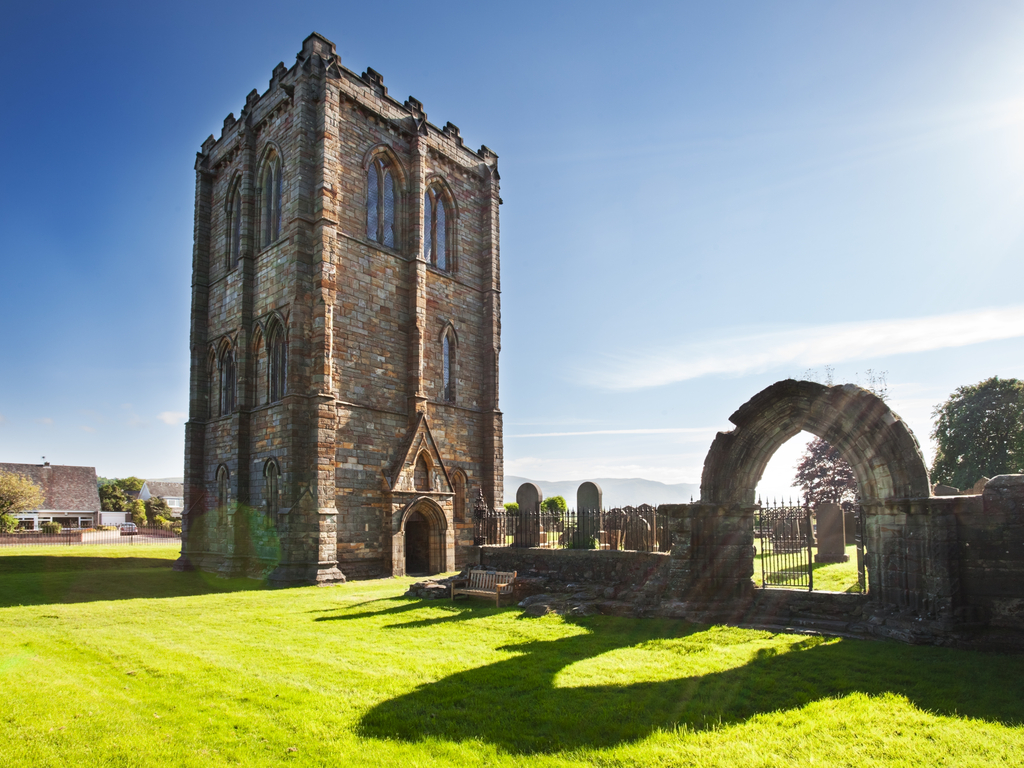 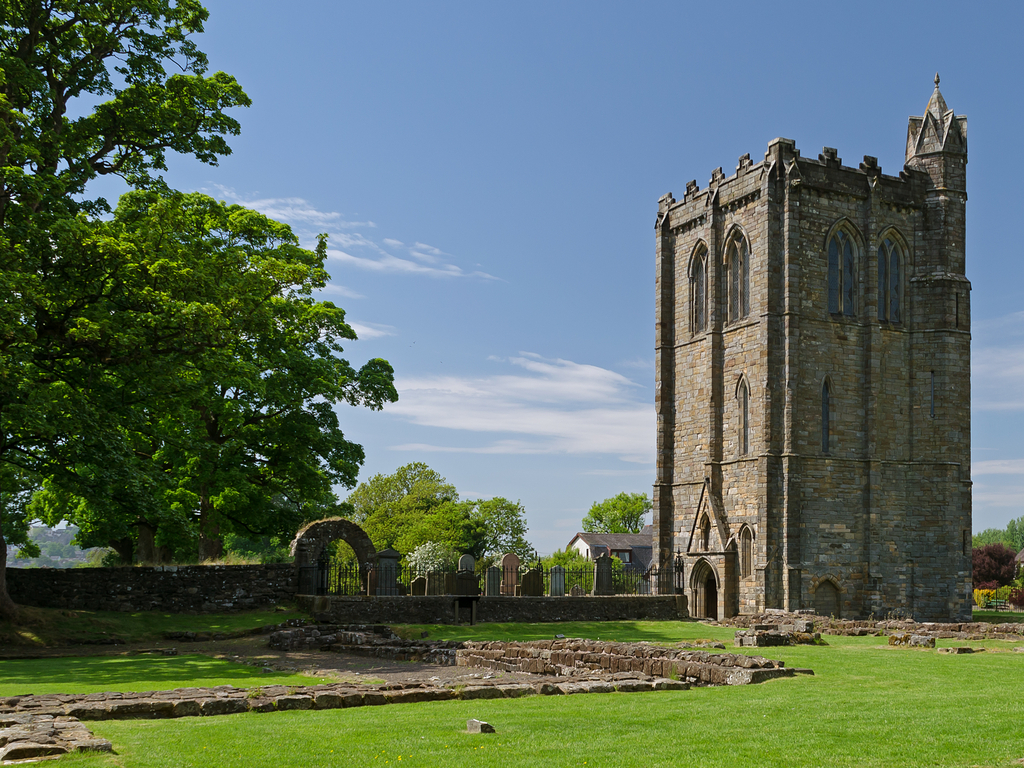 Cambuskenneth Abbey was founded in 1140 by King David I; the building that survives today was constructed during the 13th century. Though most of the building was destroyed during the Scottish Reformation, and the stone used to build Mar's Wark, the bell tower survives as an extraordinary piece of architecture and history. It is one of a few examples of 13th-century architecture that survive in Scotland and has a huge historical significance being the final resting place of King James III and Queen Margaret of Denmark, whose tombs are still at the site today. The abbey is surrounded by green fields and has a gorgeous view of Abbey Craig and the National Wallace Monument.